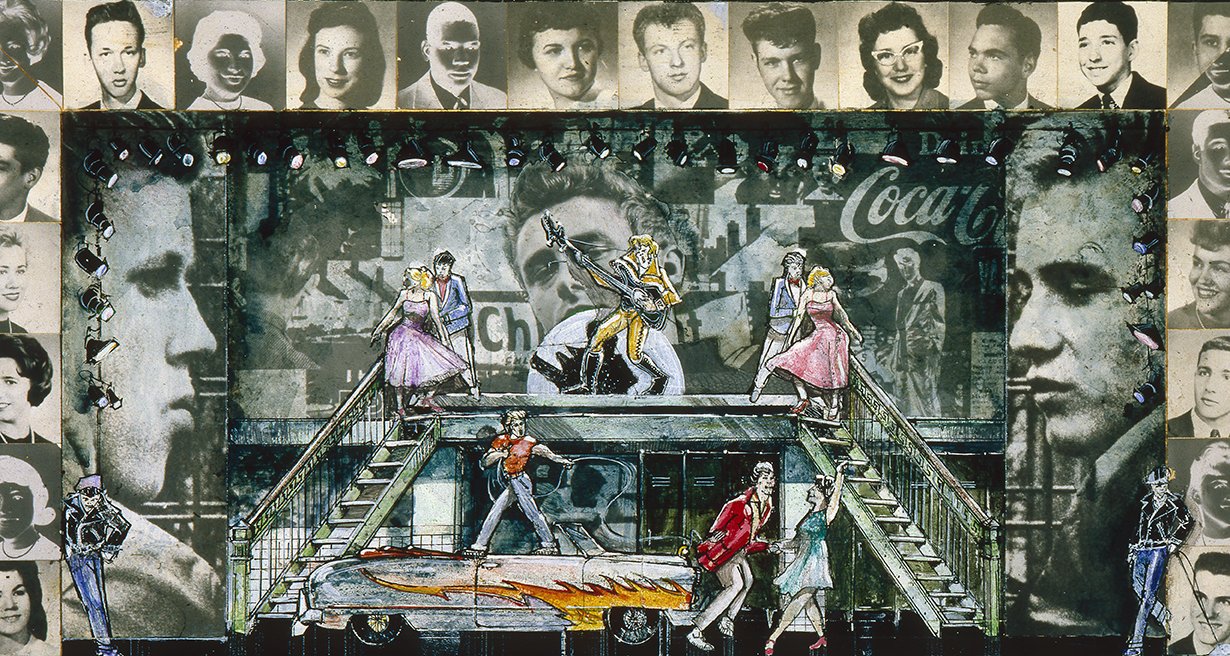 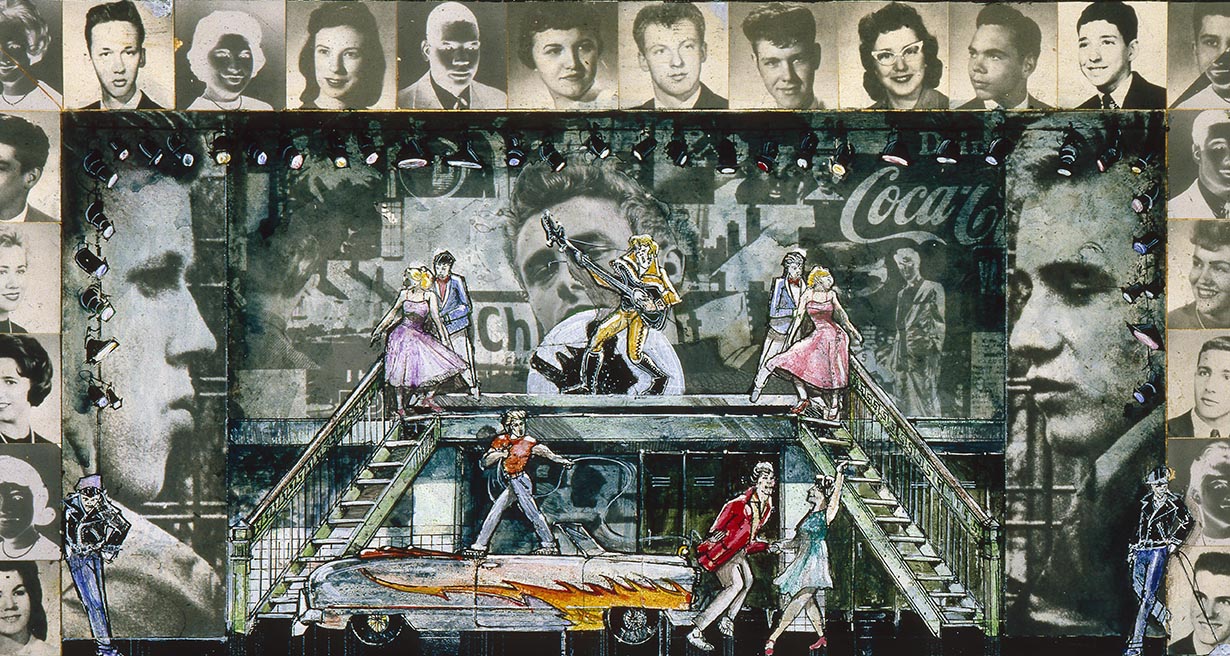 As musicals enter their second century, Broadway continues to play a lead role in defining what it means to be American. Drawing upon the McNay’s theatre collection, this exhibition takes a selective look at the unique blending of song, dance, and story known as the “musical.” Show tunes set the tone for each of the exhibition’s thematic sections.

Cole Porter’s Anything Goes (1934) announced Broadway’s independence from Europe. Dancers had stripped off the plumed headdresses of Florenz Ziegfeld’s Follies. Taking their cue from Eubie Blake’s Shuffle Along (1921), musicals from No, No, Nanette (1925) to The Drowsy Chaperone (2006) tapped to rhythms capturing the country’s youth and vitality. Sung by Chita Rivera in West Side Story (1957), “America,” expressed the emptiness of the country’s ideals for anyone not deemed to be “white.” At theatres, a ferry ride away from the Statue of Liberty, dreams and realities played out in shows from the Labor Stage’s Pins and Needles (1937) to Raisin (1973) based on Lorraine Hansberry’s play. The lyric “I’m going to wound you,” from Spring Awakening (2006), gave contemporary expression to Broadway’s perennial theme, the double edged nature of love. Reflecting the millennial generation’s new attitudes, this musical ventured beyond the teenage crushes of Grease (1972), not to mention the grown-up romance of classics such as South Pacific (1949) and Camelot (1960).

This exhibition is organized by the McNay Art Museum and is a program of the Tobin Theatre Arts Fund.

Douglas Schmidt, Scene design for Grease (detail), 1972. Collage on board with acrylic, ink, and varnish. Collection of the McNay Art Museum, Gift of Robert L. B. Tobin.