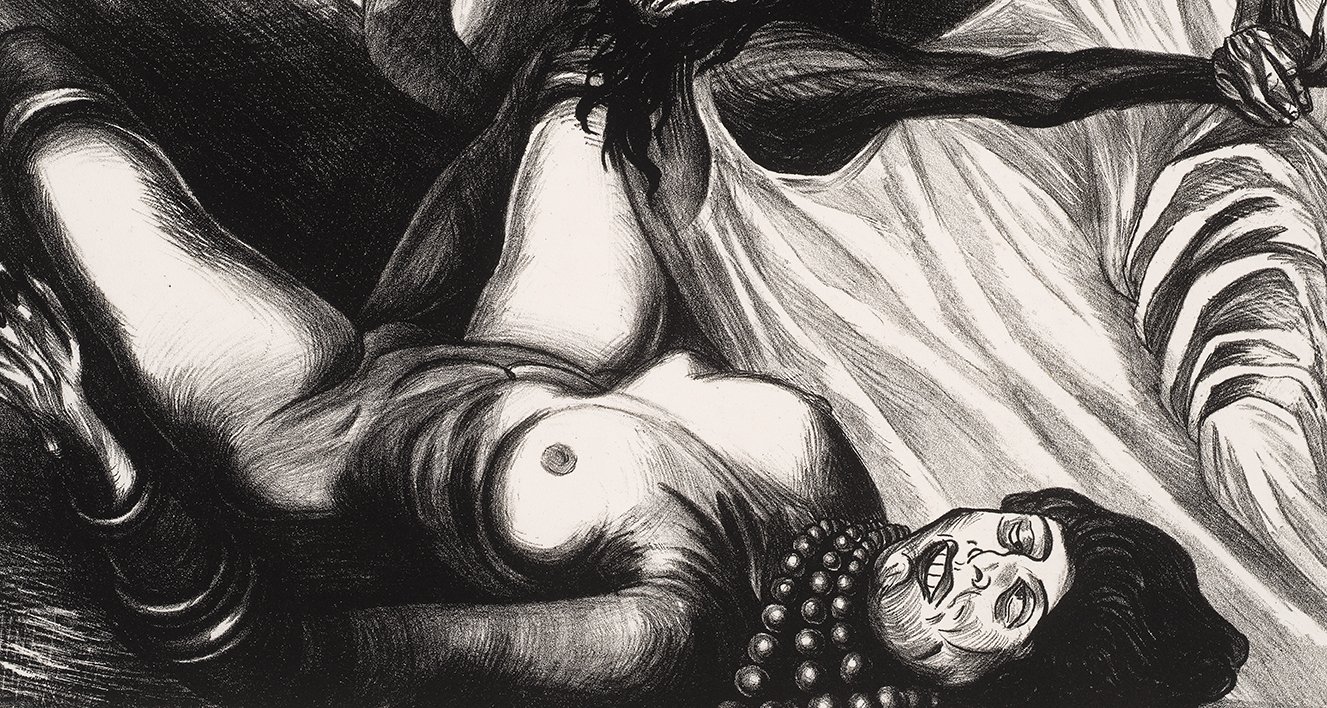 This exhibition highlighting the work of some of the most significant activist printmakers features the epitome of socially aware printmaking: a selection from Francisco Goya’s series Los desastres de la Guerra (Disasters of War) (1810–1820). Goya had witnessed Napoleon’s campaign to conquer the Iberian Peninsula; although he begins by honoring the heroism of the Spanish, by the end he condemns everyone, Spanish and French, for the ravages they inflicted on the people.

Disasters of War had a profound impact on 19th-century French protest prints such as Honoré Daumier’sRue Transnonain, le 15 Avril 1834 (1834), a grisly
image depicting an innocent family slaughtered by government forces attempting to quell a revolt. The image caused such a public outcry that the stone used to print it was confiscated, and all prints that could be found were destroyed.

The exhibition also includes images of the aftermath of the Mexican Revolution by José Clemente Orozco. Like Goya’s, Orozco’s lithographed images of war depict not heroism but sadness and condemnation, and are among the most beautifully drawn of all Mexican modernist prints.

In the 20th century, few printmakers were as socially and politically aware as Ben Shahn. His This Is Nazi Brutality (1942) helped to call the world’s attention to the Nazis’ massacre of a small Czech village—an atrocity so shocking that it galvanized the Allies against Germany. It is a great example of the power of printmaking.

This exhibition is organized by the McNay Art Museum.

The Elizabeth Huth Coates Exhibition Endowment and the Arthur and Jane Stieren Fund for Exhibitions are generously funding this exhibition.