The title of this work, Asteriskos comes from the Greek word for star (aster). The sculpture was initially commissioned for Hemisfair ’68 by the Catto family of San Antonio in memory of Mrs. Catto’s father and the former governor of Texas, William P. Hobby. Unfortunately, after the fair closed, the original artwork was accidentally destroyed. In response, the Catto family recommissioned Tony Smith to recreate Asteriskos for the McNay.

Smith’s daughter, artist Kiki Smith, is also represented on the McNay’s grounds. Her sculpture Woman and Sheep is located in front of the Stieren Center for Exhibitions. 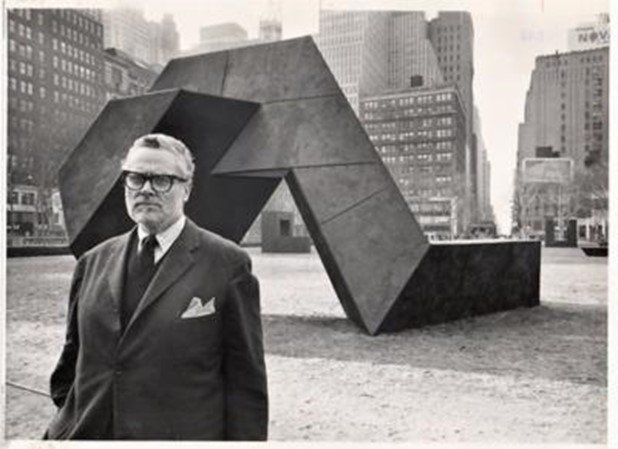