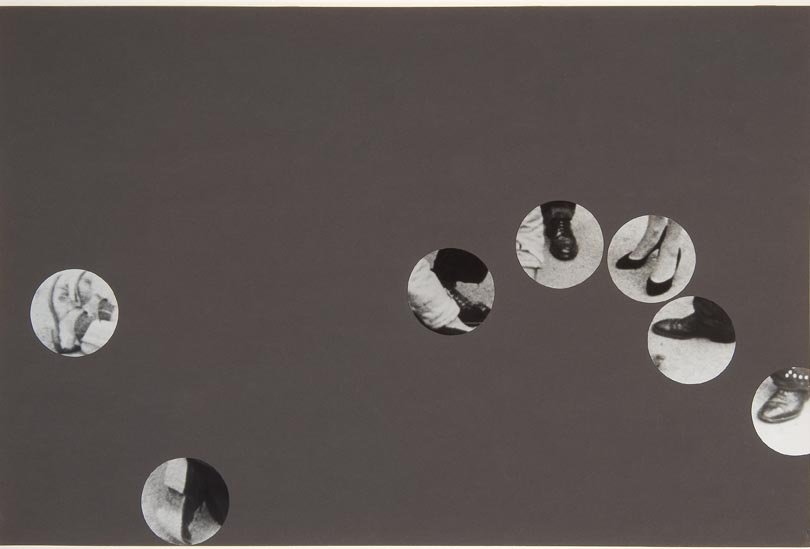 San Antonio, TX (July 8, 2021) – This summer, the McNay Art Museum presents two exhibitions of works on paper from American artists who helped shape the Conceptual and Op art movements; John Baldessari: California Dreaming and Optical Dazzle: Op Art at the McNay. This selection of works is offered at a timely moment, as two of the prolific artists featured died in 2020, just months apart from one another. These exhibitions also feature a new acquisition and a rarely-seen sculpture.

On view through September 5, 2021 in the Charles Butt Paperworks Gallery, Optical Dazzle: Op Art at the McNay investigates the sensation of looking at art. Short for Optical Art, Op art emerged in the 1960s as a distinct style of art that creates the sense of illusion or movement. By the end of the decade, artist Richard Anuszkiewicz (pronounced Ah-nu-skey-vich) was one of the leading Op painters in America. The artist’s small, jewel-like prints on view at the McNay present colors that appear to vibrate and pulsate. Anuszkiewicz (1930–2020) created many of the artworks on view as holiday gifts and left many “untitled;” however, there are a few exceptions to discover.

Optical Dazzle also includes paintings by Julian Stanczak and Susie Rosmarin, as well as a rarely-seen sculpture by the Venezuelan artist Jesús Rafael Soto. Lead funding for the exhibition is generously provided by the Elizabeth Huth Coates Foundation of 1992.

John Baldessari: California Dreaming is on view in the Lawson Print Gallery through August 15, 2021. John Baldessari’s work is conceptual, focused primarily on the idea of art and how it is made, and often based on pictures from magazines, newspapers, or film stills he collected. In the McNay’s Permanent Collection is a seminal photographic collage that was a breakthrough in Baldessari’s long and prolific career. It includes seven circular photographs glued to a gray board and carries a title that gives the viewer insight into its meaning: Nine Feet (of Victim and Crowd) Arranged by Position in Scene from Violent Space Series.

The tension between what the artist reveals and conceals from the viewer is paramount to Baldessari’s approach. In subsequent artworks, Baldessari (1931–2020) often covered relevant visual information with circles of primary colors like red, yellow, and blue to involve the viewer in determining the meaning of the work. All other artworks displayed in John Baldessari: California Dreaming, many on loan from collections in Austin and San Antonio, can be traced back to this collage from 1976. The exhibition also includes a new McNay acquisition, French Horn Player (With Three Contexts—One Uncoded), which is on view for the first time at the Museum.

“The world lost these prolific artists within months of each other last year, so it feels timely to share their gifts in this moment,” said Lyle Williams, Curator of Prints and Drawings, Curator of Modern Art. “Baldessari and Anuszkiewicz have a bit in common as they were both born just a year apart to European immigrant parents, and became active artists during the 60s and 70s. These exhibitions occurring simultaneously this summer really help give us a sense of where American art was headed in the late 20th century.”