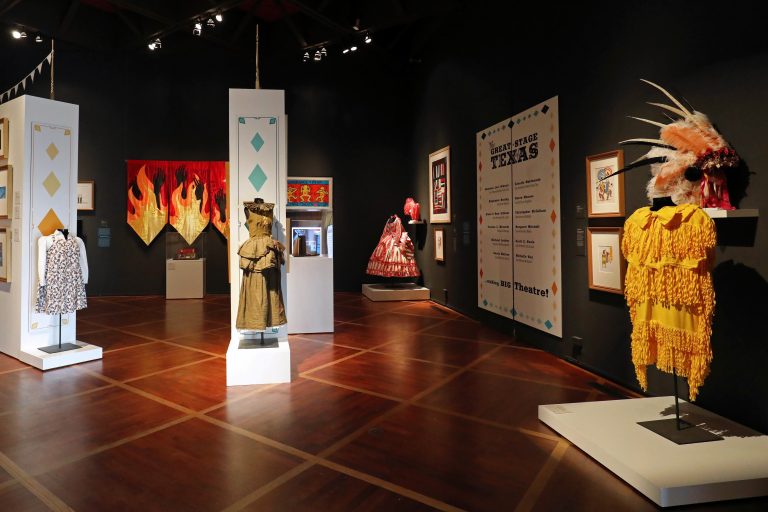 San Antonio, TX (March 7, 2022) – Now open at McNay Art Museum, The Great Stage of Texas celebrates 13 contemporary designers from the Lone Star State through a dynamic presentation of set, costume, lighting, and projection designs created for theatre productions around the world. The new exhibition is on view in the Tobin Exhibition and Brown Galleries through August 14, 2022.

“The Great Stage of Texas spotlights homegrown artists in contemporary theatre design who are living and working in San Antonio, throughout the state of Texas, and beyond,” said R. Scott Blackshire, PhD, Curator, The Tobin Collection of Theatre Arts. “The vibrant collection of objects in the exhibition celebrates the innovative impact each of these artists continues to have in their field.”

Admission to The Great Stage of Texas is free every Thursday from 4 to 9 p.m., courtesy of H-E-B; and the first Sunday of each month, courtesy of the Dickson-Allen Foundation. Free admission for active military members is provided courtesy of USAA Foundation, Inc.; and to recipients of SNAP, WIC, and MAP through Museums for All, a cooperative which encourages families of all backgrounds to visit museums. Admission during non-free hours is $20 for adults; $15 for students and seniors (65+); $10 for teens; and free for children 12 and under and McNay Members.