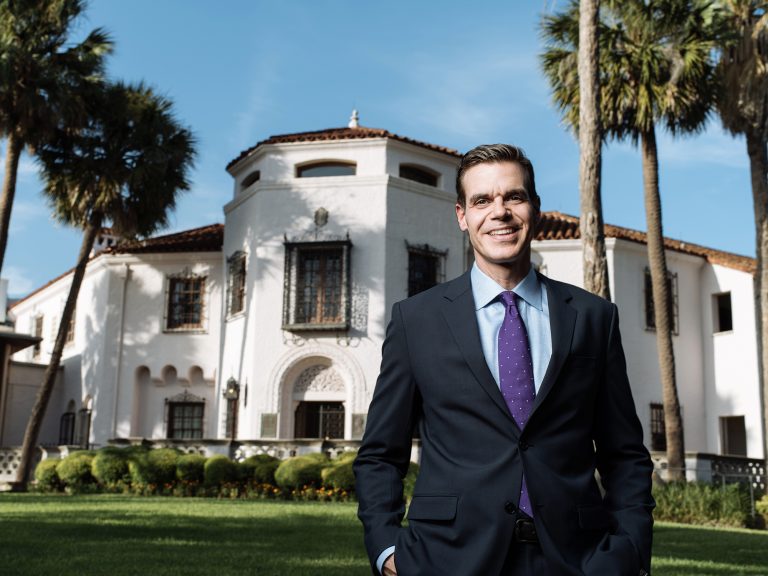 The HBS Club of San Antonio’s mission is to foster camaraderie, community outreach, involvement, and education of alumni of the Harvard Business School in the greater San Antonio and South Texas area. Aste is the first recipient of this notable scholarship which seeks to better prepare the city’s non-profit leaders to serve their communities in more effective ways. Harvard Business School’s alumni have generously provided the scholarship funds with the goal of helping improve the quality of life in San Antonio.

Richard Aste is only the third director in the history of the McNay Art Museum, yet his philosophy of marrying artistic excellence with community impact is already leaving a mark at the McNay and San Antonio’s community at large. “The word ‘transformative’ is often tossed around to describe an executive training program,” Aste comments, “but this one was truly life changing. Harvard’s SPNM program provided me, the McNay, and San Antonio with the necessary skills and networks to lead today’s nonprofits across a shifting cultural landscape. I look forward to sharing this powerful resource with the communities we so proudly serve–and empower–at the Museum.”

Members of the HBS Club of San Antonio will visit the McNay Art Museum on the evening of July 27, and enjoy a tour of the Museum guided by Aste. The tour will then be followed by a presentation in which Aste will share the ideas, objectives, and potential projects that emerged from his participation in the SPNM program.

About the McNay
Built by artist and educator Marion Koogler McNay in the 1920s, her Spanish Colonial Revival residence became the site of Texas’s first museum of modern art when the McNay opened in 1954. Today more than 134,000 visitors a year enjoy works by modern masters including Paul Gauguin, Vincent van Gogh, Edward Hopper, Georgia O’Keeffe, Pablo Picasso, Jackson Pollock, and Pierre-Auguste Renoir. The twenty-three acre, beautifully landscaped grounds include sculptures by Robert Indiana, Luis Jimenez Jr, George Rickey, Joel Shapiro, and Kiki Smith. The 45,000-square-foot Jane & Arthur Stieren Center for Exhibitions, designed by internationally renowned French architect Jean-Paul Viguier, features three major exhibitions annually.
For more than half a century, the McNay has enchanted visitors with its art, architecture, and ambiance. The museum offers rich and varied exhibitions as well as rotating displays in the Main Collection Galleries from the 20,000 works in the collection; more than 45,000 adults, teachers, students, and families take advantage of a variety of education programs and innovative educational resources.