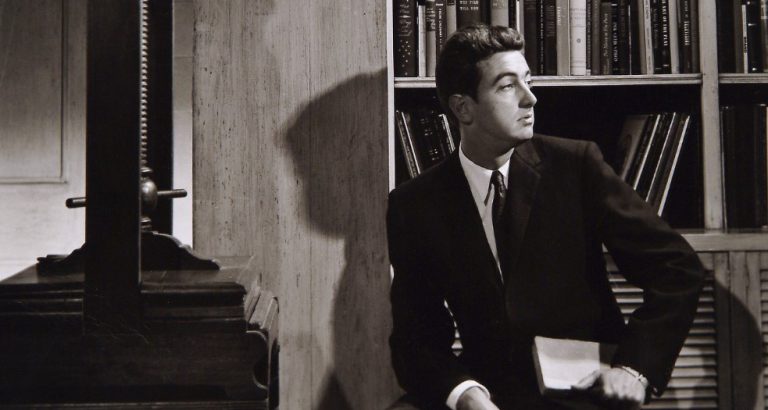 San Antonio, TX (January 6, 2020) – The McNay honors the legacy of San Antonio arts advocate Robert Lynn Batts Tobin (1934­­­–2001) in its latest exhibition, Robert L. B. Tobin: Collector, Curator, Visionary, opening Thursday, January 9. This presentation reintroduces Robert L. B. Tobin to new generations of San Antonians through a mix of beloved artworks and theatre designs he acquired expressly to share with the public. Throughout his life, Tobin amassed an eclectic collection of important artworks, theatre arts masterpieces, and books dating from the 15th century through the 21st century, now known as The Tobin Collection of Theatre Arts.

“Robert was truly visionary,” said Richard Aste, McNay Director and CEO. “He saw before so many public and private US collectors the equal value of the theatre arts and fine arts, and he used his influential collecting practice to remove any artistic hierarchies that privileged one over the other.”

Tobin’s lifelong love of art, performance, and artists, was encouraged at an early age by his mother Margaret Batts Tobin. Margaret was an admired civic leader and founding trustee of the McNay since its inception in 1954. In 1984, the Tobin Library Wing, a gift from Margaret to her son, opened at the McNay. It houses objects from Tobin’s unparalleled collection—including more than 12,000 scene and costume designs, sketches, drawings, costumes, maquettes, and rare books.

Robert L. B. Tobin gifted The Tobin Collection of Theatre Arts to the McNay in a series of five bequests between 1984 and, posthumously, 2004. Now, the McNay features two exhibitions annually focused on diverse aspects of the theatre arts.

Robert L. B. Tobin: Collector, Curator, Visionary welcomes visitors with a replica of the entryway into Tobin’s New York City home, setting the McNay’s stage to tell the story of his hospitality and generosity. Throughout the exhibition, groups of artworks reflect Tobin’s unique creative vision—and encourage viewers to ponder the underlying question, “what is fine art, and what is functional design?”

“Tobin, on his own terms and according to his own vision, collected designs that continue to inspire future generations of theatre makers to this day,” said R. Scott Blackshire,PhD, Curator, Tobin Collection of Theatre Arts. “The McNay is honored to build on his vision and legacy by inviting our community to experience the Collection—and to learn more about theatre arts, perhaps for the first time. Immerse yourself in the world of artworks, theatre designs, rare books, stage models, costumes, and sculptures as Robert L. B. Tobin envisioned.”