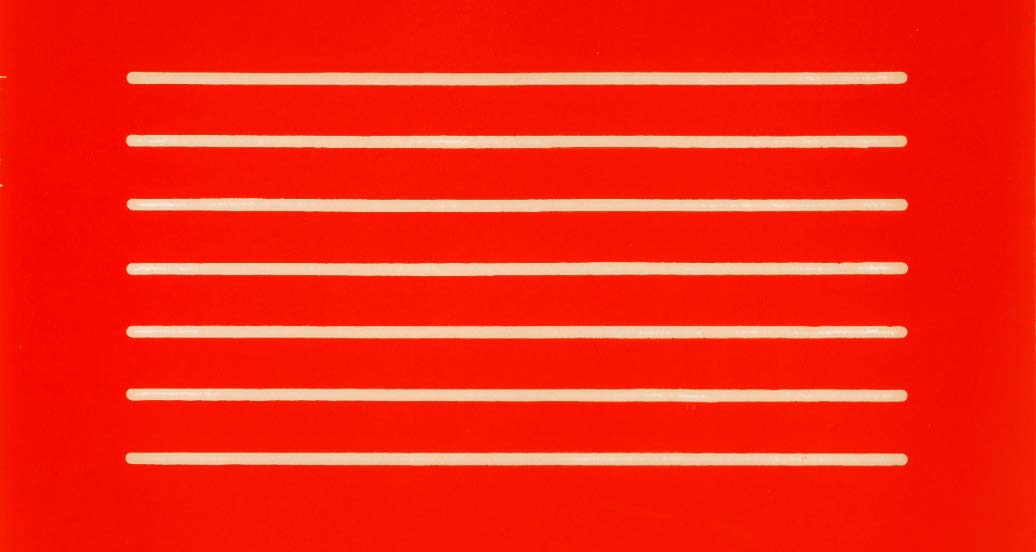 San Antonio, TX (December 3, 2019) – The McNay Art Museum’s latest exhibition What You See is What You See celebrates the Museum’s important collection of Minimalist and Conceptual prints, some of which are on view for the first time in McNay history.

“This exhibition spotlights the simple and formal beauty of art in its barest essentials,” said Lyle Williams, Curator of Prints and Drawings. “The artworks on view don’t try to tell a story or convince us of anything other than simply what we see, which is the inspiration for the exhibition title.”

The McNay has collected Minimalist and Conceptual prints for more than 25 years, starting with the purchase of a suite of four woodcuts by Donald Judd, whose artistic vision made Marfa, Texas an international art mecca. In 2017, Austin collector John M. Parker, Jr. gifted his entire collection of Minimalist and Conceptual graphics to the McNay, positioning it as one of the largest and most important collections of its kind in the state and region.

In a nod to Conceptualism and the role of music in the development of modern art, a piano occupies the middle of the gallery for McNay staff to perform John Cage’s landmark 4′33″ at various times during the run of the exhibition. Known primarily for his cutting edge and highly conceptual music compositions, Cage was also a prolific visual artist interested in the role of chance in the creative process.

This exhibition is organized for the McNay Art Museum by Lyle W. Williams, Curator of Prints and Drawings. Lead funding is generously provided by Elizabeth Huth Coates Exhibition Endowment and the Arthur and Jane Stieren Fund for Exhibitions. Additional funding is provided by the Louis A. and Frances B. Wagner Lecture Series and the William Randall Hearst Endowed Fund for Education Programs.

The McNay Art Museum engages a diverse community in the discovery and enjoyment of the visual arts. Built in the 1920s by artist and educator Marion Koogler McNay, the Spanish Colonial Revival residence became the site of Texas’s first modern art museum when it opened in 1954. Today, 200,000 visitors a year enjoy works by modern masters. For 65 years, the McNay has enchanted visitors with its art, architecture, and ambiance. The museum offers rich and varied exhibitions as well as rotating displays in the Main Collection Galleries from the 20,000 works in the collection; more than 45,000 adults, teachers, students, and families take advantage of a variety of education programs and innovative educational resources.