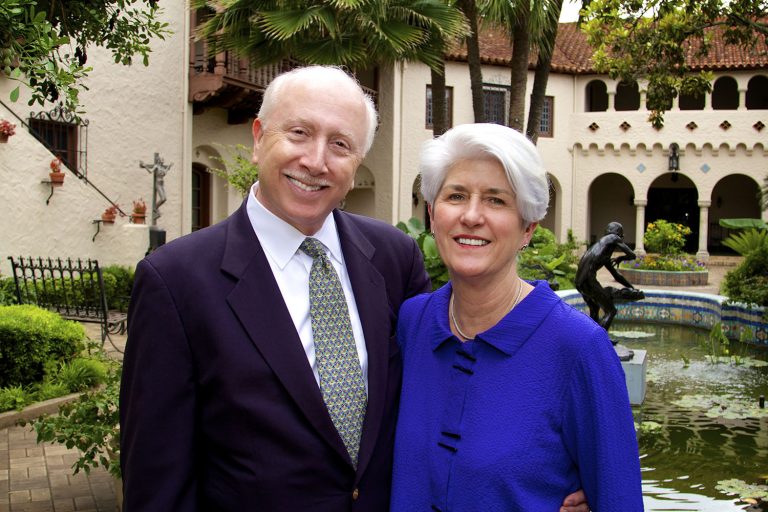 The McNay Art Museum will celebrate William J. Chiego, its longtime director, with a community-wide event on Sunday, June 5, 2016, at the museum. Free and open to everyone, the festivities will include activities for the whole family that reflect the inspiring vision, intellectual curiosity, and creative joy that have defined Dr. Chiego’s influential 25-year tenure as director of the museum.

“Over 25 years, I’ve made a lot of friends in the museum community and our community at large, there’ve been so many people who have been helpful in so many ways,” said Dr. Chiego. “It will be great to have a chance to say hello to everyone and to reminisce on stories from the past, some of which go back to my first year here at the museum in 1991.”

Only the second leader of the McNay in the museum’s 62-year history, Dr. Chiego has constructed an indelible legacy since assuming the post of director in 1991. Under his steerage, the McNay has blossomed into a world-class institution recognized internationally by peers and the public.

Today, Dr. Chiego is beloved as a tireless advocate not only for the McNay, but for San Antonio’s entire arts and culture community. With his forthcoming retirement, one chapter of his distinguished career will end, but his role as an exemplary art world leader will undoubtedly continue.

The numbers tell part of the story

“There are many things we have accomplished, the 2008 opening of the Jane & Arthur Stieren Center for Exhibitions, and the 2001 restoration of the McNay Residence, which was originally built in 1929 are both a source of great pride. These, among many others, were goals I had in mind from the start. I knew these projects were needed and, of course, it took longer than expected, but I’m very proud our success.” said Dr. Chiego. “It’s been a period of enormous growth to the building, but also to the collection. You might say the growth of the collection and our ambitions for the exhibition program really pushed the restoration and growth of the museum, as well as the total renovation of our environmental systems, because we needed much more space to show all aspects of the collection while simultaneously presenting major exhibitions we could not before.

Dr. Chiego says other achievements he’s most proud of during his tenure are the growth of a talented professional staff, the systematic conservation of works of art, and a robust education department with an exemplary Docent program and public programming that appeals to people of all ages and interests.

“When I arrived in ’91, we had a great docent program, which laid the groundwork for the education department,” Dr. Chiego remarked. “Establishing the education department and getting professionals educators on staff has broadened and increased the number of education and public programs so far beyond what we had. The response in the community is what makes you really realize that it’s been worth it because our membership has more than tripled since the early nineties and the public just participates to a much greater extent than they did back then. We’re much more of a full service museum that really welcomes all the public.

Last year we had 80,000 visitors participate in our education programs. Those programs are really appreciated by the public, because it makes their museum experience a lot richer.”

After a quarter of a century under Dr. Chiego’s remarkable leadership and vision, the museum has grown and positioned itself as an exemplary cultural institution in the United States and the world. With a new era for the McNay in the horizon and an ambitious Master Plan for the future, the museum could not have been more fortunate to have had such a fierce advocate for its growth, stability, and success.