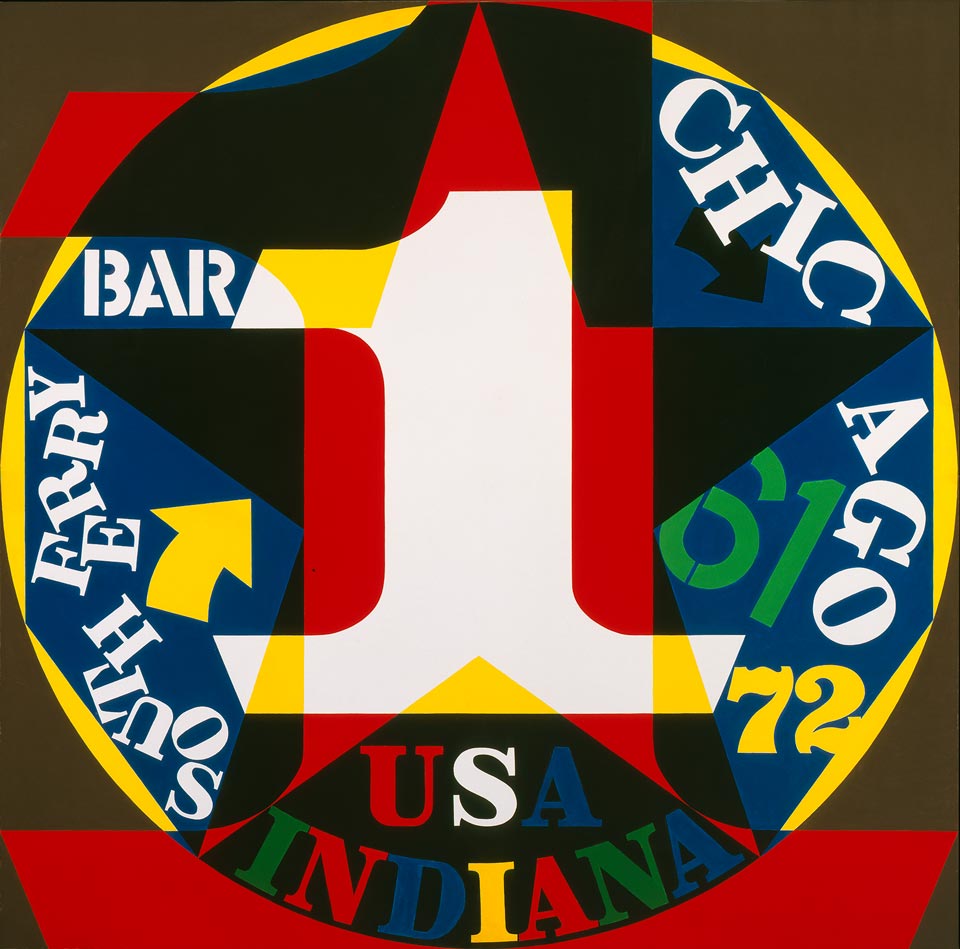 San Antonio, TX (October 14, 2020) – Opening October 15, Robert Indiana: A Legacy of Love honors the life, art, and resounding legacy of the late Pop icon through more than 75 paintings, prints, sculptures, costume designs, and digital artworks. A self-proclaimed “painter of signs,” Robert Indiana shaped a highly original body of work that explores American identity; his own personal history; and the power of abstraction, symbolism, and language.

Surveying Indiana’s art in conversation with works by his contemporaries and successors, this exhibition examines the innovative foreground of text and symbol within visual art during the postwar era. With artworks that at once call on the viewer to “see” and to “read,” Robert Indiana pioneered a triumphant union of text and image that remains undeniably relevant today.

“Some of the most iconic artworks in this exhibition speak to the human emotions that unite us all, often through a single word, like love and hope,” said Richard Aste, McNay Director and CEO. “The art of the late Robert Indiana, and that of today’s artists who lean into his legacy of love, will uplift our community and offer hope and inspiration to every San Antonian in these challenging times.”

Known as one of the leaders of the Pop art movement of the 1960s, Indiana’s prolific career extends well beyond this period. The artist created paintings, prints, and sculptures characterized by clean lines and saturated color until his passing in 2018. Robert Indiana: A Legacy of Love invites you to explore the artist’s multidecade career, from his iconic LOVE compositions to his larger-than-life painting style.

From Pop artists including Roy Lichtenstein and Andy Warhol, to contemporary artists including Mel Bochner, Deborah Kass, Glenn Ligon, Stephanie Patton, and Jack Pierson, this exhibition presents examples ranging from 1963 to the present in conversation with shared themes in Indiana’s artwork. Of particular interest are examples by artists with ties to San Antonio, including Jesse Amado, Alejandro Diaz, Chuck Ramirez, Ethel Shipton, and Gary Sweeney. Robert Indiana’s lasting impact on the history of contemporary art remains profound, as his images take on new meanings in the present day.

The exhibition is organized into five “chapters” exploring the artist’s impactful combination of text and image through different lenses: Icons, Pop Art, Robert Indiana and Marsden Hartley, Performance, and A Legacy of Language. The works of art on view are drawn primarily from the strong Indiana representation in the McNay’s Collection, due primarily to the friendship between the artist and San Antonio collector and McNay patron Robert L.B. Tobin. Select loans from the Whitney Museum of American Art, San Francisco Museum of Modern Art, Blanton Museum of Art at The University of Texas Austin, Ruiz-Healy Art, and various private collections are also included throughout each section.

A first for the McNay, this exhibition features a major commission of six digital artworks to live both online and in the galleries. Created by Brooklyn-based poet, designer, and artist Annika Hansteen-Izora, the text-based images speak to the power of language, hope, community care, and the role of art in our current digital age. Visitors will also enjoy the extension of the exhibition throughout the McNay’s 26-acre grounds, with outdoor sculptures by Robert Indiana, Alejandro Martín, and Gary Sweeney, each investigating language in visual art.