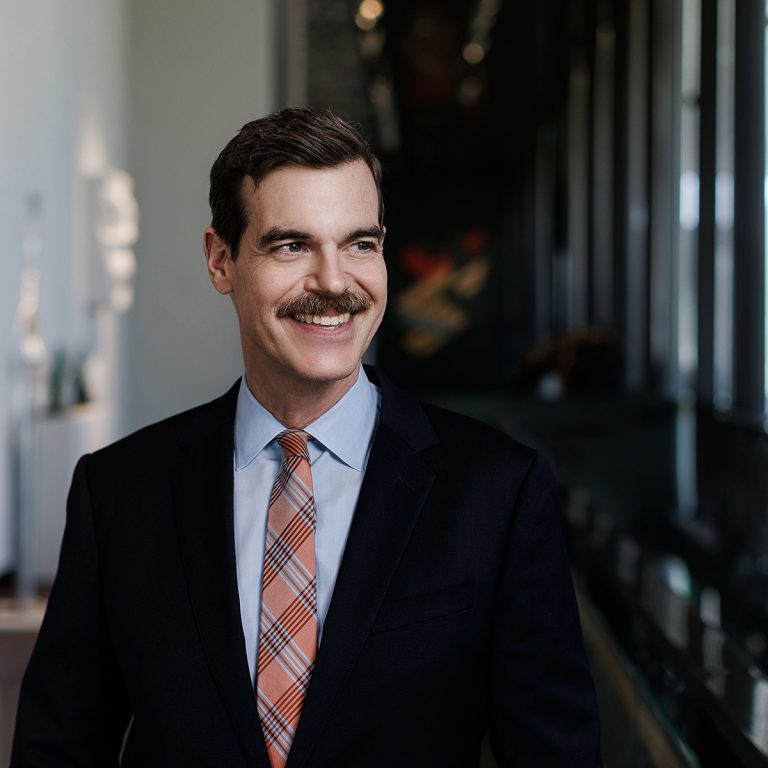 San Antonio, TX (June 2, 2022) – Today, the McNay Art Museum announced that after completing his contract this fall, Director and CEO Dr. Richard Aste will depart San Antonio to launch his own coaching practice on the West Coast and join the executive coaching team at the University of California, Irvine. Aste will join his partner of 10 years, Max Goodman, in Los Angeles. Out of great admiration for the McNay, Aste will remain in his role through January 2023 to afford ample time for the Board to identify a successor and ensure a smooth transition for staff.

“The Board was saddened but supportive and accepting of Rich’s decision,” said Don Frost, McNay President of the Board of Trustees. “The positive impact he has had on the Museum and the community is immeasurable. Rich has greatly advanced our mission and vision. And thanks to a strong Board, leadership team, and staff, the McNay is positioned for a successful next chapter.”

Aste was inspired to move into executive coaching after completing his training in positive leadership at the Stephen M. Ross School of Business at the University of Michigan, where he recently earned his MBA. He will draw on strengths in vision setting and gracious change management to activate leaders with passion and purpose. This September, Aste will have served 6 years as the McNay’s third director and first Hispanic CEO.

“I am so proud of everything we have accomplished here,” said Aste. “By creating inclusive art experiences with and for our community, the McNay reflects San Antonio’s rich diversity across the entire campus. I will forever admire the Museum’s brilliant, dedicated Board and staff, and I look forward to sharing all our learnings with leaders across the country.”

In recognition for the positive changes he introduced to San Antonio, Aste was awarded the 2019 Vistage CEO Impact Award. Throughout his tenure, he helped the McNay increase visibility of underrepresented communities within the permanent collection and throughout temporary exhibitions; diversify the leadership team and staff; create a sustainable business model that drove four consecutive years of operating surpluses; secure first-time funding from the Ford Foundation, the Mellon Foundation, and the Henry Luce Foundation; create the 2020-2024 Strategic Plan; complete a $6.25 million landscape master plan; and retain, engage, and expand the Museum’s team throughout the pandemic.

The McNay’s search for its fourth director is co-chaired by McNay Board Vice President, Amy Stieren, and McNay Trustee, Darryl Byrd. The Board of Trustees has retained the national executive search firm, Isaacson, Miller, to support search efforts.