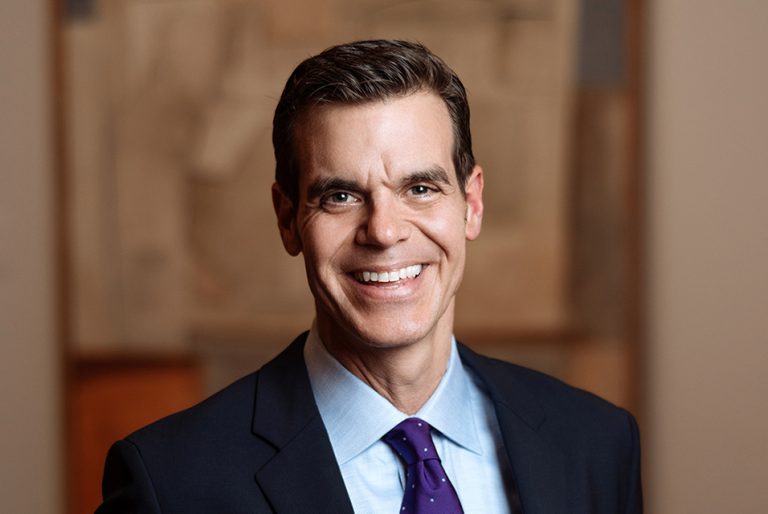 
A Message from Rich Aste- McNay Director from The McNay Art Museum on Vimeo.

San Antonio, TX, August 2, 2016 – This morning the McNay Art Museum’s Board of Trustees confirmed the appointment of Dr. Richard Aste (as-tee) to serve as the museum’s third director.

Aste is a socially conscious cultural leader and a dynamic art historian with wide-ranging experience in managing, curating, teaching, and publishing. In addition, he bears a deep knowledge of the art market. He comes to the McNay from the Brooklyn Museum in New York, where he served as Managing Curator, Arts of the Americas and Europe, and Curator of European Art.

“Over the past six years, Rich rose to be one of the most treasured curators at the Brooklyn Museum,” comments Anne Pasternak, the Brooklyn Museum’s Shelby White and Leon Levy Director. “With a focus on Latin American art, he brought insightful exhibitions to vast publics while expanding the Museum’s reach and scope to increasingly diverse audiences.”

Aste’s academic training as a scholar of European art and his professional development in New York and the Caribbean make him the ideal candidate to oversee the McNay and its growing collections. As former Associate Curator of European Art at the Museo de Arte de Ponce in Puerto Rico, he organized temporary exhibitions on Auguste Rodin and Impressionist landscapes and reinstalled the European collection.

More recently, at the Brooklyn Museum, Aste expanded and redefined the European collection through several strategic acquisitions and critically acclaimed exhibitions geared toward new and diverse audiences.
“Rich exemplifies everything we were looking for in our next director: a collaborative leadership style, intellectual curiosity, and a deep knowledge of the arts,” said Sarah Harte, President of the Board of Trustees. “With his broad international perspective and culturally varied background, he is poised to build, strengthen, and diversify relationships between the McNay and the community of San Antonio.” She adds, “We are confident he will take the McNay to the next level.”

Aste’s Latin American heritage and global perspective will make for a seamless transition into the San Antonio community. He was born in Lima, Peru, to Bolivian and Peruvian parents of Italian and German descent. He was raised in Miami, Florida, and remains fluent in Spanish. During his years at the Museo de Arte de Ponce, he combined for the first time his passions for European and Latin American culture in his curatorial practice. His cultural pride continues today through his recent exhibitions at the Brooklyn Museum, which have highlighted the connections between Europe and the Americas, including the Caribbean, since the late 1400s.

“I am honored to be joining the McNay as the institution’s third director,” said Aste. “I look forward to expanding the great work of my esteemed predecessor, Bill Chiego, who together with a gifted staff and a dedicated Board of Trustees have made the museum’s world-class collections accessible and the visitor experience truly transformative.”
Aste will assume leadership duties at the McNay on September 12 as part of a seamless transition plan. Last summer, current director Bill Chiego announced his plan to retire from the Museum in the fall of 2016, and he is excited to welcome Aste’s leadership.

“Rich is an experienced and imaginative curator/administrator with an ability to relate a museum to its community. I look forward to seeing him build successfully on our accomplishments at the McNay over the past twenty-five years,” comments Bill Chiego, current McNay Director. “I had the pleasure of meeting him when the McNay showed the Brooklyn Museum’s exhibition Landscapes from the Age of Impressionism in 2010 and he came to the museum. We met again in 2012 when he gave me a tour of Brooklyn’s American and European collections.”

A Transition Committee appointed by the McNay Board of Trustees identified Aste as the perfect candidate to serve the McNay as director. Aste distinguished himself in a competitive pool of talented international museum professionals brought forward with the assistance of search firm Russell Reynolds Associates.

“Rich stood out from numerous candidates as someone who has the energy, optimism, and entrepreneurial drive to lead the McNay into the future,” said Shon Manasco, McNay Trustee and Chair of the Transition Committee. “He is a civic-minded individual whose background makes him an ideal cultural leader for a city like San Antonio. We have confidence he will invest the time and energy to engage with San Antonio’s diverse audiences.” Manasco adds. “He will be instrumental in not only shaping the future of the McNay, but of San Antonio.”

About San Antonio Aste adds, “Today, as San Antonio approaches its tricentennial, it is a model American city of the future, defined by a robust economy and rich diversity. More than ever, the McNay is positioned to become a vital, soul-enriching resource for every San Antonian and a major player in the city’s great success story. I look forward to expanding its reach as a safe and inclusive destination for creative inspiration, social awareness, self-discovery, and personal growth.”

Aste is a third generation South American with roots in Peru, Bolivia, and Chile. He was born in Lima, and spent his formative years in Miami. He received his B.A. in Psychology from the University of Michigan, Ann Arbor. His plans to become a psychologist changed when he discovered and cemented his love for the visual arts; he then pursued an M.A. in the History of Art from Hunter College in New York, where he co-curated his first exhibition, Giulio Romano: Master Designer. Aste’s additional graduate work also focused on the Italian Renaissance and included two years of dissertation research in Florence, Italy. He then taught art history at Hunter College and worked as an Old Master specialist in Christie’s New York, London, and Rome as well as a sales associate at Wildenstein & Co. He received his Ph.D. from the Graduate Center of the City University of New York. He is a 2016 fellow of the Center for Curatorial Leadership.

Aste assumed his first full-time curatorial role as Associate Curator of European Art at the Museo de Arte de Ponce, where he co-curated the exhibitions El Greco to Goya: Masterpieces of Spanish Painting from the Prado, The Journey to Impressionism, Masterpieces of European Painting from Museo de Arte de Ponce, and The Age of Rodin. In 2010 he joined the Brooklyn Museum, where his global, transatlantic approach to the arts of Europe and Latin America informed the exhibitions Impressionism and the Caribbean: Francisco Oller and His Transatlantic World, which was awarded a grant from the National Endowment of the Arts; and Behind Closed Doors: Art in the Spanish American Home, 1492–1898, which received a major grant from the National Endowment for the Humanities.

Aste has contributed to numerous exhibition catalogues, ranging from Venus and Love: Michelangelo and the New Ideal of Beauty to Kehinde Wiley: A New Republic.
Images and more information at mcnayart.org/astepress

For more than half a century, the McNay has enchanted visitors with its art, architecture, and ambiance. The museum offers rich and varied exhibitions as well as rotating displays in the Main Collection Galleries from the 20,000 works in the collection, while 45,000 adults, teachers, students, and families take advantage of a variety of education programs and innovative educational resources.

Admission to the McNay
Admission to the McNay ranges from $10 to $20 (for adults) and $5 to $15 for (students, seniors and active military) depending on the exhibitions and galleries on view. Admission is FREE for McNay members, Teens 13-19, and children 12 and under. Current admission prices at www.mcnayart.org. Entrance to Main Collection Galleries is FREE on H-E-B Thursday Nights (4–9pm) and on Dickson-Allen Foundation First Sundays of the Month. During FREE times, an optional admission charge applies only for entrance to special exhibitions.

Images and more information at mcnayart.org/astepress