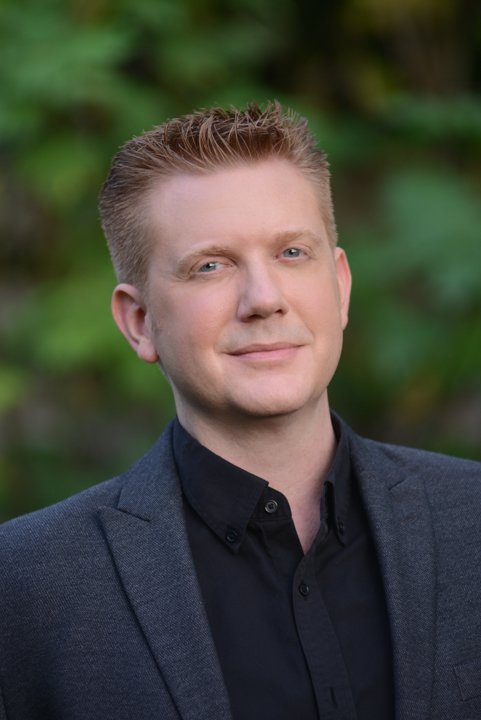 (San Antonio, TX) December 14, 2022 – The McNay Art Museum’s Board of Trustees has confirmed the appointment of Matthew McLendon, PhD, to serve as the museum’s fourth director in its 68-year history. McLendon comes to the McNay from The Fralin Museum of Art at The University of Virginia (UVA), where he served as the J. Sanford Miller Family Director and Chief Curator since 2017.

“Matthew’s dynamic experience as an art historian, museum director and curator will strengthen the McNay Art Museum’s position as a global destination for modern and contemporary art,” said Don Frost, President of the Board of Trustees. “We are confident that his expertise and strong commitment to civic engagement will advance the Museum’s vision of becoming a place of belonging for our diverse community.”

An energetic and influential leader, McLendon is widely recognized for his emphasis on community engagement and education, advocacy of cross-disciplinary programming and amplifying underrepresented and marginalized voices in the museum setting. At The Fralin, McLendon focused on invigorating the museum within the University and its wider constituencies. Museum attendance and major support increased and diversified dramatically during his tenure, along with the launch of new public programs, including Greenbrier Global Artists, an after-school program serving the children of asylum seekers.

“Under Matthew’s leadership, the Fralin Museum of Art has made tremendous strides in facilitating important conversations through the Museum’s collection and exhibitions,” said UVA Vice Provost for the Arts, Jody Kielbasa. “As director and chief curator, Matthew was devoted to sharing inclusive stories in the galleries, expanding the collection, bolstering audience engagement and garnering national media attention for the institution. His work and collaborative spirit left an indelible mark on the Fralin Museum of Art, the University of Virginia and our community of Charlottesville, and will benefit the Museum’s visitors and the UVA community for many years to come.”

Nationally-recognized exhibitions during McLendon’s tenure include a multi-sensory installation by Vanessa German, sometimes.we.cannot.be.with.our.bodies.; Unexpected O’Keeffe: The Virginia Watercolors and Later Paintings, an exhibition focusing on the critical yet little-known period that Georgia O’Keeffe spent as a student at UVA; and Skyscraper Gothic, investigating the European foundations of the fundamentally American skyscraper and its place in early 20th century material culture.

The Fralin also expanded its Native American collections under McLendon’s leadership, acquiring works by contemporary Native American artists including Wendy Red Star, Cara Romero, Rick Bartow and others. Earlier this year, the Museum was awarded a $250,000 American Art Program Responsive Grant from the Henry Luce Foundation to support new research and interpretation of the Native American collection through engagement with Native scholars, artists and knowledge holders.

“The McNay Art Museum’s commitment to integrity, innovation, excellence and equity aligns with the work that has anchored my career,” said McLendon. “It is an honor to follow Richard Aste, and I eagerly anticipate furthering the institution’s mission to provide transformational experiences to the San Antonio community through a growing collection and thought-provoking exhibitions.”

McLendon will assume leadership duties at the McNay on February 13, 2023. Last summer, current director Richard Aste announced his plan to move to California in early 2023. Aste will remain in his role through February 10, 2023, ensuring a seamless transition in leadership for the Museum.

A Search Committee appointed by the McNay Board of Trustees–and led by Committee Co-Chairs Amy Stieren and Darryl Byrd–identified McLendon as the ideal candidate to serve as the next McNay Director.

“Matthew stood out from numerous, highly-qualified candidates as someone with a unique combination of business acumen, arts expertise, infectious positive energy and a true love for the integral role art museums play in the communities they serve,” said Darryl Byrd, McNay Board Member and Co-Chair of the Search Committee.

“We are thrilled to welcome Matthew and his innovative ‘leader as facilitator’ approach to the McNay and its talented staff as we collectively build upon the Museum’s legacy of excellence together,” said Amy Stieren, McNay Vice President and Co-Chair of the Search Committee.

ABOUT MATTHEW McLENDON, PhD
Before going to The Fralin, McLendon was recruited in 2010 by The John and Mable Ringling Museum of Art, the State Art Museum of Florida, as curator of modern and contemporary art and charged with reviving its dormant Modern and Contemporary program. In a museum then best known for its European paintings, McLendon undertook a series of high-profile exhibitions featuring rarely-seen works from The Ringling permanent collection. In 2011, Joseph’s Coat, a Skyspace by artist James Turrell, was opened under McLendon’s leadership and his original exhibitions began building larger regional and national audiences.

McLendon inaugurated and co-directed the Art of Our Time initiative, focused on living visual and performing artists. This cross-disciplinary programming series helped lead the way in The Ringling setting new records in attendance, membership, and support. Other high profile major exhibitions included the first museum survey of artist, composer, and performer R. Luke DuBois and an examination of living artists working with found objects (in the tradition of Marcel Duchamp) in Re:Purposed. McLendon concluded his time at The Ringling with the first museum survey of interactive cinema and live-mix performance pioneer Toni Dove. Major gifts to the permanent collection in support of the Modern and Contemporary program included substantial additions to The Ringling’s holdings; a new collecting emphasis on studio glass with major collection gifts; and two permanent additions to exhibition space, the Kotler-Coville Glass Pavilion and the Keith D. and Linda L. Monda Gallery of Contemporary Art.

McLendon previously served in curatorial and educational positions at the Rollins Museum of Art and Tate Britain, London. He has served as teaching faculty for graduate and undergraduate students at the University of Virginia, Florida State University, New College of Florida, and Rollins College, in addition to frequent guest lectures, interviews and media appearances. He earned his MA and PhD from the Courtauld Institute of Art of the University of London. He earned dual Bachelor of Arts degrees in Music and Art History at Florida State University, with magna cum laude honors. He is a member of Phi Beta Kappa, Association of Art Museum Directors, American Alliance of Museums, and College Art Association among other professional organizations.