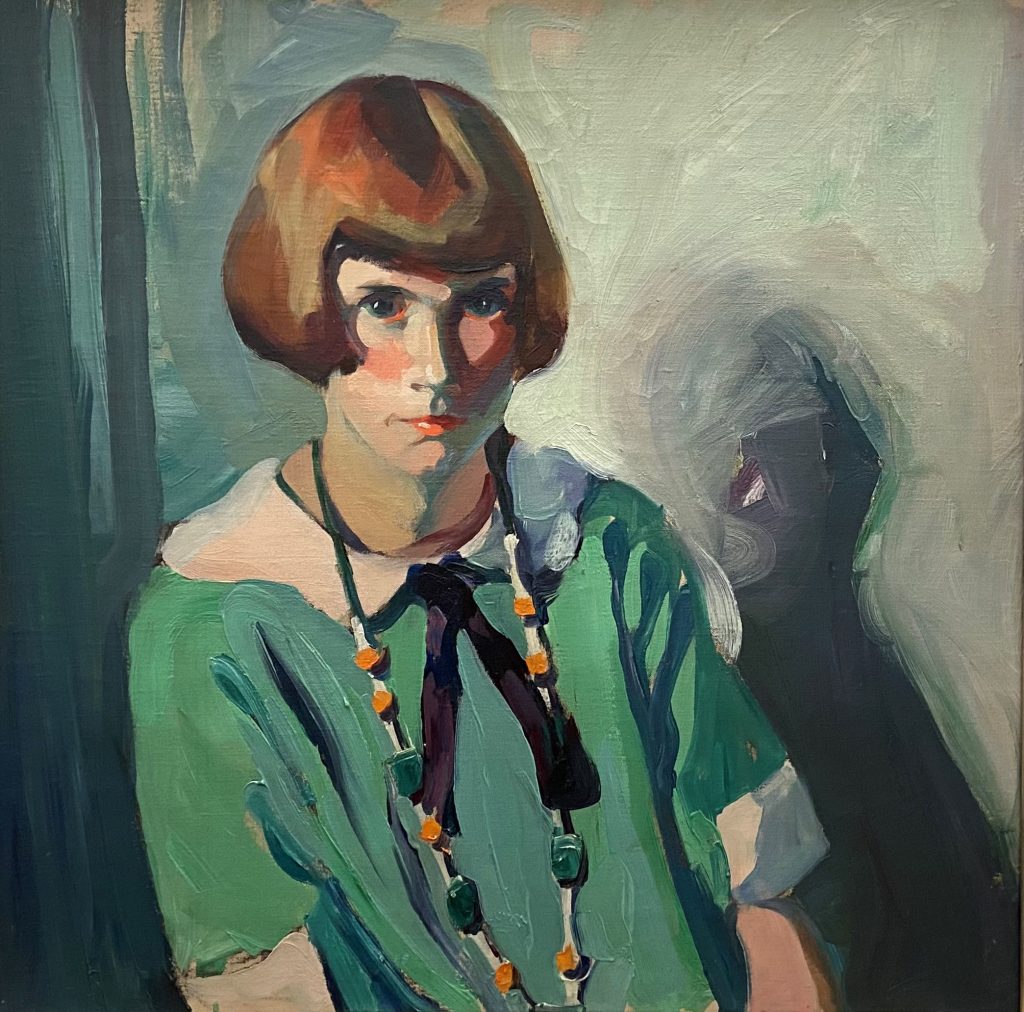 San Antonio, TX (March 25, 2021) – The McNay Art Museum has acquired three extraordinary artworks by Jane Peterson, Deborah Butterfield, and Letitia Huckaby. These new acquisitions were purchased with support from a generous, anonymous gift of $500,000 for artwork in memory of celebrated Texas artist, Madeline O’Connor (1931-2002). O’Connor, whose career spanned 30 years, is represented in the McNay’s Collection through two artworks from the late 1990s: Woodstork and Cross/Plus. The artist’s lifelong love of art, nature, and animals was inspired by the ranch-like setting of her childhood home in Refugio, Texas, as well as her strong religious roots.

“This transformational gift empowers the McNay—a museum founded by a woman artist—to advance gender parity in our expanding Collection,” said Richard Aste, McNay Director and CEO. “We are profoundly grateful and look forward to identifying additional works of art for the Collection by women artists with this major support.”

The Green Dress by Jane Peterson (1876-1965) is the first work by this artist to enter the McNay’s Collection, expanding the Museum’s strength in American Modernism. In this painting, Peterson portrays a young woman in a modernist style with an expressive use of cool green tones and fluid brushstrokes. The artist reflects popular fashion choices of the 1920s through her model’s flapper haircut, dress with a neckerchief, and low hanging necklace.

Untitled by Deborah Butterfield (b. 1949) introduces the artist into the McNay Collection, expanding the Museum’s holdings of contemporary sculpture. This nearly life-size sculpture of a tame horse is made from steel armature, chicken wire, mud, sticks, paper, dextrin, and grass. The mare stands in as a soulful self-portrait and a feminist response to traditionally depicted images of aggressive stallions. The use of sticks jutting out beyond the smooth contours of the mud creates movement with the sculpture, and the artist’s experience owning horses adds to her ability to represent the animals with accuracy and nuance. This horse is one of eight that the artist made in this series, and the only one remaining in a private collection.

Koinonia by Texas-based artist Letitia Huckaby (b. 1972) is a mixed-media installation using visual markers of heirloom fabrics, portrait photography, silhouette photography, and embroidery to personally reflect the African American experience in the U.S. With Koinonia, the artist photographs five young girls (including two of her daughters) in silhouette, which are printed on fabric and mounted onto oversized embroidery hoops. These hoops are placed on a patterned wall, which represents fabrics of Depression-era flour sacks that were often upcycled into dresses. The significance of presenting the images of five young girls refers to the 1963 bombing of the 16th Street Baptist Church by the Ku Klux Klan in which four young African American girls were killed and one seriously injured. The title Koinonia is a Greek word that means Christian fellowship, which refers to the importance of Christianity in the artist’s life and art.

“Spanning 100 years, these three artworks represent several generations of women artists, beginning in the early 20th-century and continuing through the present,” said René Paul Barilleaux, McNay Head of Curatorial Affairs. “Each presents a distinct approach to portraiture—from realism in Peterson’s painting, to symbolism in Butterfield’s sculpture, and finally, to metaphor in Huckaby’s installation.”

Since Marion Koogler McNay’s founding bequest, the McNay’s Collection has expanded to include more than 22,000 works of art, including: Medieval and Renaissance art; 19th- through 21st-century European and American paintings, sculptures, and photographs; one of the largest collections of prints and drawings in the Southwest; the Tobin Collection of Theatre Arts; Jeanne and Irving Mathews Collection of Art Glass; Art of New Mexico; and more.