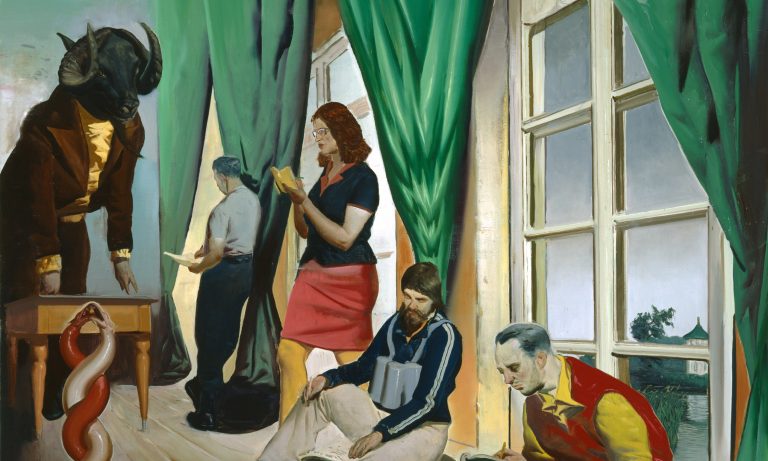 Made in Germany: Contemporary Art from the Rubell Family Collection

The McNay Art Museum will present an exclusive look at some of the most significant German art created over the last 35 years by both masters and emerging artists in Made in Germany: Contemporary Art from the Rubell Family Collection. The exhibition opens February 10, 2016, and continues through April 24, 2016. The McNay is the sole venue scheduled to host the seminal exhibition, which is the first presentation of the Rubell Family Collection’s acclaimed German holdings.

The last three and a half decades have been an especially fertile period in German art, during which large-scale works––particularly large-scale photographs––have notably evolved. Comprised of paintings, sculptures, photographs, and works on paper, Made in Germany features established greats Anselm Kiefer, Sigmar Polke, and Gerhard Richter; sculptors Katarina Fritsch and Thomas Schütte; influential photographers Bernd & Hilla Becher, Thomas Demand, and Thomas Ruff; and up-and-coming painters Kerstin Bratsch and David Ostrowski, among others.

Organized by Chief Curator/Curator of Contemporary Art René Paul Barilleaux, the exhibition reflects the unique perspective of the Rubell Family Collection, one of the world’s largest privately owned contemporary art collections first established in 1964. The Rubell Family has long been key collectors of German art, but no exhibition focusing on their German holdings has ever been presented––until now.

“This exhibition is truly a landmark event,” says Barilleaux. “At the McNay, we have a preeminent concentration of modern European art, but this presentation is our first exhibition of important European art from the last few decades. It is also worth noting that in the late 1800s, Germans made up approximately one-third of the population here in Bexar County. In those two respects, Made in Germany is directly linked both to one of the McNay’s foremost focuses and to the history of our wider San Antonio community.”

Rather than filtering the works solely through an encyclopedic lens, Made in Germany offers immediate insights into how German art has engaged collectors in recent years. The near-chronological presentation results in a compelling narrative that reveals how individual artists first gained attention; the dynamic interplay between students, teachers, and peers; and the ongoing dialogue created as younger artists reflect on the achievements of the giants who proceed them. This art is provocative, often exploring German social consciousness through narrative imagery and elements drawn from the real world.

“It is a tremendous honor to collaborate with Rene Paul Barilleaux and the McNay Art Museum,” said Juan Roselione-Valadez, director of the Rubell Family Collection/Contemporary Arts Foundation. “The foundation of the Rubells’ collection is built on contemporary art made in America and Germany, and this exhibition is the first in-depth presentation of the latter. For the last forty years Germany has been a wellspring for American artists, curators, and collectors, and it is via visits to studios, museums, and galleries in Cologne, Berlin, and Leipzig that the Rubells made many of their most significant discoveries. Thanks to the McNay, we are able to focus on and share these works with a greatly expanded audience in a world-class museum.”

Special educational events surrounding Made in Germany will include a conversation between Barilleaux and the Rubells; a Sunday afternoon family activity; a contemporary German film series; a program connecting German and Mexican cultures around Polka and Conjunto music; and much more.

In an effort to include the entire community, the McNay also offers free school tours, a free family day that includes access to the exhibition, and free general admission and tours every Thursday evening and on the first Sunday of each month.