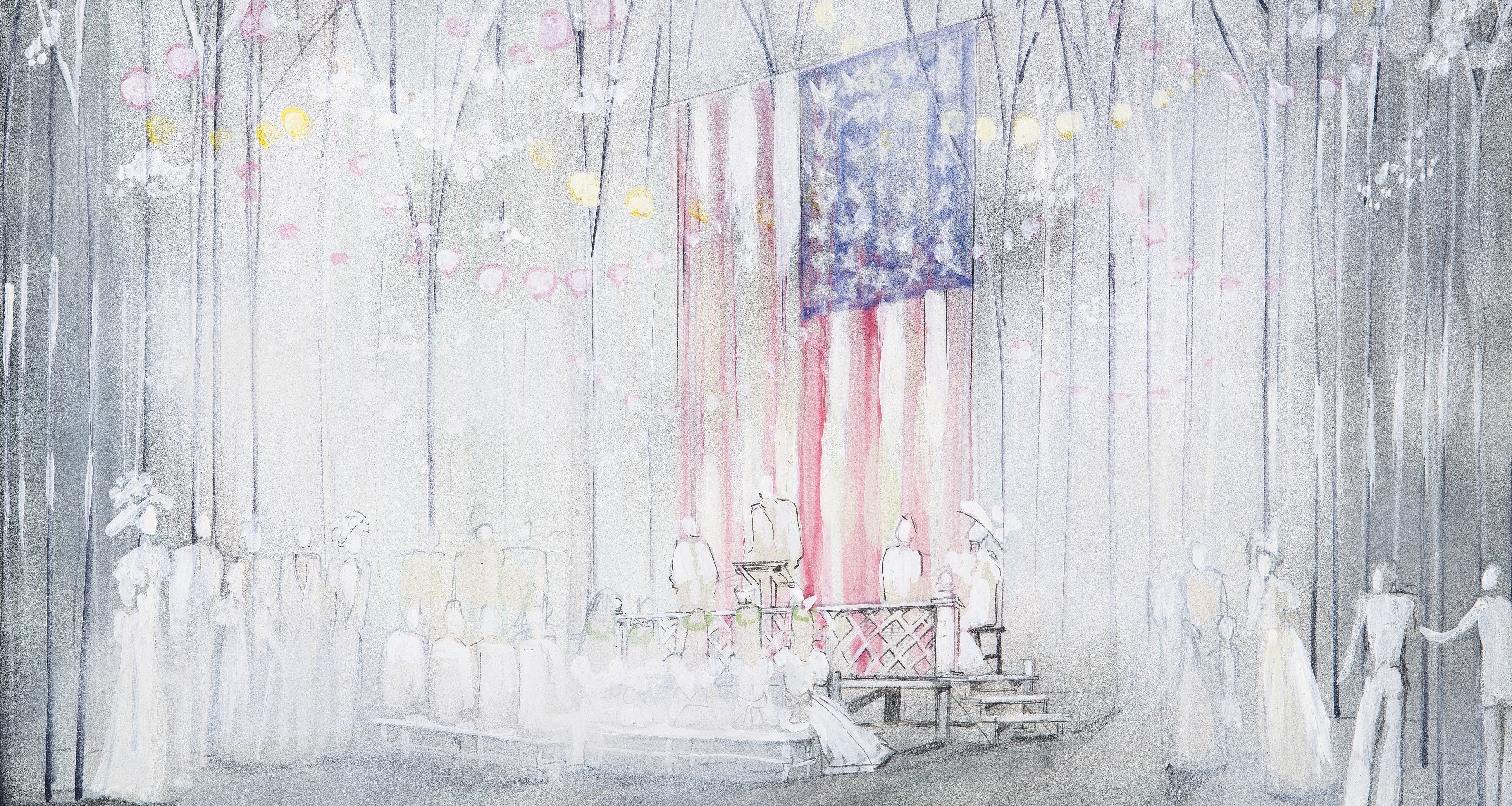 America on Stage Celebrates the Rare Work of U.S. Stage Designers from the Tobin Collection of Theatre Arts

San Antonio, TX (April 11, 2019) – Organized by the McNay Art Museum and drawn from the renowned Tobin Collection of Theatre Arts, America on Stage celebrates the vision of the nation’s 20th- and 21st-century master designers on stages across the U.S. and around the world. From the windswept plains of Rodgers and Hammerstein’s Oklahoma! to densely packed apartments in New York City’s Washington Heights featured in Lin-Manuel Miranda’s In the Heights, our country's growing diversity remains a continuous source of inspiration for landmark musicals, plays, ballets, and operas.

America on Stage offers bursts of awe, wonder, and nostalgia at every turn. The artistry of designing for the stage is reflected in innovative ballet and opera productions, musicals, dance, film, video, drawings, and paintings. Interactive opportunities throughout the exhibition invite visitors to take center stage in a recreated stage set—and even tap dance.

“This exhibition was designed to be a fun and engaging adventure,” said Timothy Retzloff, Tobin Theatre Arts Fund Curatorial Assistant. “We want the galleries activated with people laughing, dancing, and singing as they explore the pioneering work of artists, choreographers, directors, composers, and designers behind some of the most beloved stage performances in history.”

Highlights include 15 maquettes, or small-scale models, for stage productions such as You’re a Good Man, Charlie Brown; West Side Story; In the Heights; and Cabaret. A pop-up theatre within the exhibition shows scenes from the revival production of the Tony award-winning musical Spring Awakening, featuring a cast of differently abled actors – some using American Sign Language.

America on Stage develops four central themes throughout the Tobin Theatre Arts Galleries: Broadway, Nostalgia, Breaking Tradition, and Social Justice. Each theme is represented by an array of exceptional artwork accompanied by a thoughtful soundscape, further enhancing the visitor’s sensory experience. This exhibition is on view in the Tobin Theatre Arts Gallery through June 30, 2019.

This exhibition is a program of The Tobin Theatre Arts Fund

About the Tobin Collection of Theatre Arts