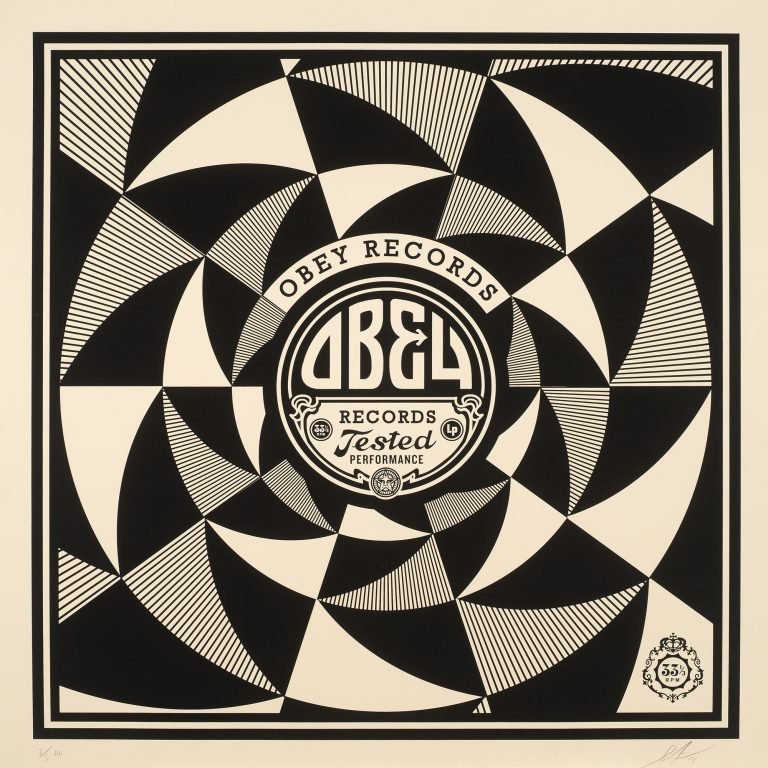 Art for the Sake of Art is drawn entirely from the old master collection at the Blanton Museum of Art at the University of Texas at Austin. The Blanton has one of the finest encyclopedic collections in the region with prints tracing the entire history of the graphic arts in Western Europe. This exhibition focuses on jewel-like ornament prints of the sixteenth century. Ornament prints, with their emphasis on pure form—sinuous lines and entrancing patterns and textures—allowed artists to experiment and freed them from the constraints that come with biblical or historical narratives, or with portrait commissions. Looking at these incredibly complex images, one can image the artist getting lost in the process, completely absorbed by the very act of artistic creation. The abstract quality of ornament prints as well their emphasis on pure line can seem almost modern in conception.

One of the highlights of the exhibition is a beautiful, silvery impression of Veneziano’s Panel of Ornament with Acanthus and a Swan of the mid-1530s. This is considered to be the single finest ornament print of the Italian High Renaissance.

“These very jewel-like ornament prints from the 1500s are beautiful examples of the printmakers’ art,” said Lyle W. Williams, Curator of Prints and Drawings at the McNay. “They started out as utilitarian objects, used to transmit jewelry design and architectural design, but they were also an excuse for the artist to explore the form and beauty of the pure line.

Williams says at a time when artists were often tasked with often repetitious assignments painting portraits of patrons or religious subjects for the church, this work freed them of these restraints.

“The artists in the 16th Century took delight and pleasure in creating these works. They are based on flora and fauna, and while not completely abstract, they have a certain modern aspect because their primary focus is neither figurative nor narrative.”

The ornamental prints served the same role as today’s Google image search, making it possible for a wealthy merchant in Antwerp to stay current with the latest designs coming from the studios of Rome. Inevitably, ornament prints became so refined and so beautifully made, that they transcended the merely utilitarian to become masterpieces of the printmaker’s art in their own right.

McNay visitors will find strikingly similar characteristics in the intensity and intricacy of patterning in the contemporary work of Shepard Fairey, whose prints will be on exhibition at the McNay beginning April 27. The works are recent gifts from San Antonio art collectors Harriett and Ricardo Romo.

Fairey is one of the country’s most famous and influential street artists of today. He came to fame in 2008 when he designed the Hope poster for Barack Obama’s presidential campaign. Many of Fairey’s prints were produced in collaboration with the late Richard Duardo at the Modern Multiples print shop in Los Angeles.

Fairey’s work has created a unique visual and graphic language as well as a style that is immediately recognizable and legible as his own. He does this with a limited color palette of black, white, tan, and red, as well as bold, repeating patterns and motifs. One of his most famous motifs is the highly stylized face of the professional wrestler André the Giant emblazoned with the word “OBEY.” Based on a street installation the artist did while a student at the Rhode Island School of Design called André the Giant has a Posse, the image has become Fairey’s trademark.

“It is obvious Fairey knows his art history very well. He is definitely quoting from the tradition of ornament prints from the 16th Century,” said Williams. “His is a contemporary take on the tradition that celebrates the punk rebels of the 1980s or lobbies for immigration reform. It is an interesting combination of imagery.”