HemisFair ’68 was the first and only World’s Fair to be held in San Antonio, Texas. The six-month celebration was proposed by local business leaders to commemorate the 250th anniversary of the city’s founding, and the shared cultural heritage of San Antonio and its Latin American neighbors. Demanding years of planning and coordinated investment, the Fair required massive commitments of time and energy from the people involved.

The McNay partnered with UTSA Libraries Special Collections to present this unique exhibition, organized in celebration of the 50th anniversary of HemisFair ’68 and of San Antonio’s Tricentennial. Highlighting artists and designers who contributed to the Fair, HemisFair ’68: San Antonio’s World’s Fair features small selections of artworks, architectural drawings, conceptual site plans, costume and graphic designs, ephemera, souvenirs, and audiovisual materials, including film and sound recordings, that document the early planning for HemisFair ’68. 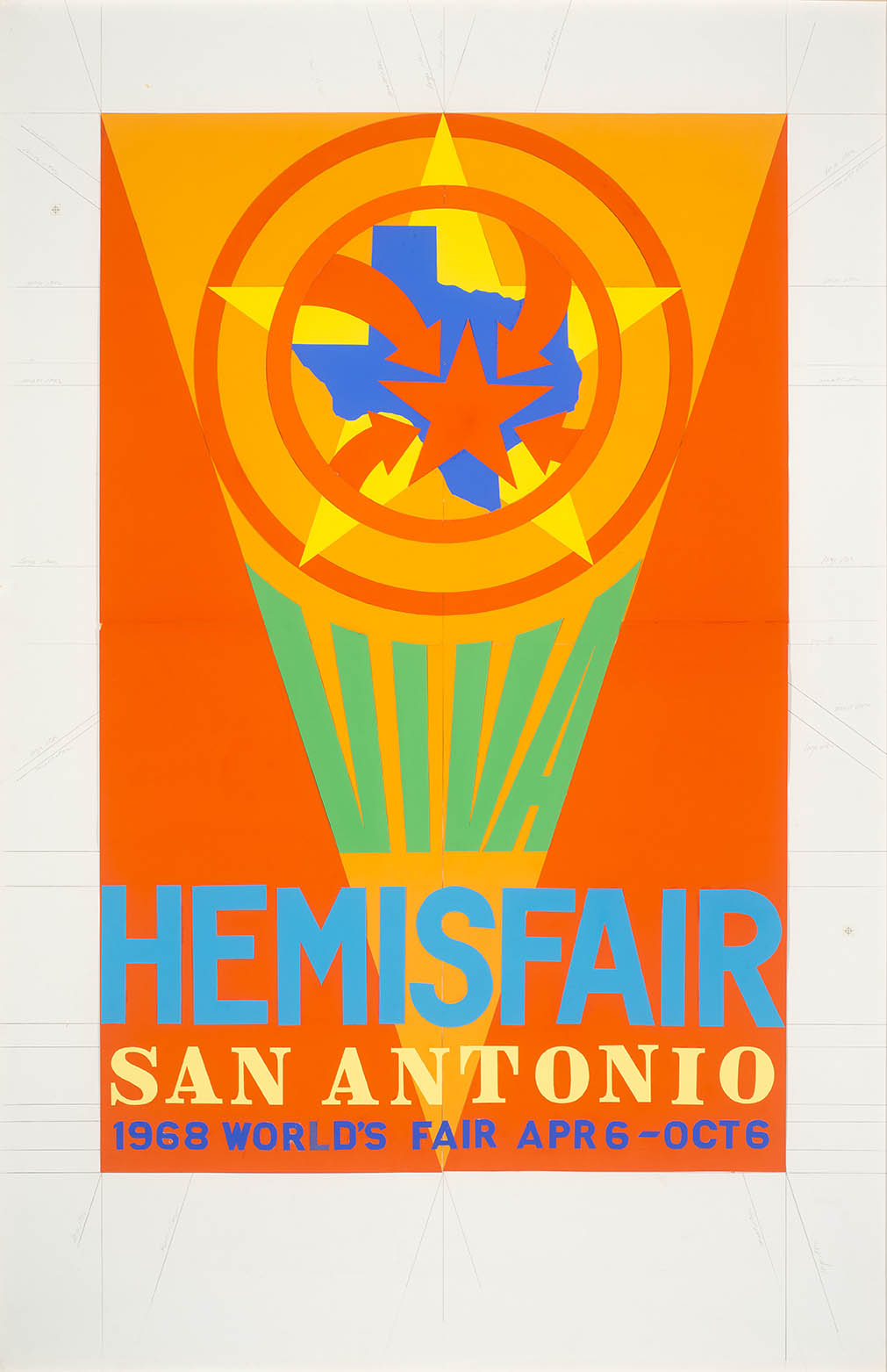 This exhibition is organized by Heather Ferguson, former Archivist for the McNay Art Museum, with Amy Rushing, Head of Special Collections for UTSA Libraries. Lead funding is most generously provided by the Elizabeth Huth Coates Exhibition Endowment and the Arthur and Jane Stieren Fund for Exhibitions.