Artworks from the Tobin Collection of Theatre Arts by Jean and Bill Eckart, Robert Wilson, and John Rothgeb—all Texans, as well—are paired with theatre designs by the exhibition’s thirteen featured Texas artists. Artists Carlos Merida, Mary Lee Bendolph, Keith Haring, and Marion Koogler McNay, among many others from the McNay’s permanent collection, meld seamlessly into the exhibition adding context to the creative conversation.

The far reach of San Antonio-based theatre artists is found in the exhibition’s vibrant collection of objects that represent theatre performances seen by audiences across the country – and around the world. 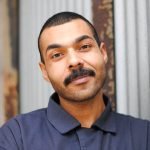 Montana Levi Blanco is a costume designer from Albuquerque, New Mexico. His grandmother, a lampshade artisan, inspired an early love of fabric, color, and beauty. Montana is a graduate of the Oberlin Conservatory of Music (BM Oboe Performance), Oberlin College (BA History), Brown University (MA Public Humanities), and the Yale School of Drama (MFA Design). Prior to attending Yale, in 2012 he was the Robert L. Tobin Curatorial Intern at the McNay Art Museum in San Antonio, Texas. Montana is the recipient of a Special Drama Desk, a Lucille Lortel, two Henry Hewes, and two Obie awards. 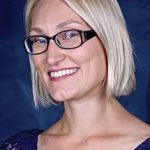 I received a Master of Fine Arts degree in Theatre: Integrated Media in 2014 and have since worked in Austin and other Texas cities as a designer and scenic artist. I am a designer and maker of environments using skills in video projection design, scenic painting, and scenic design to challenge audience perception of physical space. Video projection design is evolving exponentially as new technology, programs, and artists enter the industry. The seamless integration of video projections into performances will continue   to evolve, especially when applied to creating immersive experiences. 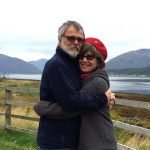 We met at Trinity University, soon thereafter becoming partners in life and design. Texas has been home ever since. Practicing theatre is a collaborative venture and we are grateful for all the artisans and technicians that make this lively art happen. Theatrical design is forever changing; hand-painted renderings morph into digital images and projections. Art has always and will continue to evolve as we do. 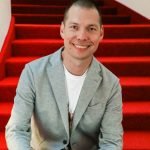 After spending most of my career in New York and Northern California, I moved to Texas in 2018 to join the leadership staff of Houston’s Alley Theatre. Stage designers are underrepresented in arts leadership, and the opportunity to explore new horizons – literally and figuratively – has been a remarkable one. I often think of the designer as a sort of translator. Theatre is a visual medium; a written script is a play encoded on the page – it can only be unlocked by other artists. Interpretating a playwright’s words into physical space is both a great responsibility, and a kind of magic. Conversations about the trajectory of our field tend to focus on technology, but increasingly, the most meaningful evolution in stage design centers on important new conversations: who gets to tell stories, and why? How do the personal histories of designer-artists shape their work as storytellers? 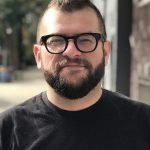 I was raised in Texas, and it is very much a part of my identity, and that relationship continues to evolve as I get older. My connection to Texas is rooted in my immigrant family, who chose to cross over to the States from Mexico well before I was born, in hopes of building a better future for themselves. Texas for me is a reminder of the sacrifice my parents made in coming here. It is their legacy. I am always in search of truth in any design, whether a particular text/libretto/book is rooted in realism or not, at the heart of my work as a designer is to uncover that which helps to support the text and tell the story. My work as a theatre artist is to be as pure to the text as I can, discarding anything that feels superfluous or in the way. I hope theater design continues to push boundaries both in terms of who gets to be in the room (and not just the few marginalized people of color) but also how storytelling is being communicated. I hope more hard truths come to light both offstage and on. 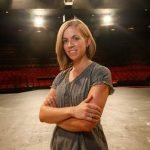 I moved to central Texas in 2010 to take a faculty position at Texas State University and soon began designing frequently at ZACH Theatre in Austin. I am a lighting designer for live entertainment, primarily theatre. I accidentally stumbled into designing mostly musicals. Having recently become Chair of the Department of Theatre & Dance at Texas State University, I hope to continue designing on a more limited basis. 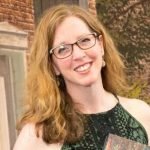 I moved to Austin, Texas, from Huntington Beach, CA., in 1999 to cultivate my studio art practice and lead the scenic art studio at Texas Performing Arts. I have advanced to Assistant Professor of Practice and Associate Director, Texas Performing Arts Fabrication Studio for the University of Texas at Austin, teaching painting, visualization, and project-based interdisciplinary team collaboration. Drawn to scenic art for its sheer scale, my love of monumental art, performance, and collaboration led to a life in the theatre. Honing my painting skills in the art studio, I bring an embodied understanding of direct painting from observation to the craft and teaching of scenic art. Scenic art and visualization for live performance are evolving with the advent of projected and digital printing technologies. Yet, multitudes of artists are still needed to fill the fabrication demands of film, television, themed attraction, theatre, and art installation spaces. The art and artists will remain, but the processes and artifacts will change.

As a sixth generation Texan, I am deeply rooted here. Though educated elsewhere with extensive time spent living and working in Europe, my professional work is profoundly connected to Texas. My work is a combination of rigorous American training informed by a European sensibility, with a passion for all forms of performance and a pragmatic work ethic. We are living through a fundamentally disruptive cultural change due to new technologies and I am excited to how the next generation grapples with this. 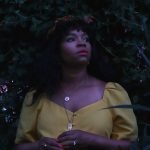 I’ve lived in the Dallas-Fort Worth, Texas, area since the age of 12 and as the saying goes, “I may not have been born in Texas, but I got here as fast as I could.”  And though sadly I have moved away, I will always consider Texas my home and be a Texan at heart. I love that I get to tell stories through design. I never thought I’d get to work in the theatre arts as a career and now that I’m in the thick of the industry, I’m still as in love with it now as when I was 12 and decided I wanted to be a costume designer. I hope to keep creating art through theatre, especially when it comes to shows that are unconventional and push the envelope. I understand everyone’s love for the classics, but I’ll take designing some crazy off-the-wall show any day. 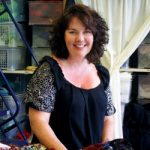 I was born in San Antonio, TX and raised in Fort Worth. My MFA is from UT Austin. I visited San Antonio often because my relatives lived here. I grew up visiting the McNay, the Witte and SAMA. Every project is different and new. New collaborators, new directors change how we work from project to project. I always start out as text or music based, but depending on the project, and collaborators, design can greatly deviate from text-based cues. I believe every designer approaches the material in a project from their own biography. As a teacher at the University of the Incarnate Word, I see and cultivate the future of costume design daily.  The pandemic has been an obstacle to making live theatre, but it has also forced many of us to work with the camera and work in ways we never imagined. Our students are training for a changing world, but the expression of storytelling to incite empathy has not changed. 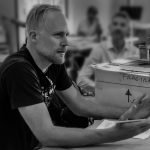 In 2016, I moved to Texas from Saint Louis, MO to begin my full-time career as Assistant Professor of Scenic Design at Trinity University. Since then, I have continued freelance set designing based in San Antonio. Theatre art is an expression of the human experience. As a practicing set designer, it has been a privilege to enhance audience experiences for over two decades. Since the late 19th century, set design has been considered the script’s metaphoric extension in the form of physical space. That role continues to evolve in the same way our daily lives are shaped by current events and new technology. For me, the primary design question to consider is “How can set design reach today’s audiences in an impactful and familiar way?” 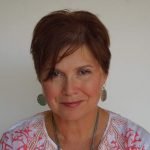 Texas is my home. I’ve lived many places, but I always came back. I’ve designed in several Texas theaters and taught at three Texas universities. I’m interested in how I can maximize the emotional qualities of storytelling through design.  Sometimes it is using an abstract, conceptual form, other stories require a more realistic, contextual setting. Two major influences on future theatre design are the integration of technological advances and the audience’s desire for interactive experiences by breaking down traditional actor/performer space delineations.

"The world turns. Day deepens to night. People multiply. Flora and fauna surrender land and a place in the sun. The artist,…

This exhibition has been extended by popular demand. Georgia O’Keeffe and American Modernism is organized with a focus on a wider, more…