El otro lado (The Other Side)

El otro lado (The Other Side) 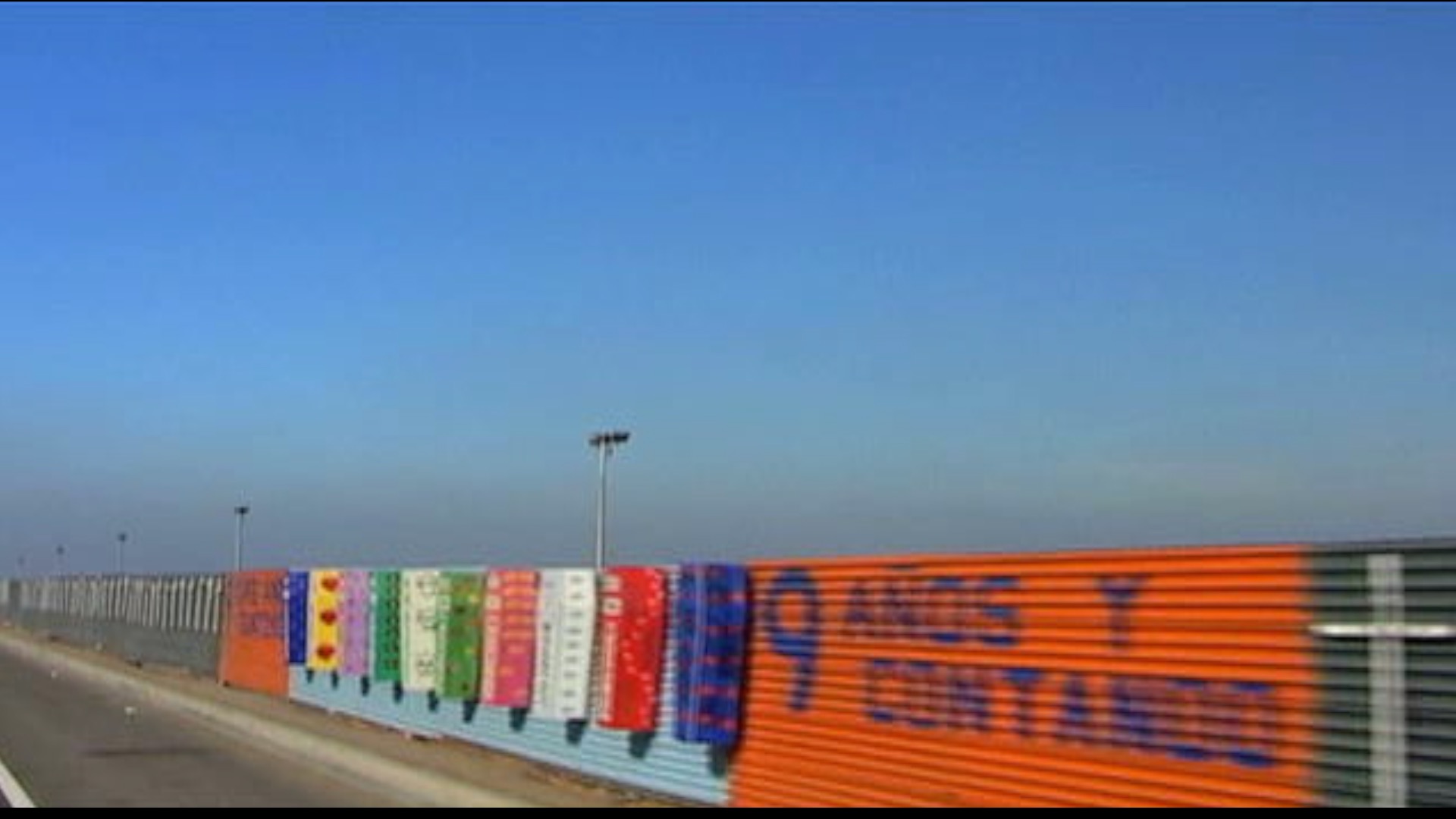 The experimental documentary, El otro lado, reveals the controversial idea of a wall along the border between the US and Mexico as a projection of our fears, desires, and politics. The film reflects on the problems created by that idea, and border residents’ creative responses to those problems.

Anne Wallace drove the 2,000-mile international boundary, crossing back and forth to record people’s stories, film the dividing line, and document ambient sound in wildlife sanctuaries from South Texas to Western Arizona.

In his review for the daily newspaper Rumbo, Gabriel Rodríguez-Nava writes that, as the hypnotic tracking shot of a wall mesmerizes the viewer, “the voices seem to arise like mirages in the desert. They are the voices of the border itself which address the spectator not with the voice of the journalist but with the voice of the artist who communicates with symbols and metaphors.”

Image: Anne Wallace, American, born 1954. Still from El otro lado, 2004. Sound and video, Stereo re-mix with subtitles. 12 minutes 35 seconds.
This exhibition is organized by the McNay Art Museum. Lead funding is most generously given by the Elizabeth Huth Coates Exhibition Endowment and the Arthur and Jane Stieren Fund for Exhibitions.