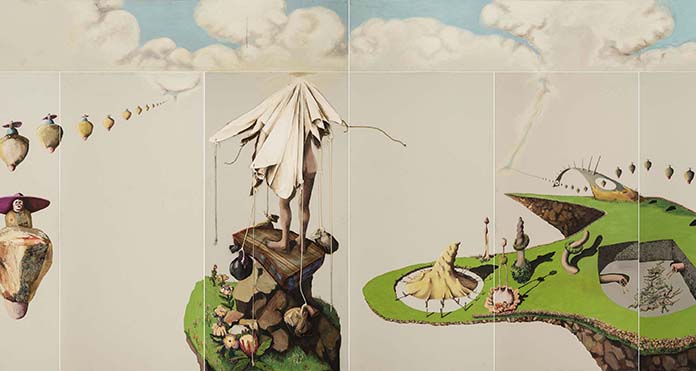 This AT&T Lobby installation is part of Something to Say: The McNay Presents 100 Years of African American Art.

Between 1970 and 1975, Benny Andrews created six monumental paintings as part of his Bicentennial series in response to official United State Bicentennial plans to be carried out in 1976. The artist feared that African Americans and their contributions to American history would be defined by slavery or omitted from the narrative completely. The McNay presents the fourth work in the series, Sexism, 1973, wherein Andrews, inspired by his involvement with feminist groups and activists, explores similar oppressions of women. The work is humorous, surreal, provocative, and complex in its contemplation of the distribution of power among genders.