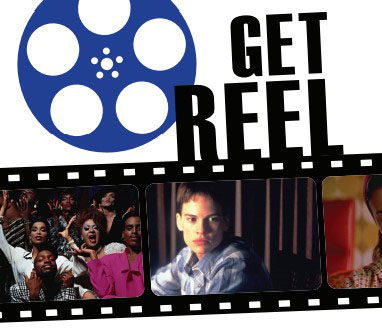 About GET REEL: This summer, Bryan Rindfuss curates four films in which appearance and gender identity play defining roles. Rindfuss is a photographer, writer, and editor who began working with the San Antonio Current in 2009. In 2015, he was named Editor-in-Chief of Out In SA, an LGBTQ+ lifestyle publication under the umbrella of Euclid Media. Rindfuss’ photographs have appeared in publications such as Nylon, Interview, Harper’s Bazaar, The London Independent, and The Washington Post.

May 30: Paris Is Burning

As a film student at New York University, Jennie Livingston had a chance encounter with a group of young gay men voguing in Washington Square Park. Livingston’s groundbreaking documentary chronicles drag ball culture and the African-American, Latino, gay, and transgender communities involved in elaborate runway competitions. In 2016, the film was selected for preservation by the Library of Congress as being ‘culturally, historically, or aesthetically significant.’

July 25: All About My Mother

A nurse overseeing organ transplants in Madrid, single mother Manuela (Cecilia Roth) sees her son Esteban get killed by a passing car as he attempts to obtain an autograph from a famous actress (Marisa Paredes). After donating Esteban’s heart to a patient, Manuela sets off for Barcelona in search of his father, who is living as a trans woman named Lola (Toni Cantó). Directed by Pedro Almodóvar, this film won an Academy Award for Best Foreign Language Film.

Shot entirely on three iPhones, this comedy-drama follows a transgender sex worker named Sin-Dee Rellla (Kitana Kiki Rodriguez) who discovers her boyfriend and pimp has been cheating on her. Written and directed by Sean Baker (The Florida Project) and writing partner Chris Bergoch, Tangerine premiered at the Sundance Film Festival in 2015.