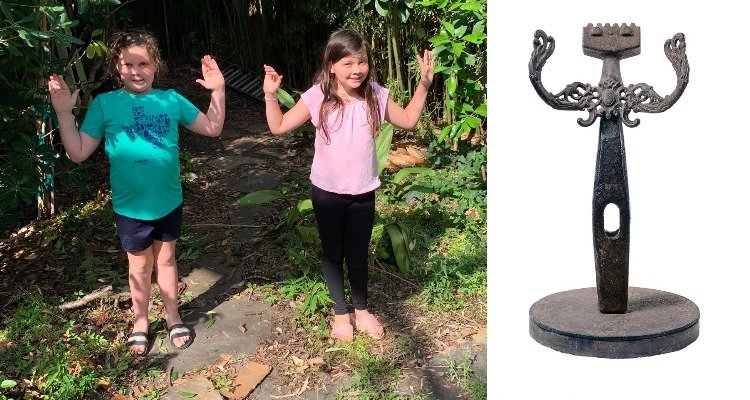 When I was a kid, we played a reckless game called ‘swing the statue.’ No one on the Education team has heard of it, and I can’t help but question my folks and their dubious parenting practices as I write this. Nevertheless, my siblings and I loved the game, and we all survived relatively injury-free.

Here’s how it goes: one player takes the hands of another player and swings them in a circle. A grassy surface is ideal because the player is released and lands on the ground. Once released, the player holds the pose of a statue, however precarious. It’s harder than it sounds. I found a video that generally captures the experience, but it looks very tame compared to my memory. 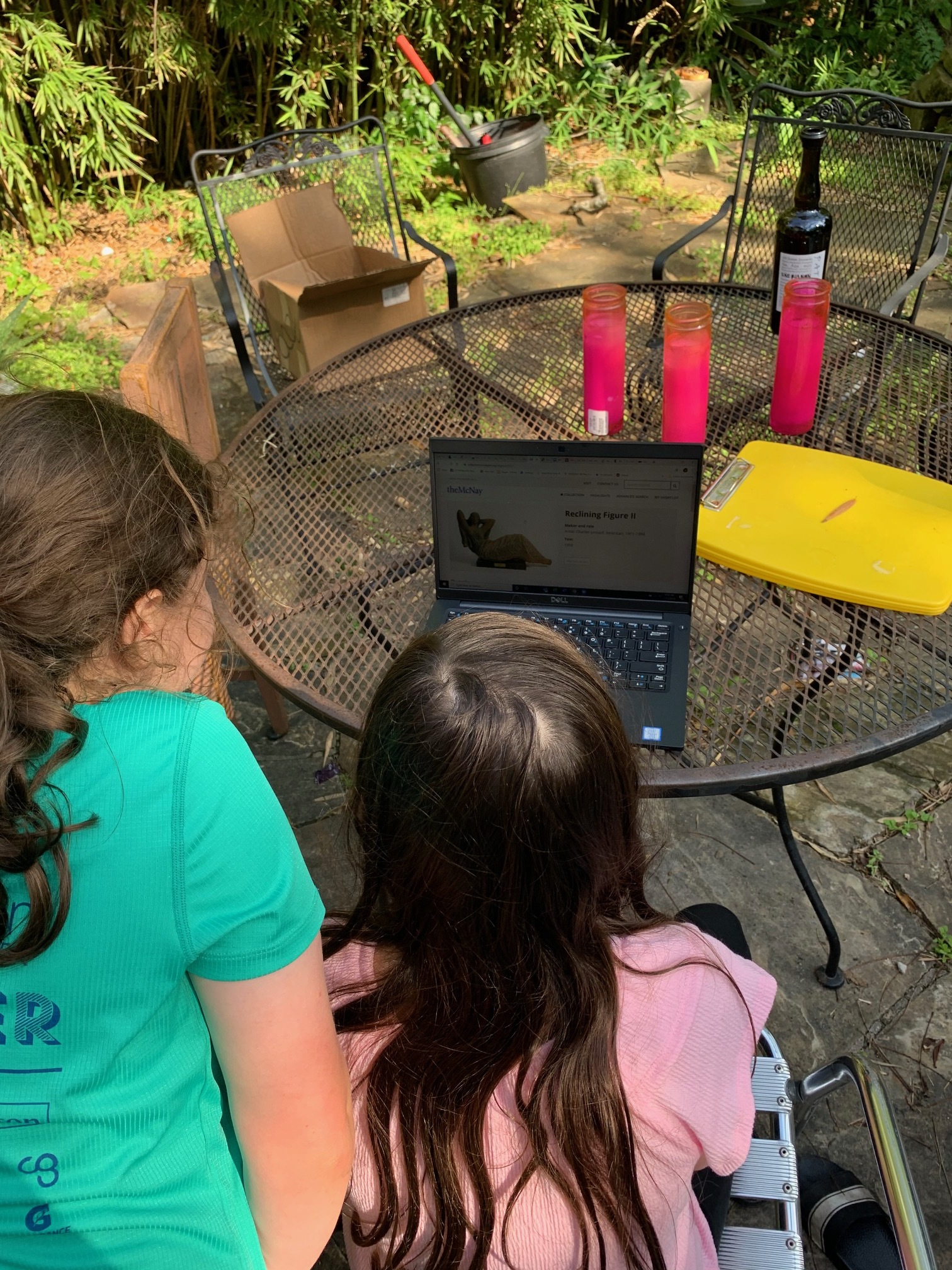 I hesitate to mention this activity to my kiddos, because I know they’ll ask me to demonstrate. That being said, it reminds me of an activity that I’ve observed in the Museum galleries where we invite students to strike the pose of an object on view.

Kinesthetic or tactile learning can be used to teach art history vocabulary. Practice with a word like contrapposto, a pose in which the figure has most of the body weight concentrated in one foot and the other is more relaxed. 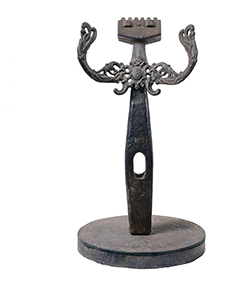 This week my daughters and I practiced some kinesthetic learning by exploring three figurative sculptures in the McNay collection. (BTW, in art museums, you often hear the term sculpture used instead of statue.) Take Jim Love’s Choir Director, 1959. We looked at the sculpture, and then we practiced the motion of directing music. It got a little competitive during the process. In the sculpture, note the contrast between the decorative flourish of the arms with the minimal figure.

Another sculpture we explored was Charles Umlauf’s Reclining Figure II, 1959. The girls were eager to try this pose, but it was pretty hard to hold for very long. Note how both the arms and legs appear to be suspended. See their efforts above.

We had the patience for one more object. One of my daughters likes gymnastics and dance, and the other one likes basketball and soccer. I thought of Paul Manship’s Atalanta, 1921, as she is both graceful and athletic. Known as a swift huntress in Greek mythology, Atalanta famously refused to marry unless her suitor could outrun her in a footrace.