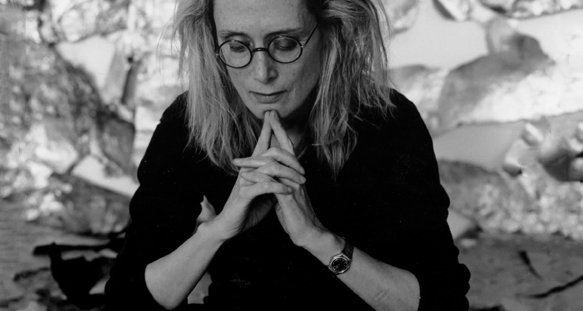 The essential core of an art exhibition catalogue is a record of the works exhibited. It is a memory device for those who have  seen the exhibition, a (sometimes poor) substitute for those who haven’t, and (hopefully) a permanent addition to the cultural record. A good, and helpful, catalogue performs any number of additional contextualizing and interpretative functions through 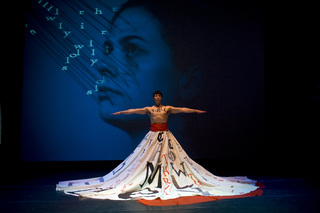 various combinations of photographs, essays, interviews, chronologies, bibliographies, and other components melded into a satisfying whole. In my opinion, the very best catalogues offer superb photographs; lucid, jargon-free essays by perceptive observers and thinkers; and all the tools one needs to find out more about the subject. For single-artist catalogues, l really like a good interview with the artist!

Lesley Dill: Performance as Art is published in conjunction with the exhibition of the same name at the McNay Art Museum, on view through September 6, 2015. It meets virtually all the requirements of a great catalogue, and for such a modestly-sized publication (67 pages) it packs a lot in: dozens of images, absorbing interview and essay, captivating design, and a thorough record of Lesley Dill performances from 1993-2015.

The mostly-color images document performances, costumes, preparations, collaborators, and inspirations. And if you thought that they were lacking in captions, you’ll find most of them on the last page, with captions for the figures accompanying Jody Blake’s essay a few pages earlier. While most of the images in the “Performances, 1993-2015” section lack traditional captions, each is clearly associated with the particular performance being described. Particularly admirable in this section are the liberal inclusion of Lesley Dill’s own words, notes on the existence of films or DVDs of various performances, and thorough credit given to Dill’s performers and other collaborators, including names of each of the 32 Ars Nova Singers who performed I Heard a Voice at the Evergreen Cultural Center in British Columbia in 2003!

René Paul Barilleaux’s interview with the artist is a model of the genre, using few words to guide the direction of the exchange while allowing the word-conscious Dill all the latitude she needs to be expansive, and even to digress. Her language can jolt: she describes not liking poetry much, until her mother sent her a book of Emily Dickinson’s poems. All of a sudden, “These words had wings and jumped down my throat like electrical blue hummingbirds. I actually saw the words as blue light—really, it’s true.” 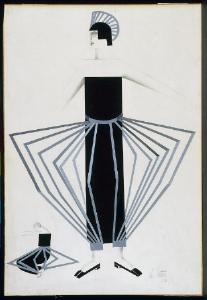 Jody Blake’s essay is entitled “Performing Garments: Lesley Dill and the Russian Avant-Garde.” It connects Dill’s artistic practice with that of female artists prominent in the McNay’s collection and whose designs stretch back a century: Natalia Gontcharova, Alexandra Exter, and Sonia Delaunay—along with Dill and Emily Dickinson, voices in a great conversation.

While initially conceived as a catalogue of the exhibition, Lesley Dill: Performance as Art is both more and less. More because it provides numerous touchstones to the current exhibition within the context of an entire career. Less only because it doesn’t strictly record the details of each work in the exhibition, a circumstance often necessitated by the exhibition itself, which can change right up to its opening, and a carefully planned accompanying publication, which can’t.