Miró: The Art of Seeing |  A Conversation with Dr. William Chiego


Posted on October 01, 2015 by Dr. William Chiego, Director of the McNay Art Museum 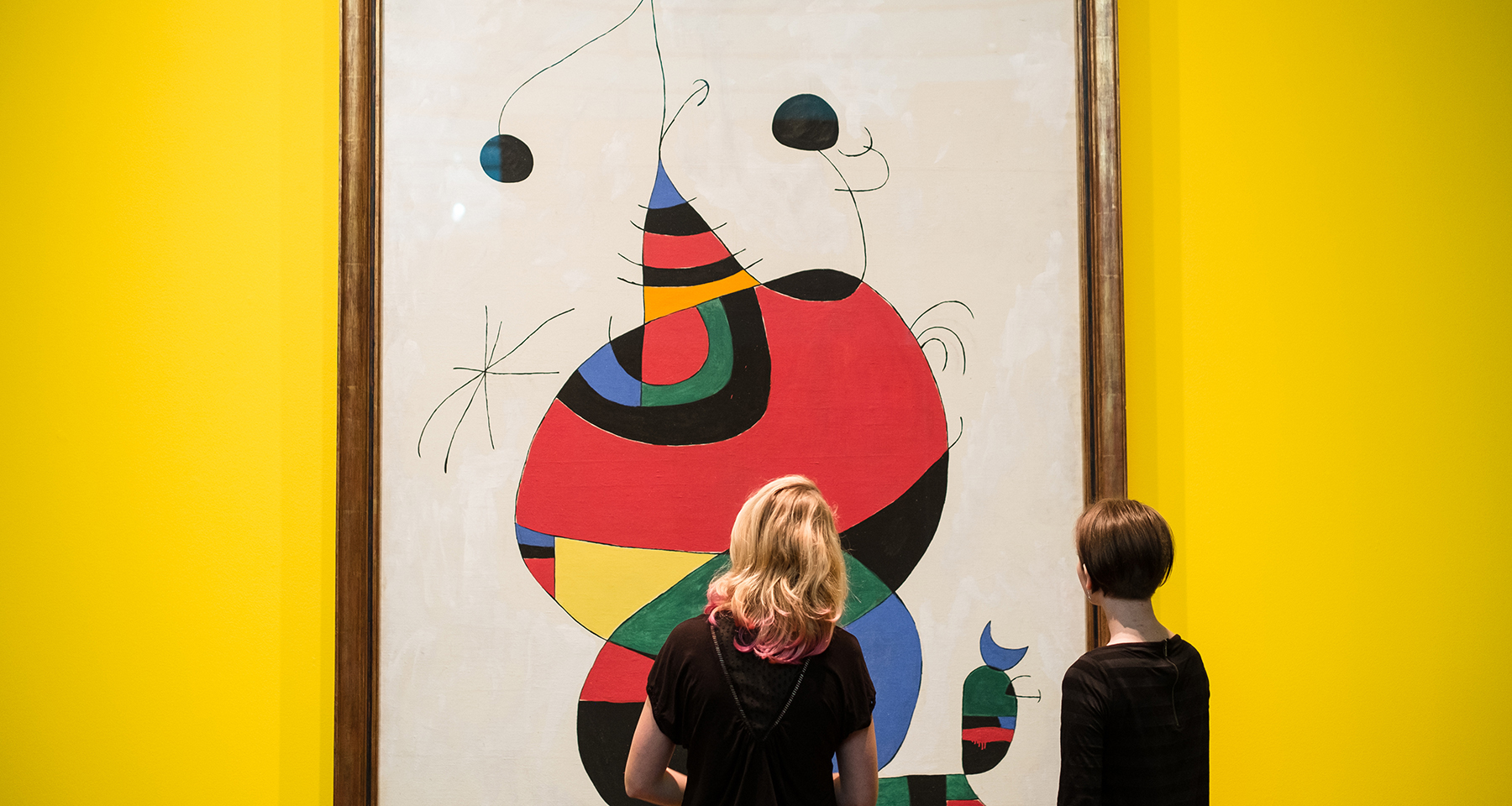 Q. On September 30, 2015, the long awaited exhibition, Miró: The Art of Seeing opened at the McNay and features more than 50 remarkable paintings, drawings, and sculptures created by Joan Miró between 1963 and 1981. Can you describe what guests can expect to see when they visit?

A. What you’re going to see is a body of work that represents roughly the last two decades of Miró’s life when he was incredibly productive. The show is evenly divided between painting and sculpture. It is a very interesting show in the sense that you see the connections between the paintings and the sculptures throughout because he kept playing with similar ideas, similar forms, similar themes, and some of these are themes he carried through his whole career. They are all based in nature although his work tends to take on a sort of abstract surreal quality; it really is based on nature. In almost every case, you’re really seeing some kind of living creature whether it human or a bird or you’re seeing a landscape and stars and other things from nature, but he makes them almost into symbols. It’s really extraordinary because the man was in his 70s and 80s and he was probably doing the most daring work of his career. 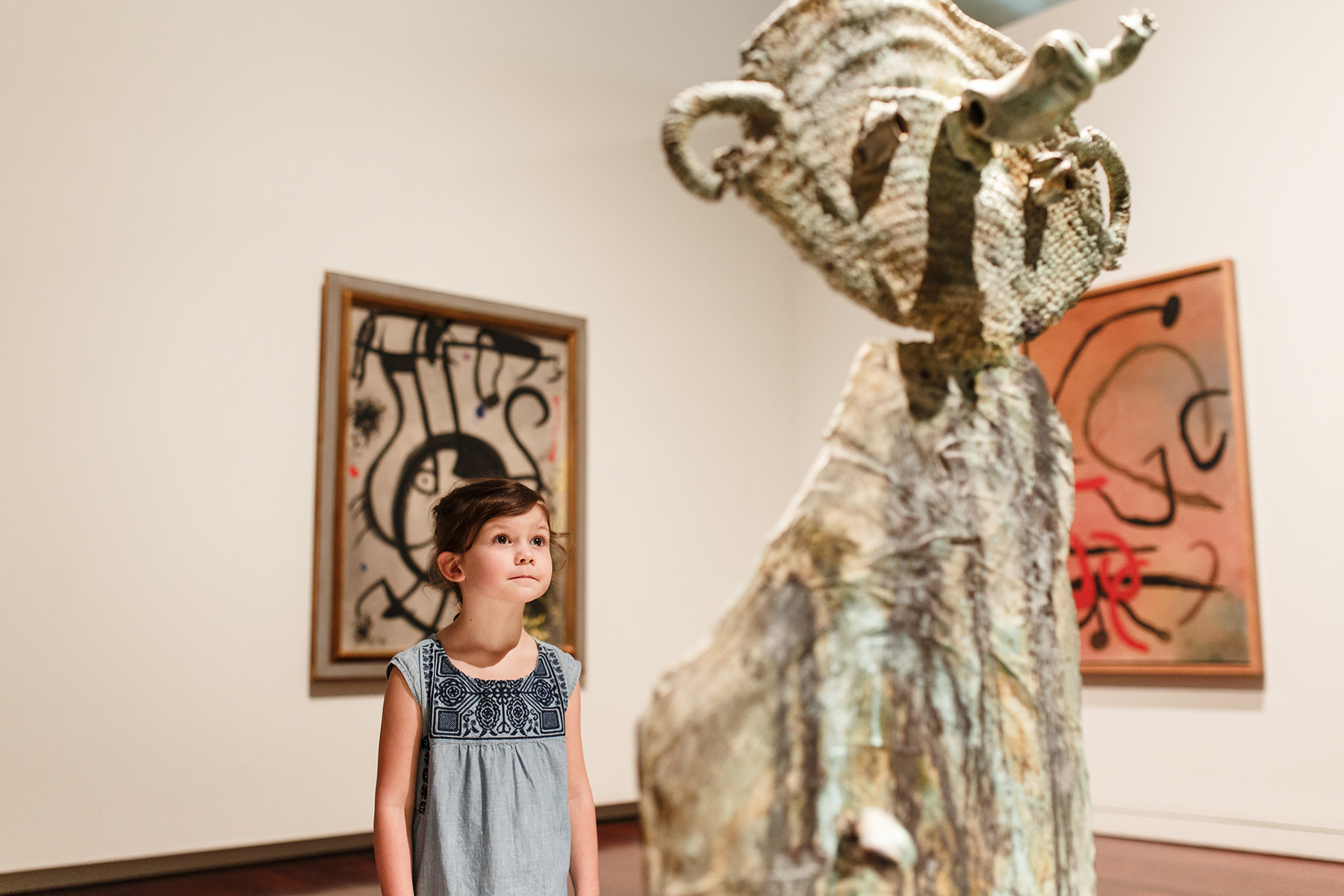 Q. The sculptures and paintings in this exhibition are full of whimsy and are fascinating to explore. What do you enjoy most about them?

A. The sculptures are amazingly inventive because he used all kinds of things that were ready to hand that he would then cast in bronze to make a figure of some sort or some sort of personage. You’ll see that the head of one is a basket that he has cast in bronze. All kinds of interesting elements are then joined together like a collage, but he casts all these parts together in bronze so it becomes a sculpture that is a unified form. But it’s based on all of these disparate things that he has picked up and has decided to reuse.

His work is very playful. There’s a joyful kind of childlike quality about it. It’s all very sophisticated but there is something almost so free form about what he does and how he combines things that I think people tend to be drawn to them.

When I saw the show at the Nasher Museum at Duke University, I was fascinated watching kids come in the gallery because as they look at sculptures they were immediately drawn to them because they seem like little people. They had this quality of the kids looking at them, and the sculptures looking at the kids. There’s that kind of very playful quality to especially the sculpture, but then the paintings take on very bold, very colorful attack on forms. They go from being extremely colorful to being just black and white. There’s quite a range. I think it really shows that even though his career began in the 1920s, he was still growing as an artist in the last two decades of his life, in his 60s, 70s and the beginning of his 80s. He was the most daring and abstract at the end of his career.

There are a few that are around 5 feet in height, a lot of them are sort of medium scale, 3 to 4 feet in height that will be sitting on a low pedestal. So they vary, and there are some of them are quite small so there is quite a range in size to the sculpture. They’re all bronze, when you start to look at them you can see, because he was casting in bronze, he could do all kinds of things with the surfaces, too, so they are all just very playful and very much based on his imagination and things that fascinated him. 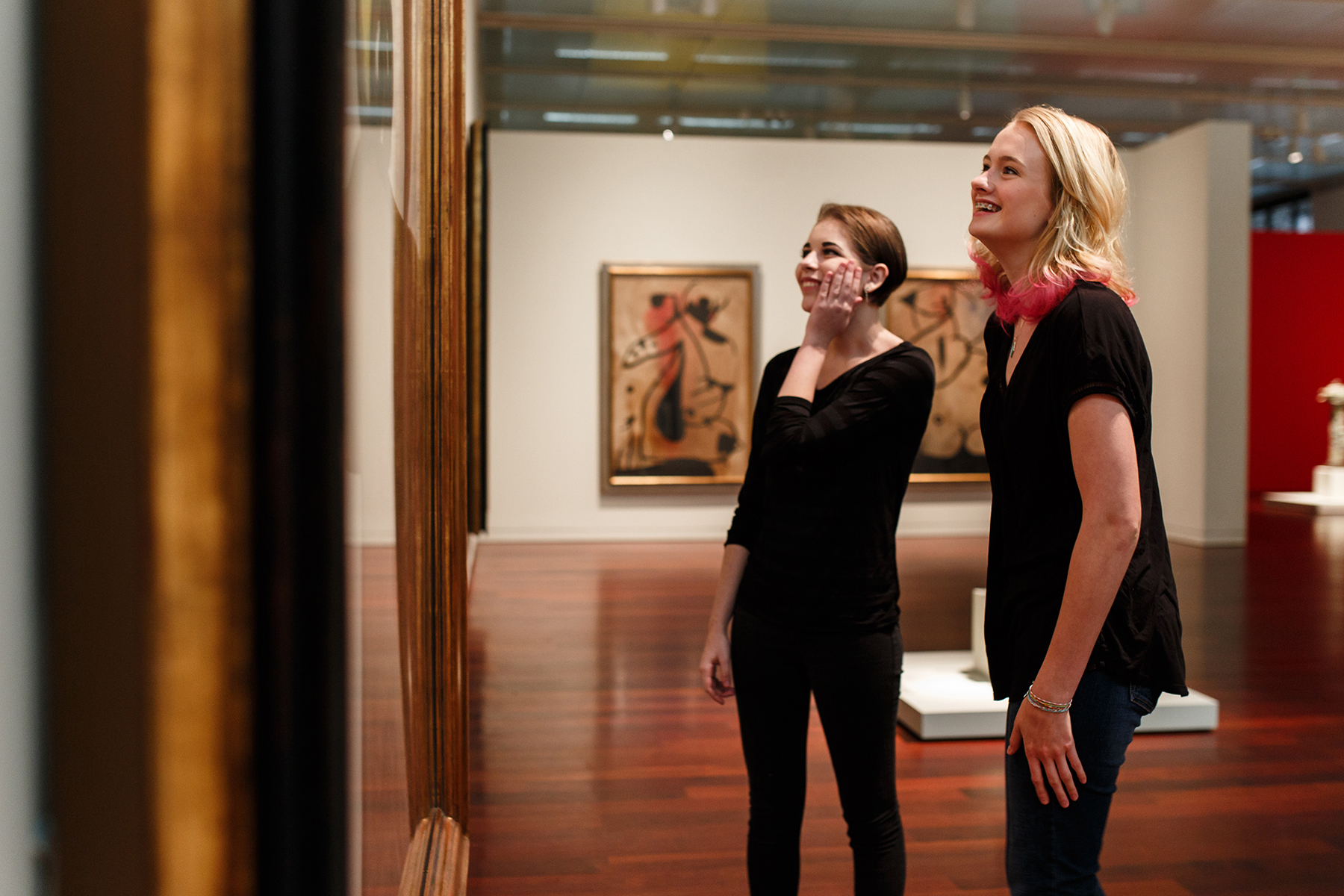 Q. This exhibition is a first for the McNay and San Antonio?

A. We really are excited because it’s the first time we’ve had a major exhibition of Miró in San Antonio. His career really spanned such a long period – 60 plus years- it’s an aspect of both pre-war and post-war art in Europe that we don’t represent in our collection so it’s a special opportunity. It’s all coming from the Reina Sofía Museum in Madrid with whom we have never done a show with before either, so we’re very excited and pleased that people are coming over from the Museum for the opening.

I think our presentation here is going to be quite special because of the scale of our galleries and the amount of light that we have I our space. I think it’s going to look great here.

Q. You have an interesting theory about Hollywood filmmaker Steven Speilberg’s connection to Miró.

A. I think Steven Spielberg was channeling Miró when he created the movie E.T. The Extraterrestrial. The movie came out in ’84 and Miro died in ’83. There is an uncanny resemblance that some of Miró’s sculptures have to that amazing creature (E.T.). I think people – especially kids – will find that fascinating.

Q. How can people learn more about Joan Miró?

During the exhibition, we will be showing two videos– one showing Miró actually painting, which is quite wonderful, and then another that is an interview with him which provide great insight into him and how he worked.

We will also have a number of  lectures and other programming this fall that will provide additional opportunities to learn about Miró’s work.