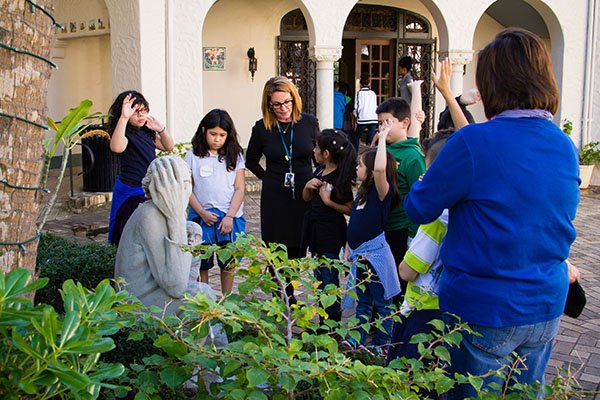 If you are interested in art, like learning, love the McNay Art Museum, and enjoy talking with students, you may be a docent-in-the-making. The McNay Docent Council is accepting applications for the 2016–2017 docent class.

What do docents do? As volunteers of the McNay Art Museum, docents engage visitors of all ages and interests in observing and talking about art. On average, the McNay serves about 16,000 students a year with docent-led tours and another 3,000 adult visitors. A current docent reflects,

What a pleasure it is to experience the awe, creativity, and insight coming from young museum visitors. 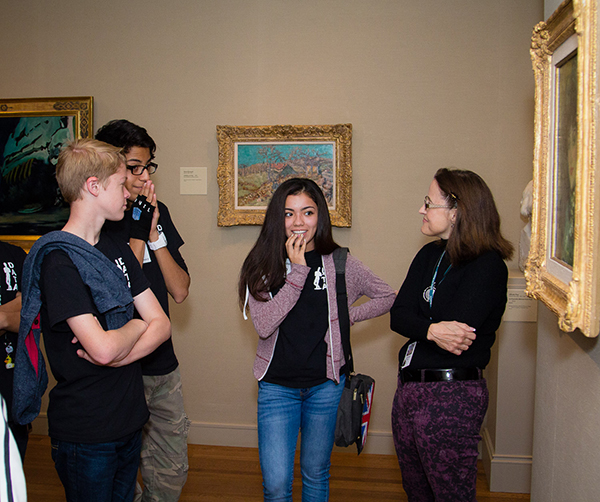 Do I have what it takes to be a docent? Docents are lifelong learners. As the program grows and matures, training for new docents requires a substantial commitment at the outset. New docents meet twice a week for 2 hours from approximately October to March. After completing New Docent Training, docents commit to monthly training sessions, a week of continuing education in September, and another in January. About Docent Continuing Education (DCE) one docent writes,

The importance of DCE, in my opinion, is the time devoted to learning. I don’t want to miss a single session. 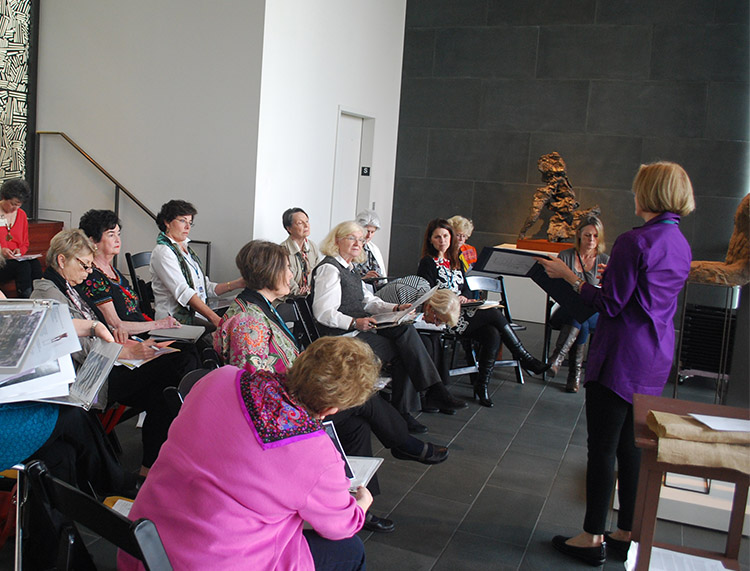 What’s the history of the organization? Founded in 1954 by Junior League volunteers Marcia King and Peggy Pitman Mays, the docent program recently celebrated 50 years of enriching visitors’ appreciation of art and architecture at the McNay. As the museum and collection has grown, docent commitment and training has expanded accordingly. In the early years, the McNay’s first director John Palmer Leeper and his wife Blanche, in her role as librarian, provided all the necessary training. When the current director William J. Chiego arrived in 1992, he officially established an education department outside of the docent volunteers to provide support and leadership. Over time, the collection has grown; the building has expanded; and the exhibitions draw increased visitors; but the docents remain a constant in their dedication to the museum and its mission of engaging a diverse community in the discovery and enjoyment of visual art. 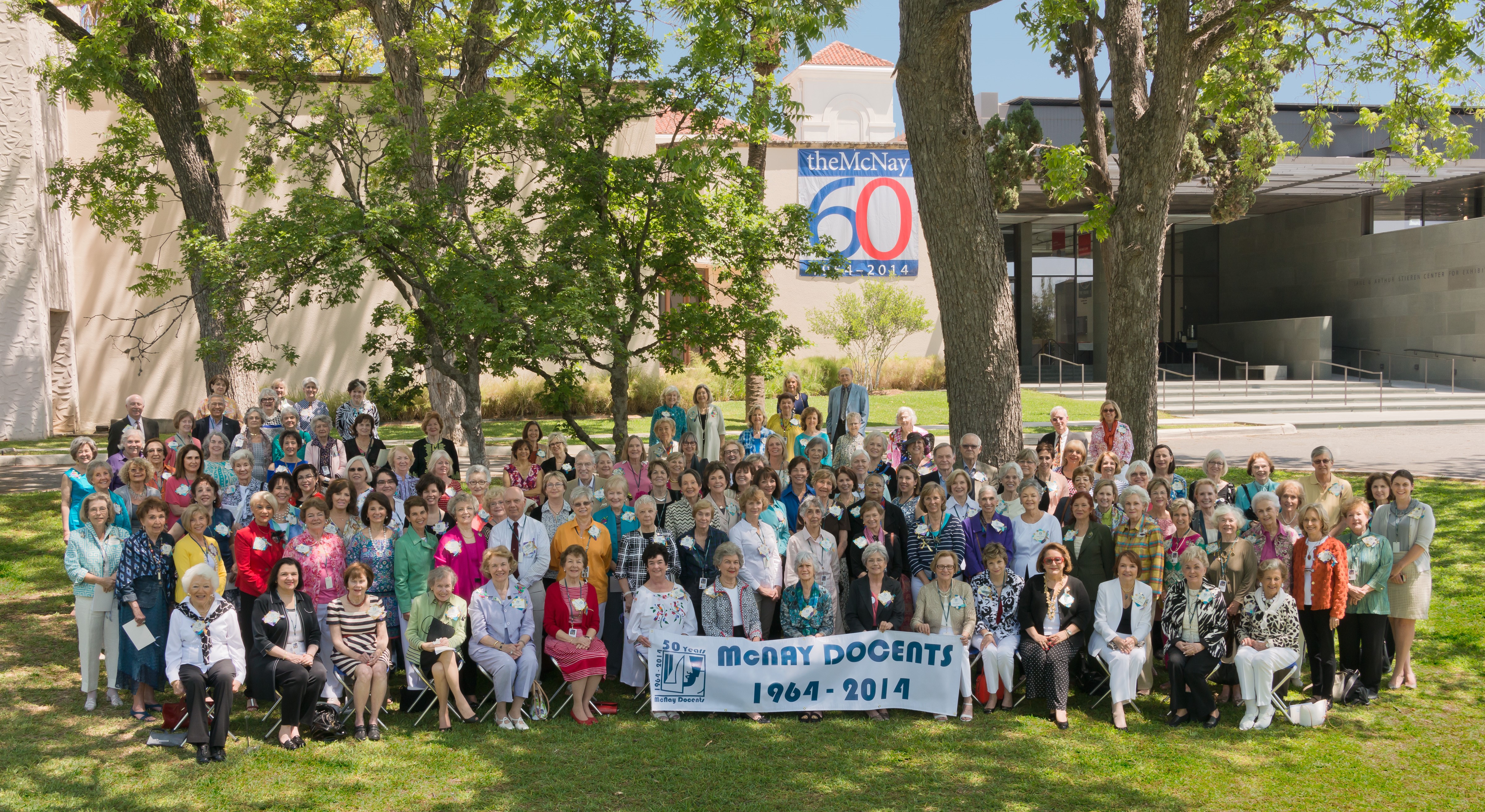 What should I do if I’m interested in applying? Send an email to education@mcnayart.org, and we’ll put you in touch with our New Docent Sponsor. In a casual conversation, she’ll discuss the Docent program with you and what you can expect. After your conversation with the New Docent Sponsor, you’ll receive an application via email. Complete and return the application, and interviews will be scheduled for late May and early June. Orientation for the new class is scheduled for September of 2016.