This oil painting by Diego Rivera was a prized piece in Mrs. McNay’s collection and one of her first major purchases. Mrs. McNay purchased it from another San Antonio collector, probably not very long after it was painted. It’s believed to have been exhibited at the San Antonio Art League in 1927, and Diego Rivera himself may have visited San Antonio for the show.

Delfina Flores, the girl depicted in the painting, was the daughter of one of Rivera’s housekeepers, an Otomi Indian. Rivera painted Flores several times over the course of her life, even painting her with her own child.

Delfina Flores originally hung in Mrs. McNay’s dining room, but she loaned it to the Witte Museum in 1946 for an exhibition. 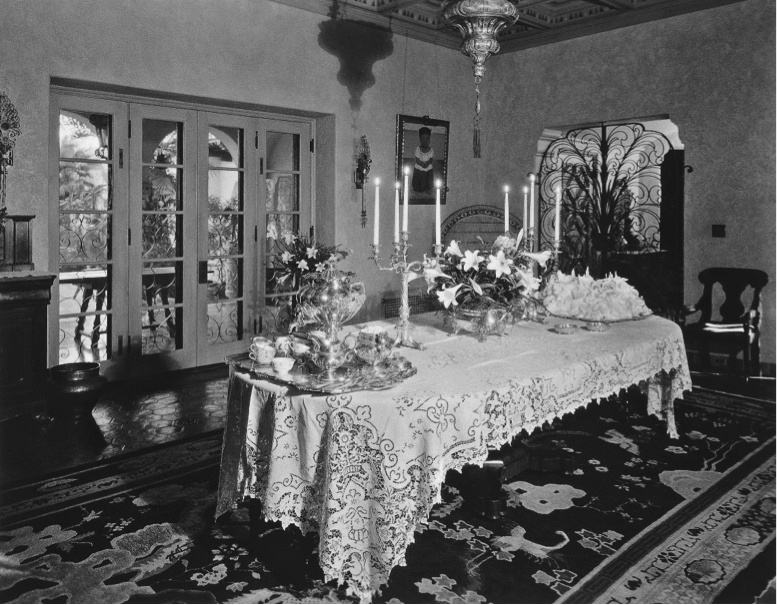 “Delfina Flores” can be seen hanging on the far wall in this picture of Mrs. McNay’s dining room. 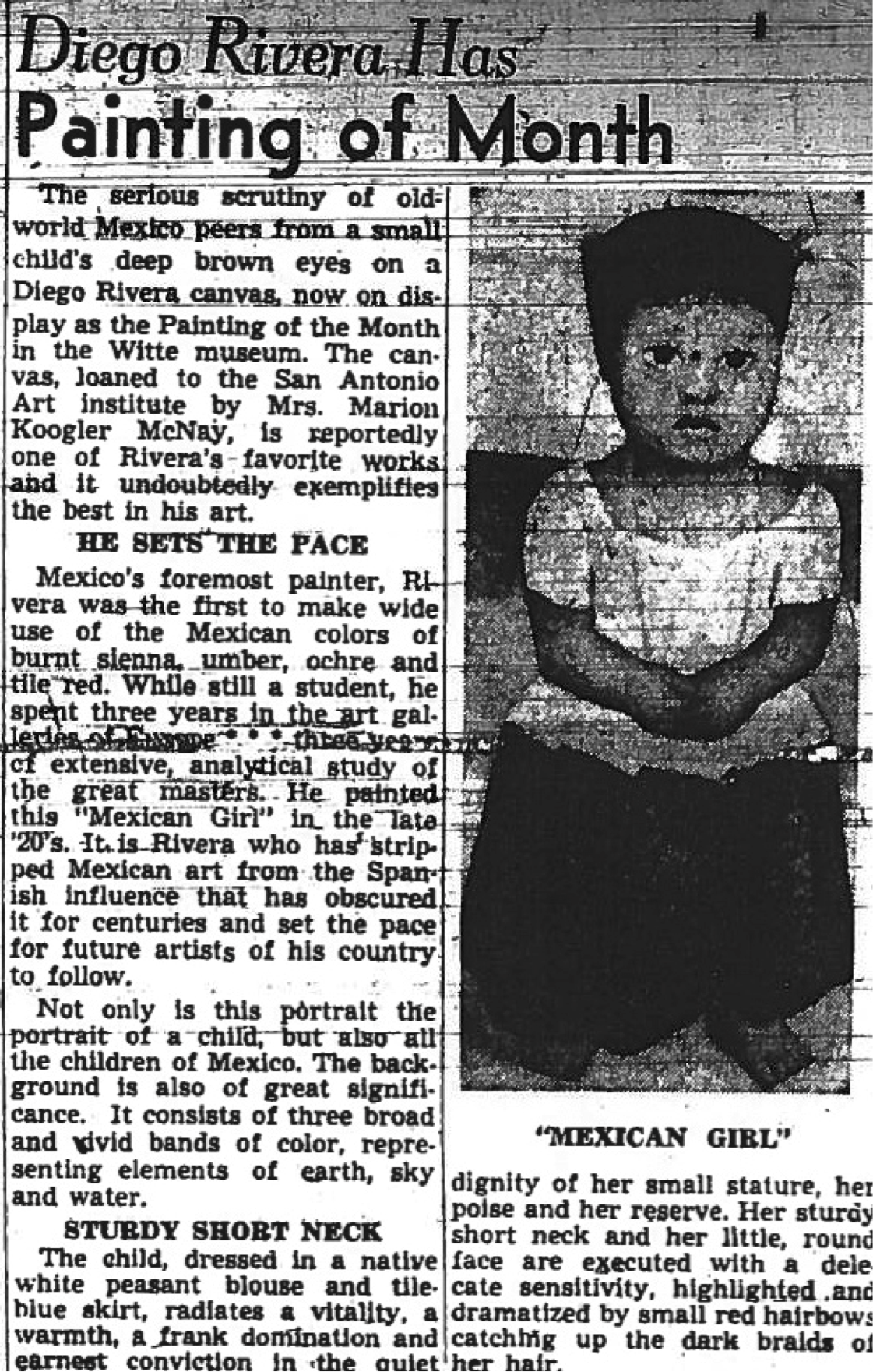 A news clipping from the “San Antonio Light” about the Witte exhibition and the role of the painting. November 1946.

When Mrs. McNay died in 1950, the painting was given, along with a bequest of 700 objects, 23 acres, and her home, to create the first modern art museum in Texas. The painting continues to be an important part of the museum’s permanent collection and is currently on view in the Lang Gallery.