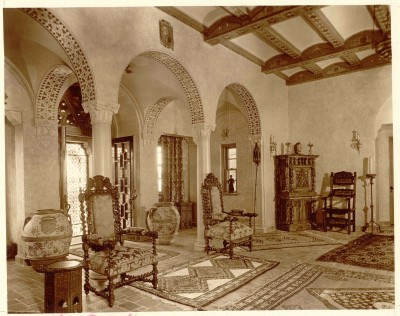 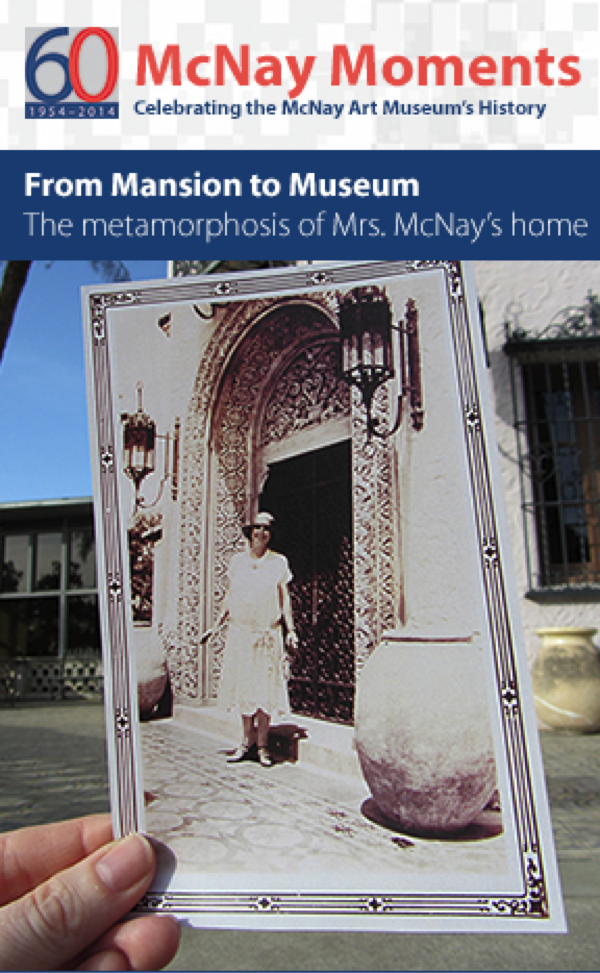 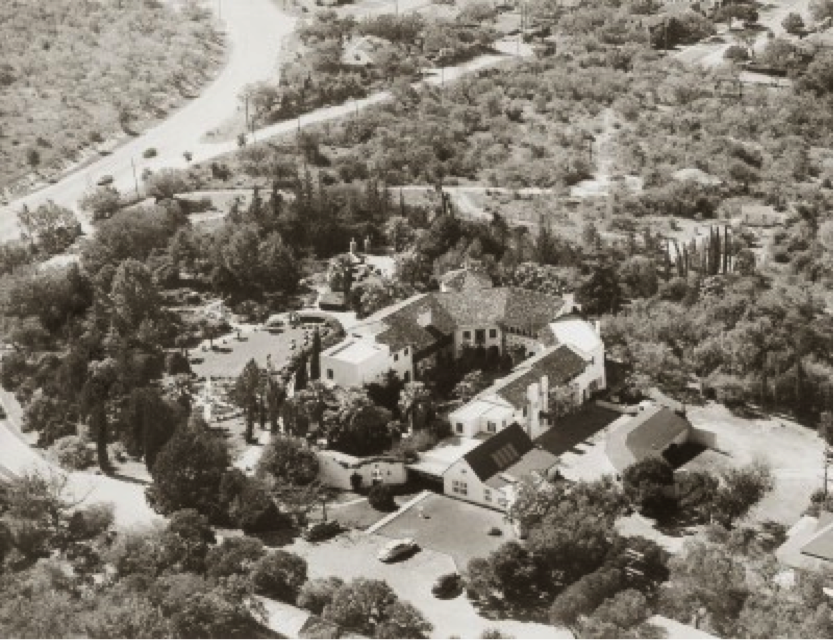 The McNay mansion after it was built in Sunset Hills. c. 1940s.

Architects Atlee B. Ayres and Robert M. Ayres, a father-son duo, were tasked with building the 24-room mansion, which now comprises the core of the museum. During the thirty-two months of construction, Mrs. McNay kept a close watch over every detail. At one point she requested that the stucco on the outside be completely redone with more texture and she may have had a hand in the design of the decorative stenciling seen throughout the home, specifically the entrance hall (see below). 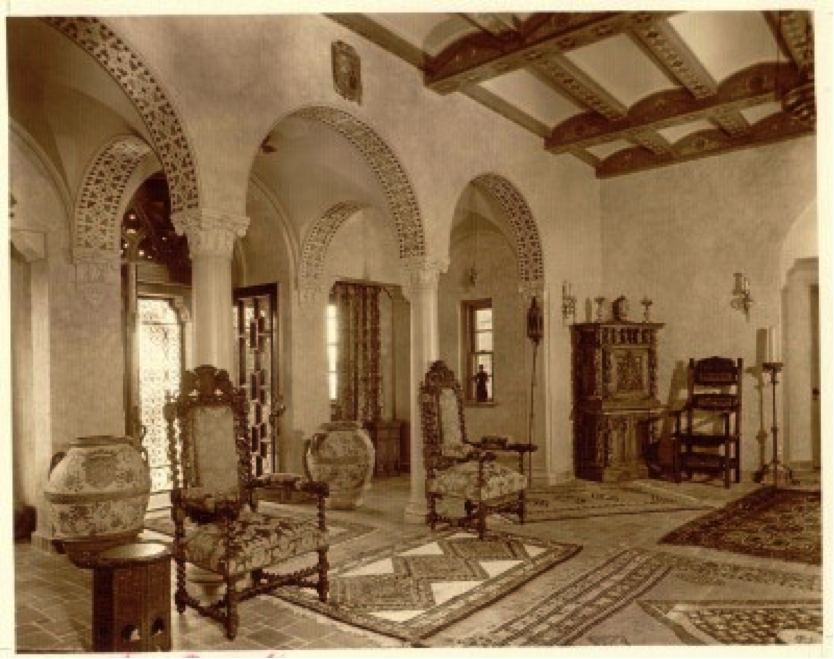 A view of the entrance hall featuring the stencils (in the archways and on the wooden beams) that Mrs. McNay helped design.

A formal opening occurred in June of 1930, followed by a wedding for Marion’s cousin in 1932. The home would continue to serve as a setting for parties and events. When World War II prevented the Witte Museum from hosting art classes, Mrs. McNay invited the San Antonio Art Institute into her home. She built a library and studio classroom on the McNay grounds; paid for art supplies, salaries for teachers, and exhibitions; and housed visiting instructors, so that the San Antonio community could share in her love of art. 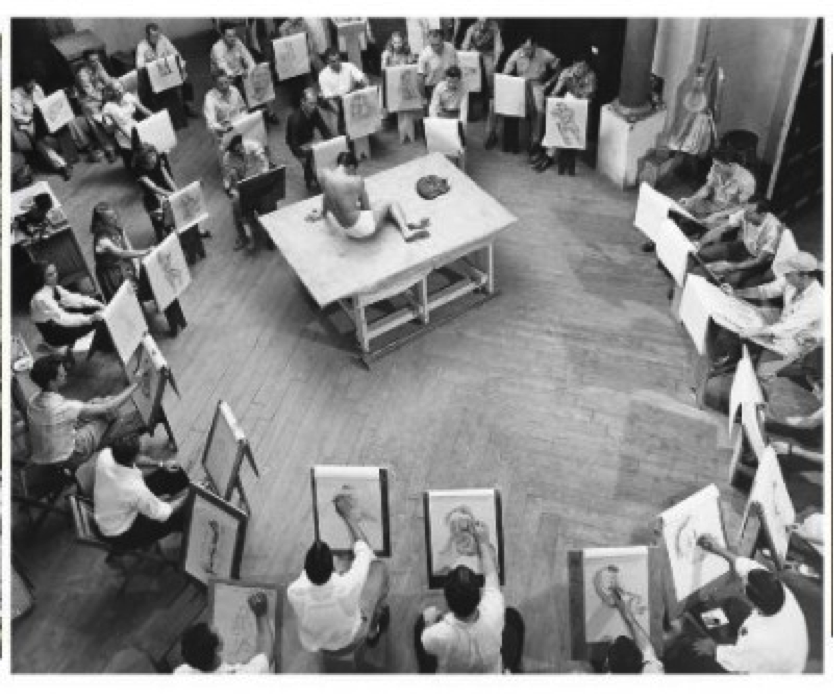 Marion passed away in 1950 having assembled an extensive collection of modern art, and left very specific instructions in her will as to how the home would need to be converted in order to make way for the first modern art museum in Texas.

Between 1950 and 1954 (when the museum opened) major renovations were undertaken, overseen by the museum’s first director, John Palmer Leeper, and the board of trustees. They once again enlisted the help of the original architects, Atlee B. Ayres and Robert M. Ayres. 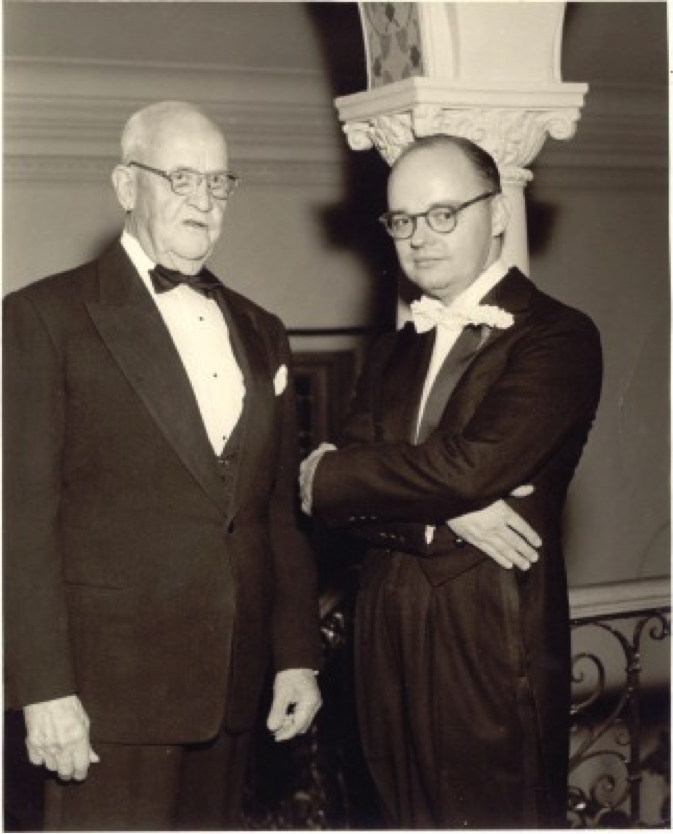 A special air-conditioning system was installed in order to maintain ideal conditions for the artwork. In order to do so, workmen had to blast, shovel, and scoop out six feet of earth from under the entire museum to make room for a basement that would house the unit. Windows were closed up, chimneys uprooted, and walls torn down to make room for gallery space. Special lighting was installed in the patio gardens and the galleries in order to better illuminate the space, and a state-of-the-art fire detecting system was created. When all was finished, it was estimated that almost 75 percent of the home was involved in what the San Antonio Light called the “metamorphosis” of
the mansion. 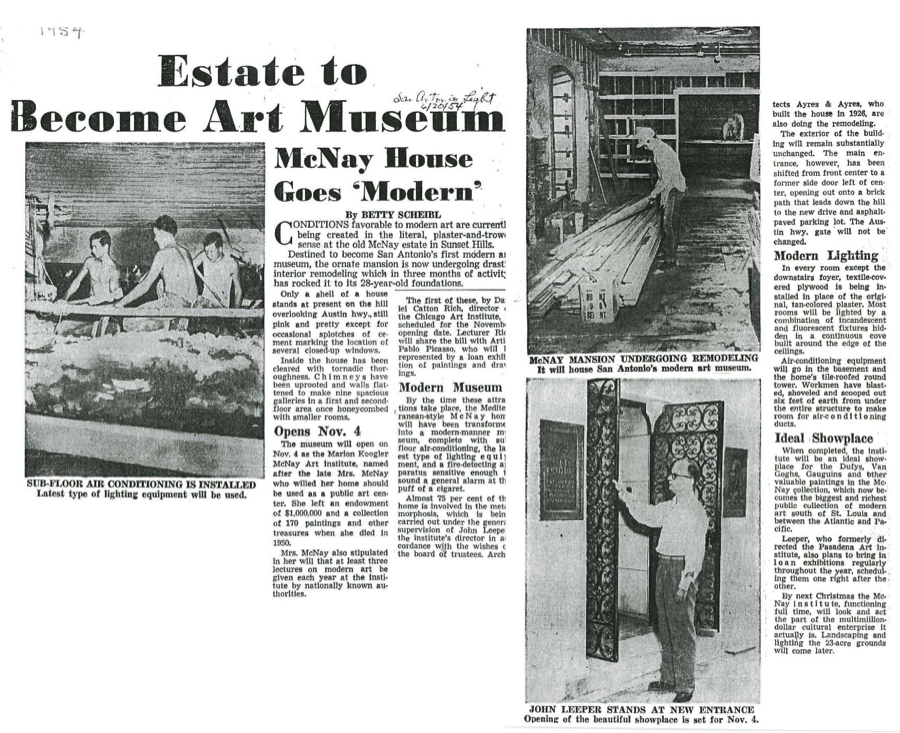 An article published in the “San Antonio Light” in June of 1954 describes the extensive remodeling process that took place before the museum could open that fall.

Even today, work continues to be done on the museum’s exterior and interior, but Mrs. McNay’s original intent remains clear. When she died, she left a collection of more than 700 works, among them furnishings and decorative arts that she felt would give the museum the feeling of home. A home to Picasso, Renoir, and Van Gogh year round, we hope the museum is also a home for artists and art enthusiasts of all ages and backgrounds to come and enjoy what Mrs. McNay left behind. 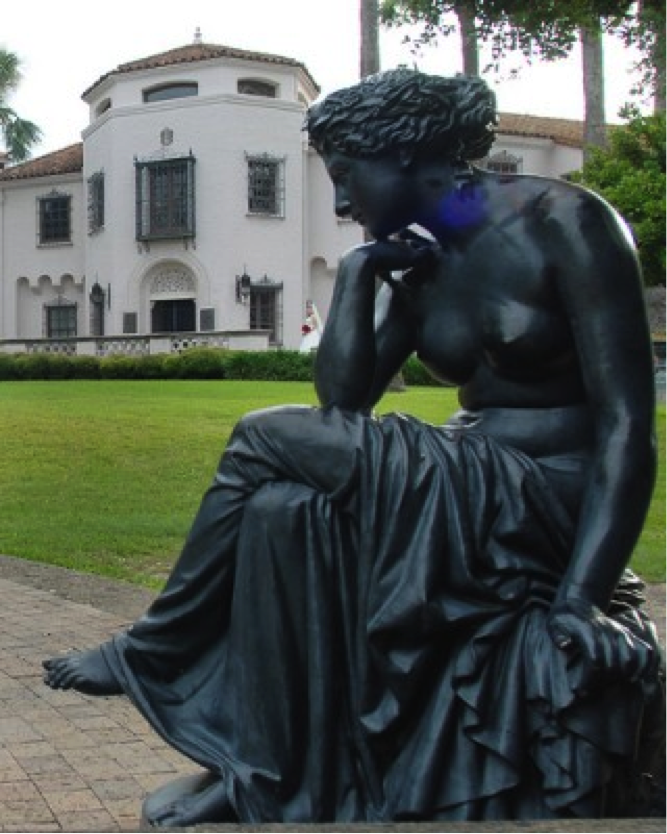