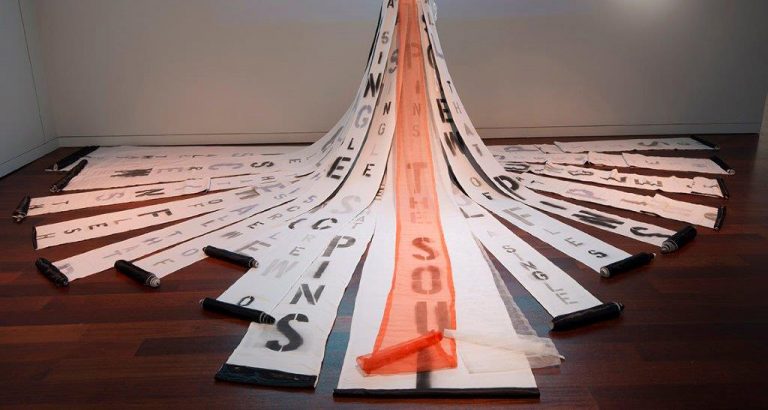 Q: Lesley Dill: Performance as Art is an incredibly thought-provoking exhibition on so many levels.

Rene’: This exhibition surveys 20 years of performances by Lesley Dill. The exhibition is very alive and theatrical within the context of the museum’s galleries. We’re using video to animate the space and we’re providing detailed information about each of Lesley’s various performances.

It’s the visual experience of seeing Lesley’s “costumes,” but if you want to delve deeper, it’s the bigger context of how they fit within the performances. Through video, visitors can see how the garments are used on stage. 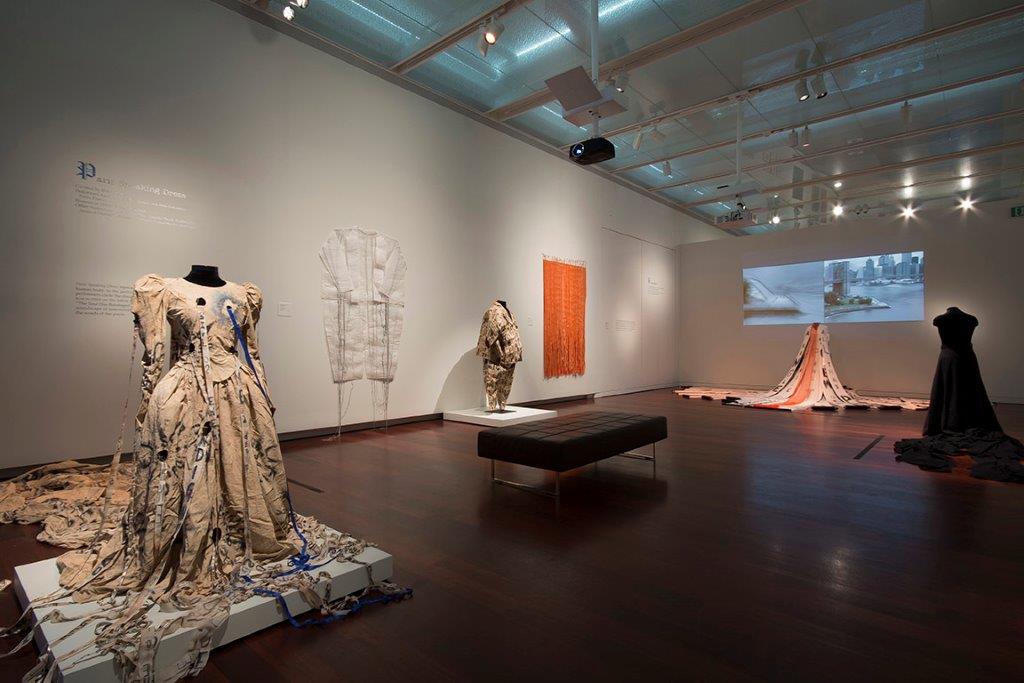 Q; You and Jody Blake organized this show together. What was your shared vision?

Rene’: There are a number of different performances that have been documented here. The first one that visitors encounter is from a major operatic work, and the performers are sequenced in the gallery in the same way they appear on stage during the performance. So there’s a sense of their movement through the space as if you are sitting in the audience.

We are piecing this all together with garments, video imagery, and text to create a “non-narrative” story. 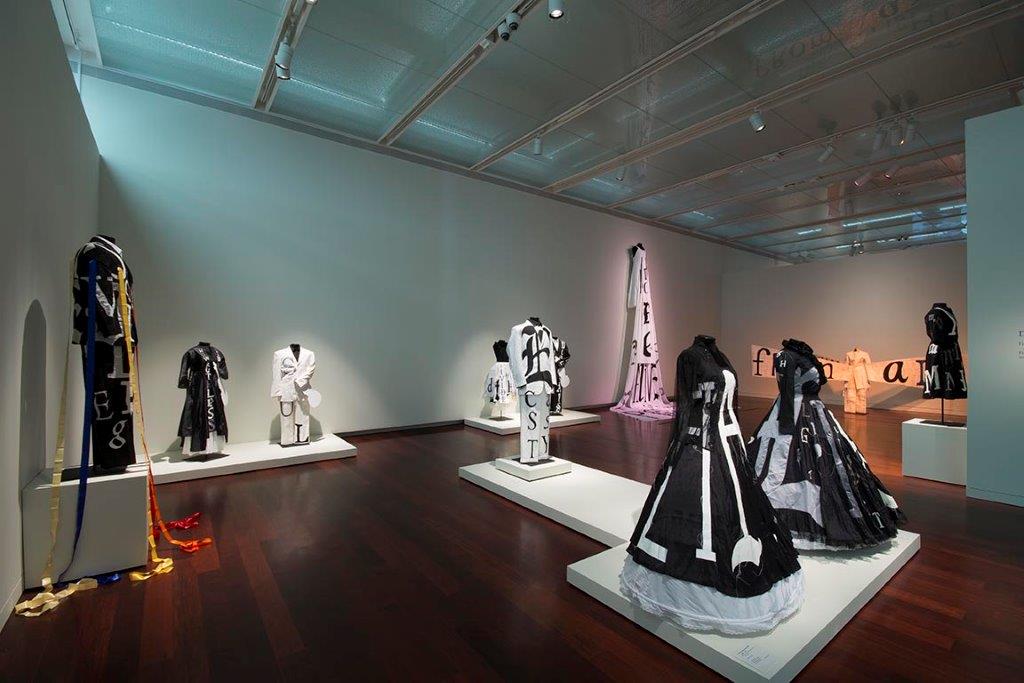 Q: What do you want people to experience when they see this exhibition?

Rene’: It’s about the way a static form becomes an animated form. It’s about the way that theatre—performance–has all kinds of expansive areas. So, not all performance or theatre is a traditional kind of narrative or story, in the sense that we think of Broadway. There are other ways of making a performance–like here, where it’s about a kind of visual sensation, about animation, about the non-narrative–about letting the text and music and imagery wash over you.

We have included videos of some of the actual performances, so you can see how the performances unfold. And there’s a lot about ritual in the work. It’s about language, text, words, and ritual.

It’s also about a way of taking the written word or spoken word and making it visual, making it real and tangible, but also to take it out of the context of conversation or recitation or reading, and to animate it and give it a theatrical structure. 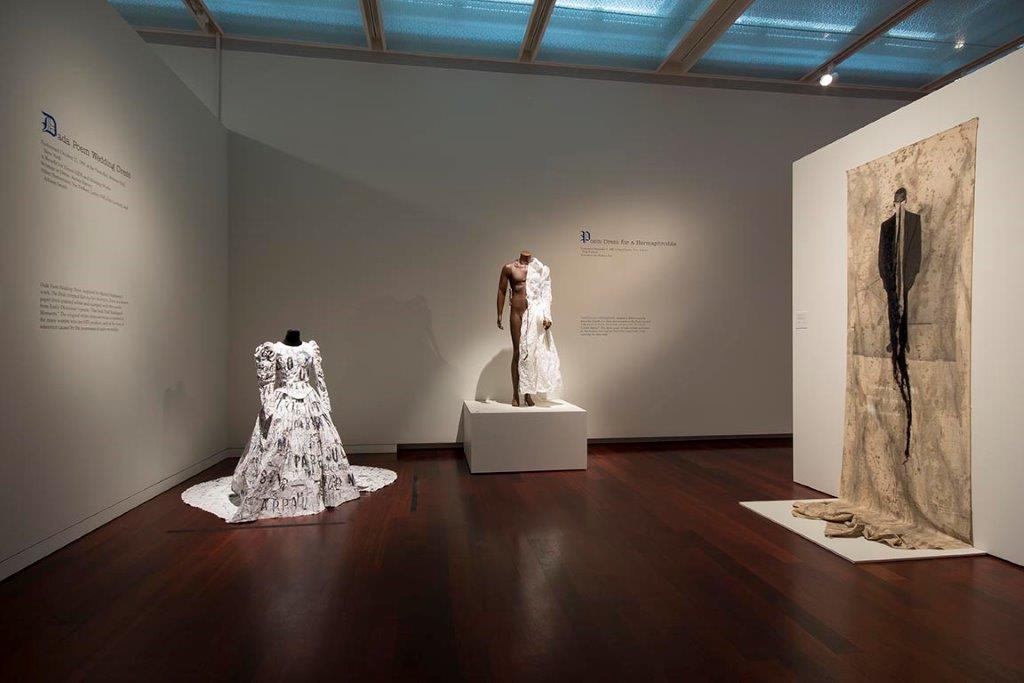 The world premiere of Lesley Dill’s latest work, Drunk with the Starry Void, takes place at the McNay Art Museum at 6:30 p.m. on July 9.

The McNay produced an accompanying book, also titled Lesley Dill: Performance as Art, which is available in the Museum Store.