Intimate Impressionism on the Runway 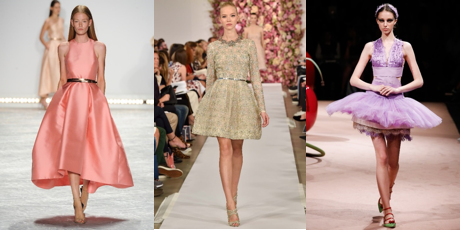 Intimate Impressionism from the National Gallery of Art opened at the McNay only a few days prior to the fashion weeks in New York, London, Milan and Paris, where the top designers working today presented their Spring/Summer Ready-to-Wear collections for 2015. In celebration of art and fashion meeting in the world of impressionism, here are a few major trends seen on the runways this fall which are also evident in the paintings of Intimate Impressionism.


It seemed like nearly every designer included at least one or two floral-patterned looks in their newest collections. Marni, Victoria Beckham, and Carolina Herrera all favored bold, rosy-hued blossoms like those seen in Pierre Bonnard’s Bouquet of Flowers and Edouard Vuillard’s The Artist’s Paint Box and Moss Roses. 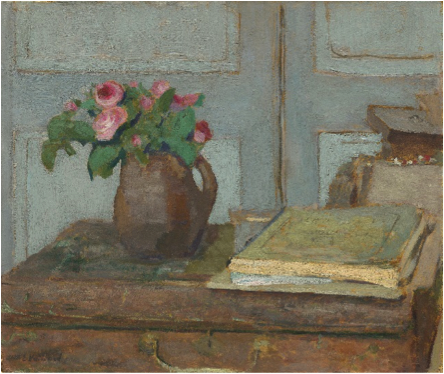 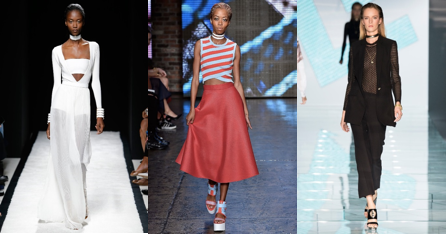 These necklaces, that most recently had their heyday in the 1990’s, are back on the runways and soon will be recycled from the middle school jewelry boxes of Millennials. However, this is not the first time the choker has made a come-back. As a choice accessory for hundreds of years, women in the 19th century (and in centuries prior) wore chokers to finish off a polished ensemble. The accessory – which was popular in the collections of Balmain, DKNY, and Versace this season – is a sartorial feature in both Auguste Renoir’s Madame Henriot and Berthe Morisot’s The Artist’s Sister at a Window. 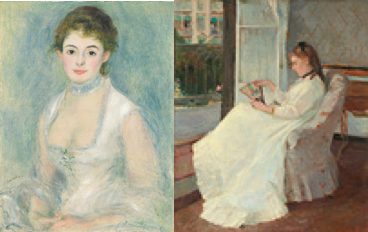 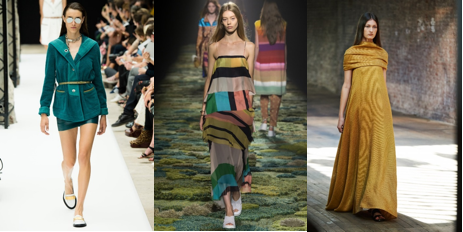 
A trend that has been popular for a few seasons now, color blocking is an easy way to bring sophistication to a vibrantly-hued outfit. The post-impressionists used large swathes of color while experimenting with new ways of depicting their surrounding landscape. The colorful, rectangular garden plots in Vincent van Gogh’s Flower Beds in Holland are echoed in one of Dries Van Noten’s spring 2015 designs. As one of its first looks in its spring collection, The Row presented a dress reminiscent in its volume and marigold hue to the fabric in Eduouard Vuillard’s The Yellow Curtain.


The ballerina’s physique and costume have provided artists and fashion designers endless inspiration. Dresses from the spring collections of Monique Lhullier, Oscar de la Renta, and Undercover reflect the romanticism and allure of the ballerina’s classic uniform, as seen in Edgar Degas’ Dancers Backstage and Jean-Louis Forain’s Behind the Scenes. 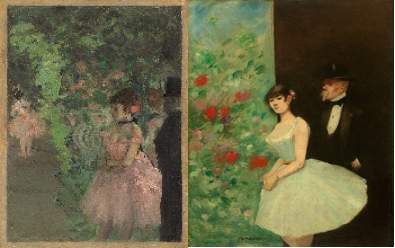