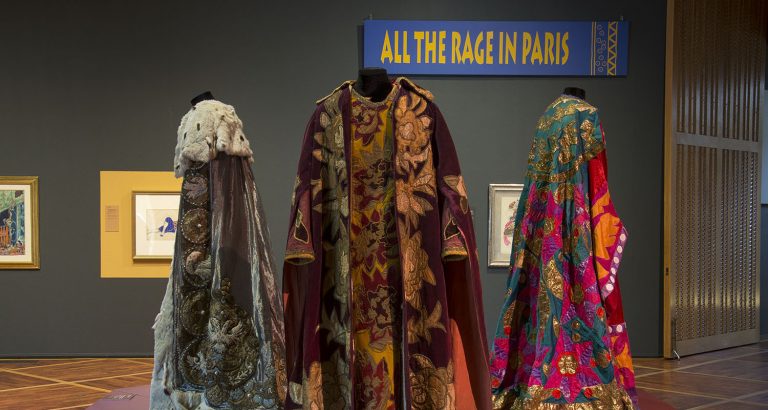 Jody Blake, Curator of the Tobin Collection of Theatre Arts, invites you to see  All the Rage in Paris before it closes on June 21st.

All the Rage in Paris focuses on Serge Diaghilev’s Ballets Russes, the company that brought theatre—and theatre design—to the center of artistic life in Europe from 1909 to 1929. Conceived as a showcase for Russian art and artists, the Paris-based company embraced the latest trends in literature, music, dance, and visual art, revolutionizing dance and captivating audiences in London, New York, and beyond. 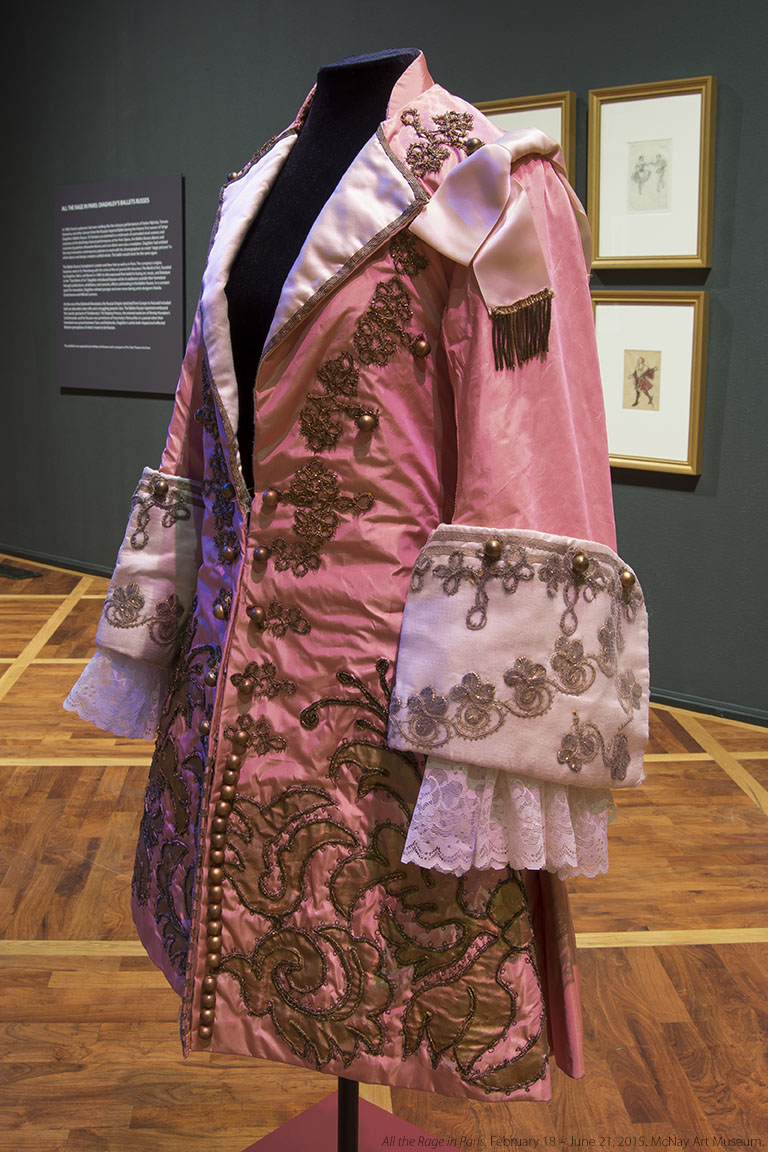 Thanks to Robert L. B. Tobin, the McNay’s collection features artists at the heart of Diaghilev’s company: Alexandre Benois, Léon Bakst, Natalia Gontcharova, and Mikhail Larionov. Their designs reveal the shifting tastes and artistic talents that defined the Ballets Russes, from the oriental exoticism of Rimsky-Korsakov’s Schéhérazade, to the Russian folklore of Stravinsky’s Petrouchka, and the courtly spectacle of Tchaikovsky’s The Sleeping Princess. 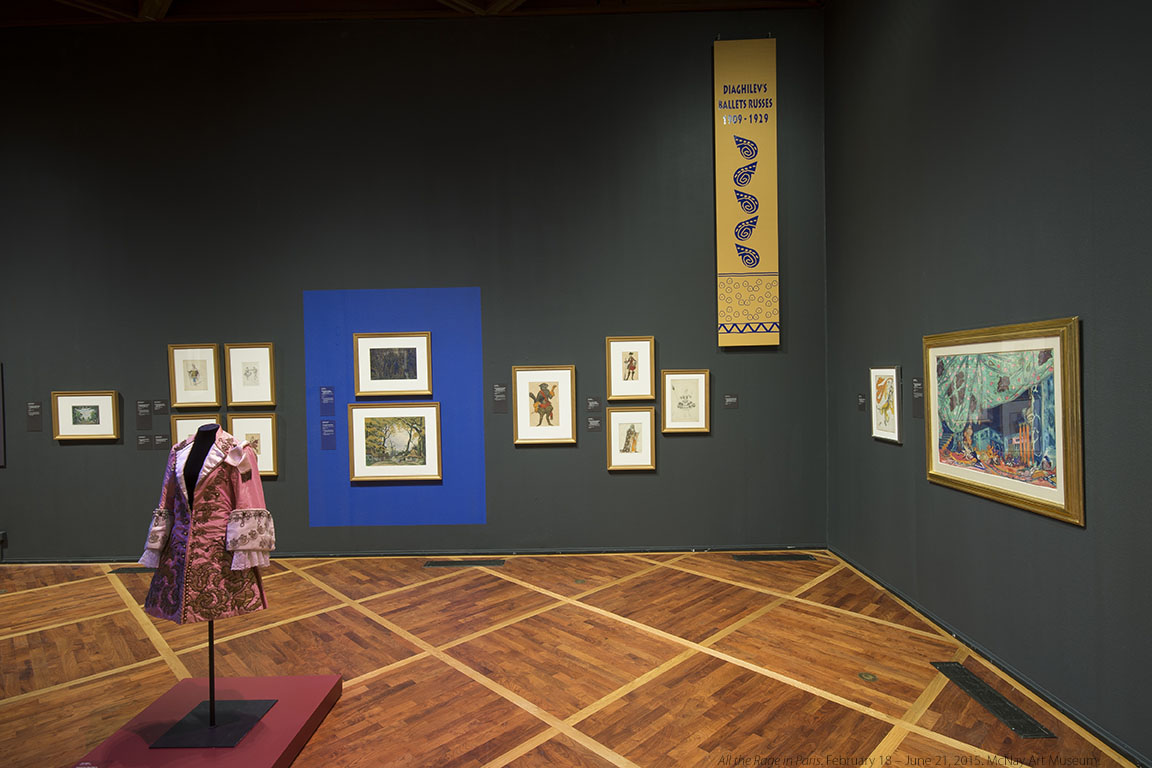 Actual costumes, from the McNay’s Tobin Collection of Theatre Arts and the Museum of Performance and Design in San Francisco, bring these artists’ scene and costume drawings to life. Along with photographs of ballets in performance, the costumes suggest the explosion of color and movement that dazzled theatre-goers and influenced design well beyond the stage. 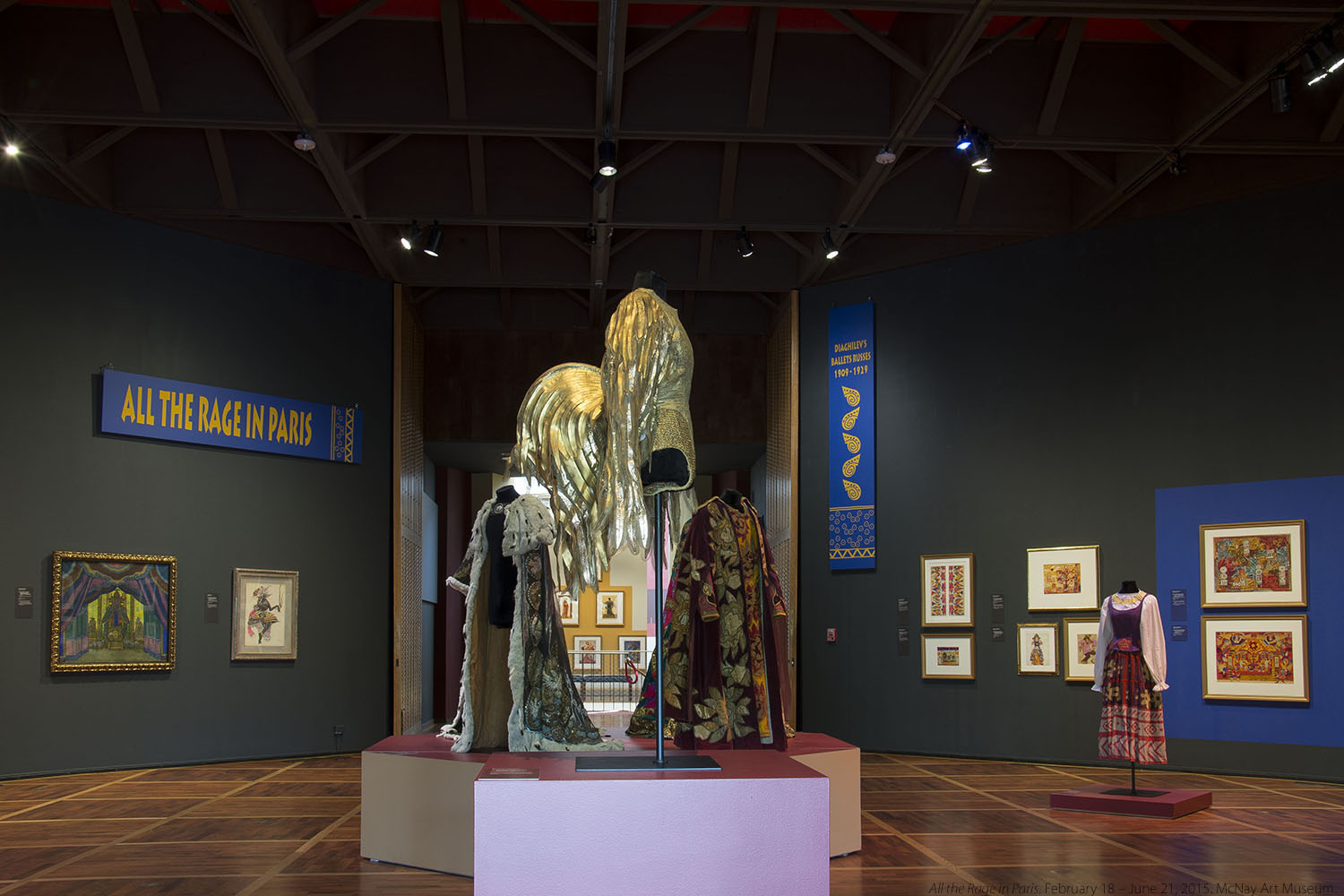 Pochoir, a hand-stenciling technique that produces vibrant colors and bold patterns, flourished in the period of the Ballets Russes. As rare volumes and portfolios from the Tobin Collection reveal, pochoir became the printmaking medium of choice for publishing Diaghilev’s ballets, disseminating his artists’ designs, and advertising the fashions they inspired. 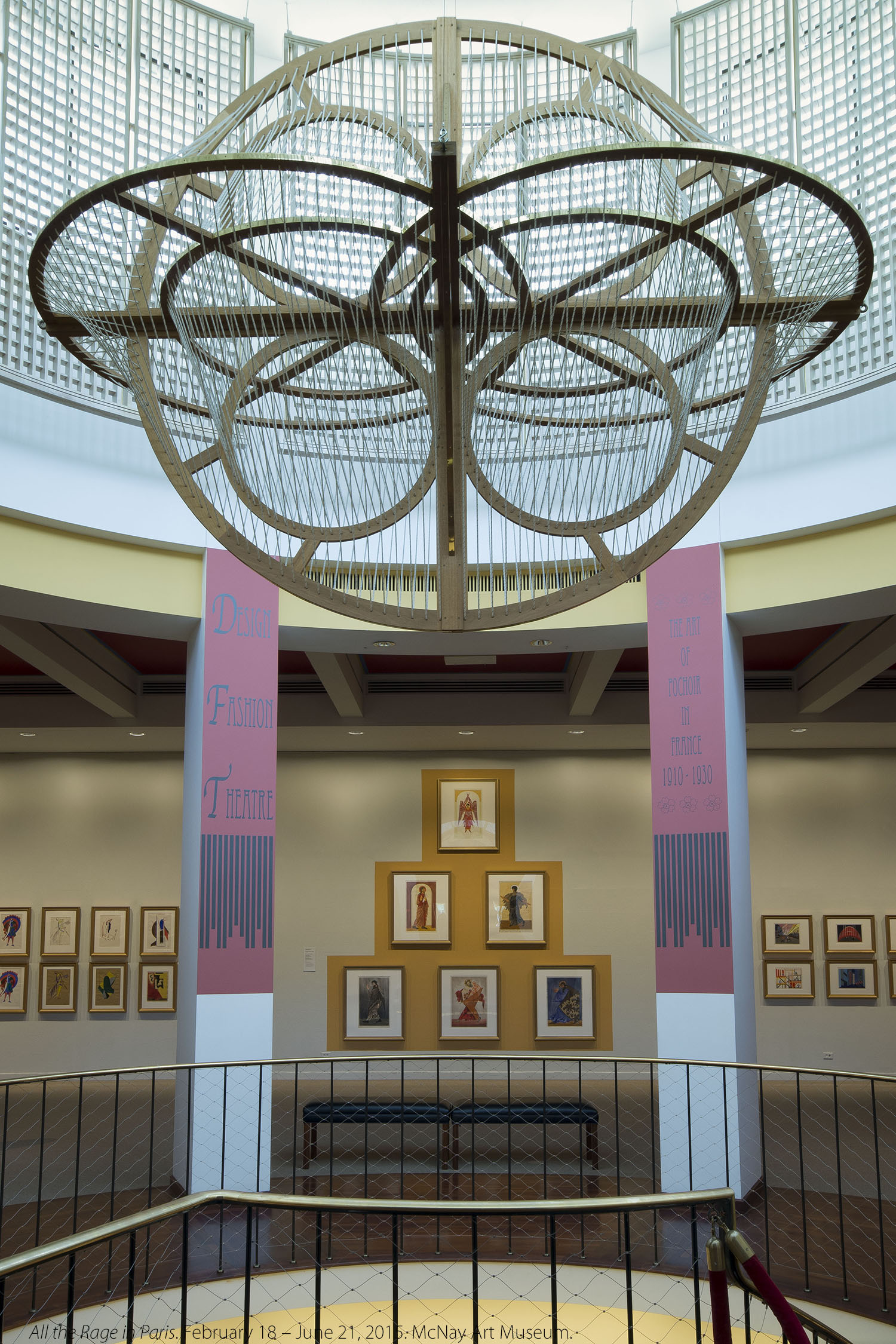 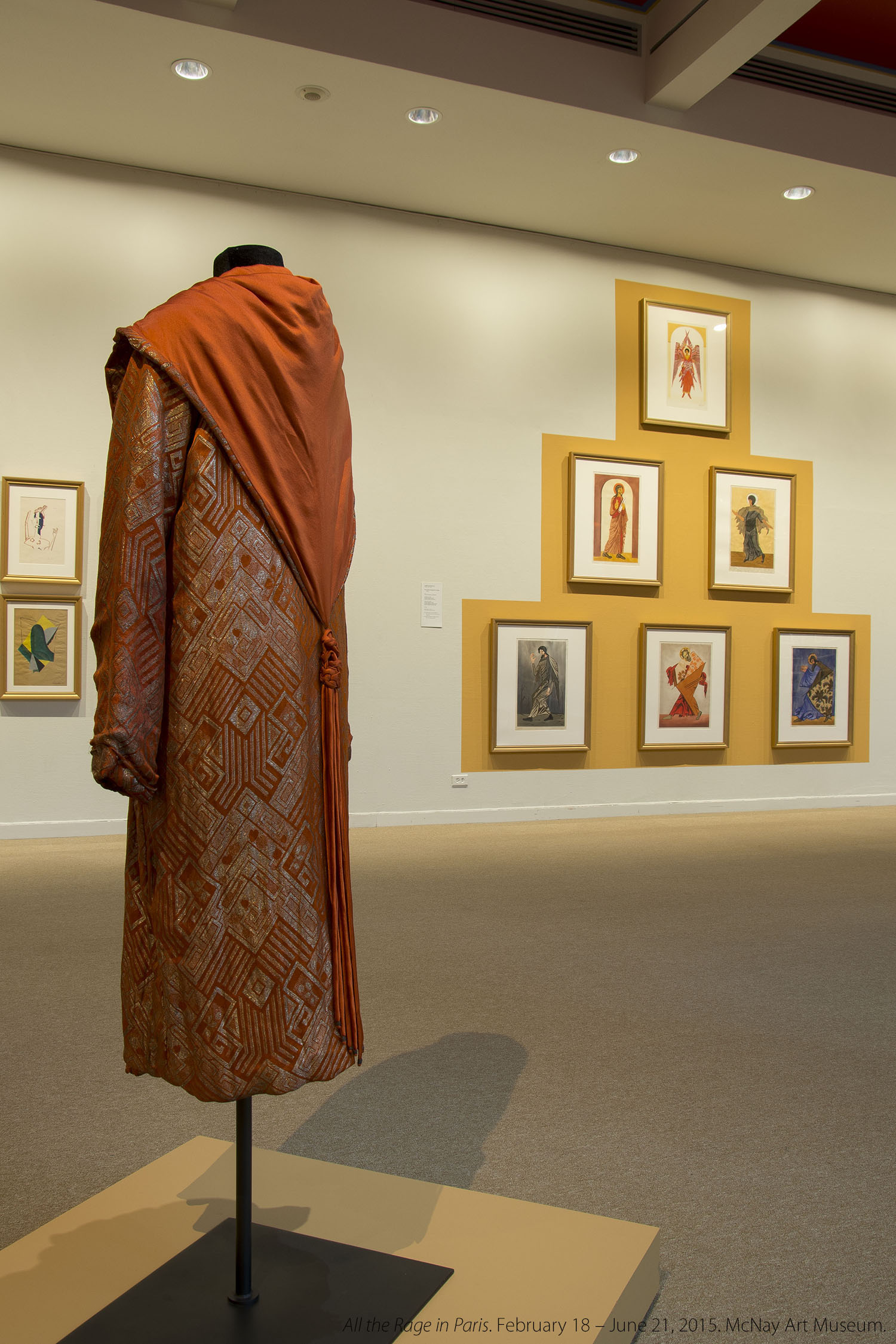 Bakst’s harem pants and turbans for Schéhérazade, for example, made their way from the stage to the salon of Paris couturier Paul Poiret. Evening wraps and cloche hats from San Antonio’s Witte Museum show that Diaghilev’s Ballets Russes influenced how stylish women dressed as far away as Texas. 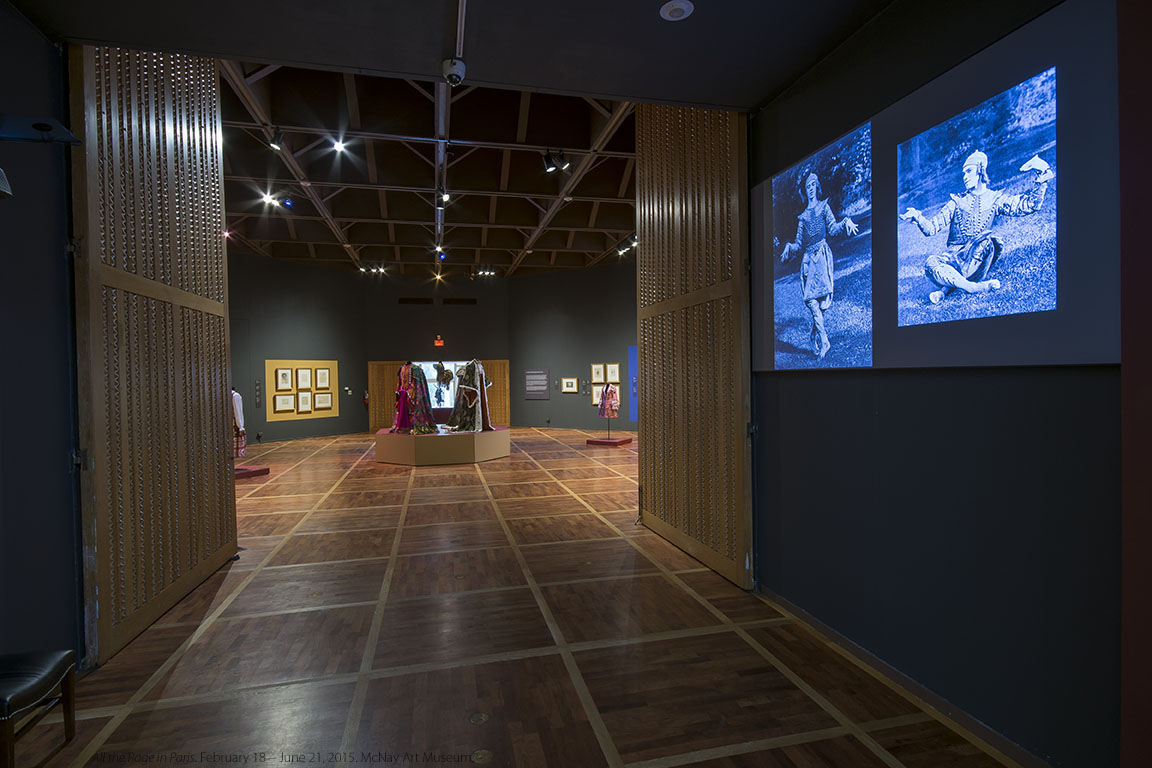