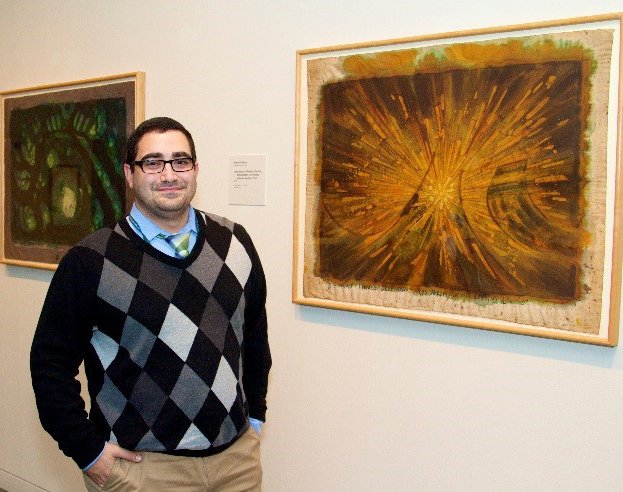 Curating an Exhibition: Richard Strauss’ Legacy at the McNay

The Tobin Theatre Arts Collection at the McNay Art Museum concludes a six-month-long celebration of the resident companies at the new Tobin Center for the Performing Arts with a salute to the San Antonio Symphony and its Richard Strauss Festival in celebration of Richard Strauss’ 150th birthday. 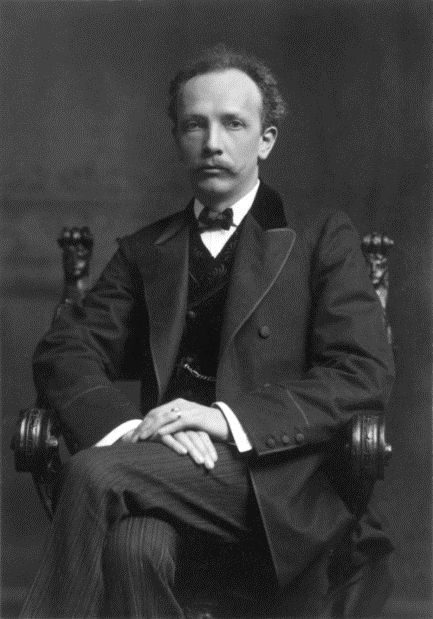 Curating an exhibition to celebrate the Richard Strauss Festival and Strauss’ legacy at the McNay has been an extraordinary experience, to say the least!

Although I am a lover of classical and baroque music, I actually knew very little about Richard Strauss. Perhaps what I did know best, through popular culture, was one of Strauss’ most famous pieces of music, Also sprach Zarathustra, which was made even more popular in the 1968 science-fiction film 2001: A Space Odyssey.

Nevertheless, I forged ahead into what would be a dramaturg’s dream come true.

Within the Tobin Theatre Arts Collection at the McNay lay a treasure trove of primary research material: rare books, theatrical designs, and maquettes from various Richard Strauss opera productions. Picking which operas to exhibit was a rather simple undertaking since the McNay has several productions that will be showcased in the Richard Strauss Festival performed by the San Antonio Symphony. Picking which designs was an entirely different matter. 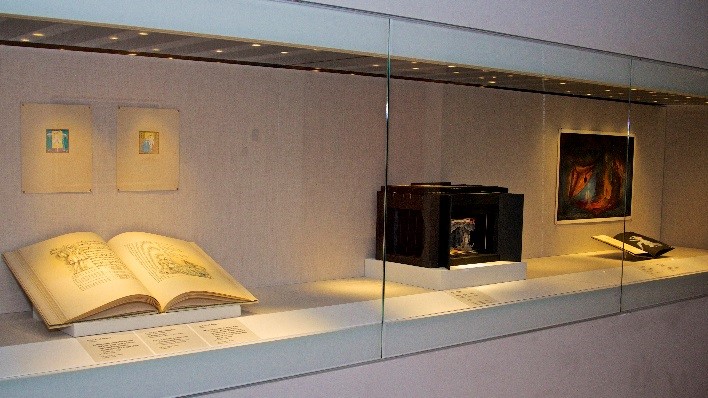 First and foremost, a curator must know how much space he or she has to work with; in my case, it was the garden level right outside of the Chiego Lecture Hall. Once I knew the spatial parameters I had to work with, it gave me an idea of what materials I could use.

Four operas were selected: Ariadne auf Naxos (Ariadne on Naxos), Der Rosenkavalier (The Knight of the Rose), Salome, and Die Frau ohne Schatten (The Woman without a Shadow). It was important to select two comedic operas and two dramatic operas not only to show Strauss’ range, but also to keep it relatively even in regard to production genres.

After selecting the objects, I focused on placing them so that the museum visitor can best view the individual artist’s work, while also getting a better understanding of the operas themselves. I chose a range of stylistic interpretations of Strauss’ work, and the exhibition emphasizes the contrasts in the productions and the operas. Hopefully, I’ve succeeded in conveying these ideas. 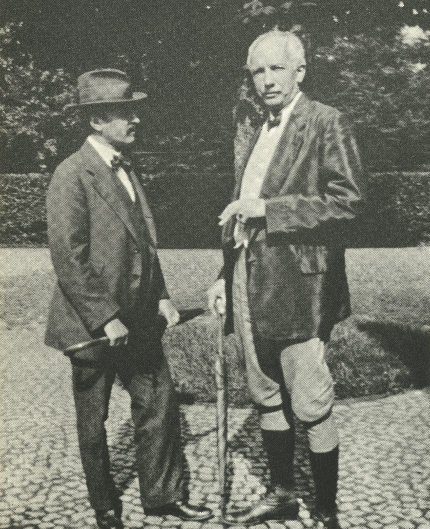 On a side note, I was pleasantly surprised that many of the operas chosen for this exhibition were written as a collaboration between Richard Strauss and Austrian dramatist Hugo von Hofmannsthal (seen left). An author I am quite familiar with, he was the subject of my last exhibition, Jedermann: Medieval Morality Onstage at the Salzburg Festival.

It has been such a wonderful and an exciting experience learning about Richard Strauss, as well as curating a new exhibition with materials that I have not worked with before—and in such an established and distinguished museum. A special thanks to Jody Blake, Curator of the Tobin Collection of Theatre Arts, for giving me this wonderful opportunity.

The Richard Strauss exhibition is currently on view on the garden level outside of the Chiego Lecture Hall and runs until March 1, 2015.