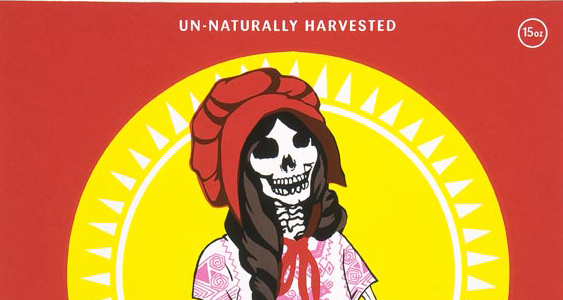 Of everything in the Collection—from the world-renowned highlights to the many hidden gems—I have a special connection to one work in particular, which in my view, is a cornerstone of the McNay’s outstanding Chicano graphics collection. Ester Hernandez’s limited edition screenprint Sun Raid (2007) speaks to me on many levels, and it’s a work that has been in orbit around me for some time, throughout my studies and my career in museums.

As a curator for the Museum of Latin American Art (MOLAA) in Southern California, I had the great fortune of being involved in an acquisition of Sun Mad (1982) for the museum. (See note on title below.) On the eve of a 20th anniversary highlights exhibition I was organizing, a generous art collector appeared at the front desk with a framed Sun Mad print in his hands. As we had just expanded our collections focus to include the work of U.S. born Latino artists, he wanted to make a key contribution to kickstart this new direction. Understanding the significance of this work at the time, it went directly to the wall!

Note on title: Ester Hernandez first created the print in 1981 and reissued it in 1982. In both versions the title was Sun Mad. In the 2007 reissue of the print, Hernandez has shifted the title to Sun Raid. The McNay print came as a gift from San Antonio collectors Harriet and Ricardo Romo, who have given hundreds of contemporary Chicano/a prints to the McNay. 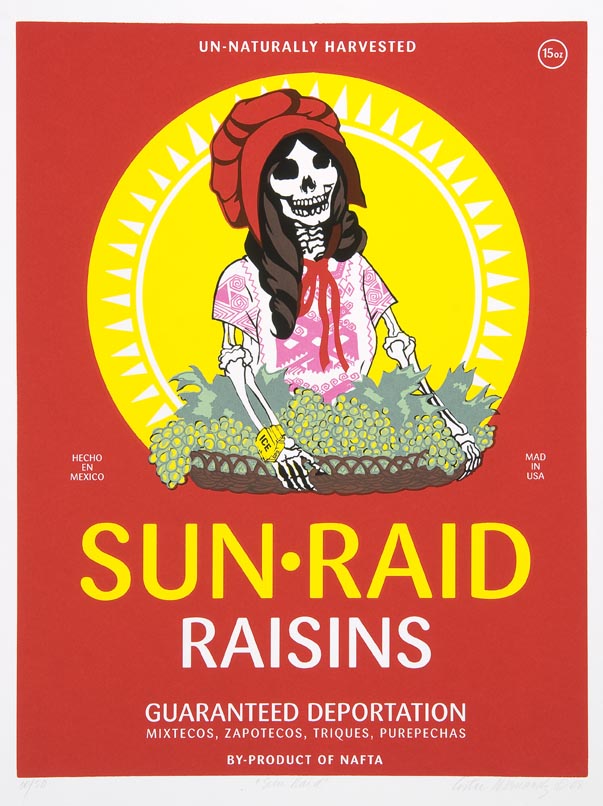 Ester Hernandez is San Francisco-based artist known for her printmaking and murals. Her work is informed by the art and activism that emerged from the Chicano Movement of the late 1960s—a call for civil rights from the Mexican-American community that protested the Vietnam War, championed labor rights, and led reforms of all kinds in education, public health, among other social arenas. Within this context, Sun Mad/Sun Raid calls attention to the use of toxic chemicals in the harvesting of grapes. A play on the raisin brand Sun Maid, Ester’s satirical image and wordplay delivers a cautionary message about the health risk to farmworkers and consumers.

The skeleton, or calavera, replaces the sunny grape grower’s face we’re familiar with. It’s also widely interpreted that the calavera recalls the Mexican printmaking tradition of expressing social and political themes through satirized figures, like José Guadalupe Posada’s notorious La Catrina—a character he created to represent the follies and humanity of the elite, and ultimately all social classes, via caricature. Ester Hernandez also found a way to drive home a profound message through the humor and absurdity of a skeletal farmer with a bountiful basket of grapes.

Well, it’s interesting to view this image in relation to a timeline of artistic and social movements and events. First, I think it’s an outstanding example of Pop art in that it embodies a commercial form and really makes us look closely and ask how the print compares to the commercial packaging. I admit I don’t read much fine print on consumer products, yet I’ve read all the fine print here with alarm. Some versions reference pesticides and harmful chemicals whereas the McNay print references immigration and deportation.

This work is very direct, but it’s also so layered. I see it from a new perspective every time. At the moment, I think of the essential workers that are still harvesting and supporting the food supply chain during the current pandemic.

My name is Eddie Hayes and I am the Exhibitions Senior Manager/Registrar for The McNay. I lead our exhibitions logistics efforts, communicating with all our curators and the exhibition production team. Together we plan for exhibitions many months and often years in advance.

I’m excited to be back at the McNay after having worked as a Curatorial Assistant from 2010 to 2013. 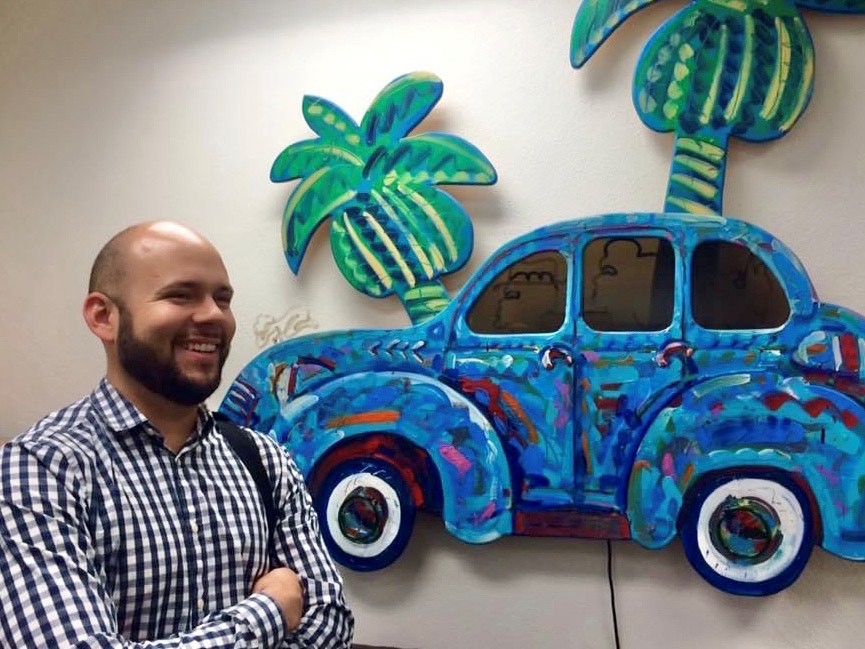 What are you looking forward to now that the McNay has reopened? Or what are you doing to exercise creativity during isolation?

While at home, I am inspired by our two-year old daughter Lucía’s ability to create while in isolation. She draws every day, and I feed off her ability to turn the page and create one innovative expression after another.