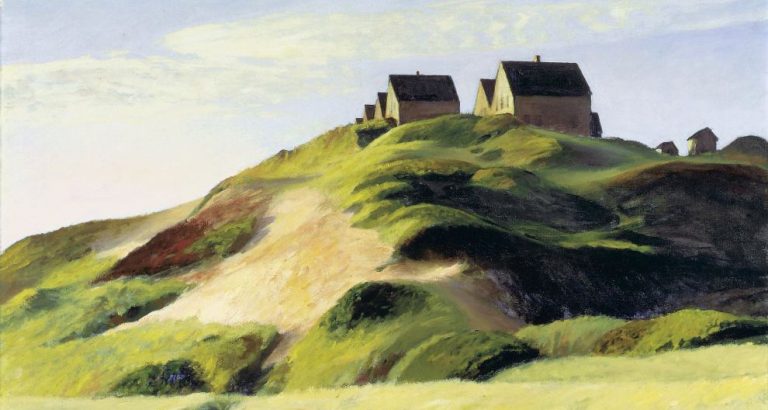 
What is a work of art in the McNay Collection that you have a connection to?

As I’m walking through the McNay’s galleries, I frequently find myself drawn to Edward Hopper’s Corn Hill (Truro, Cape Cod), 1930. Hopper had a longstanding interest in the effects of light at different times of day. Regarding Cape Cod, Hopper once stated, “There’s beautiful light there—very luminous—perhaps because it’s so far out to sea; an island almost.” The way Hopper captured the light hitting the side of Corn Hill suggests a specific sense of time and place, which makes me feel a sense of nostalgia despite having never been there.


What is something you know about this work of art that others might learn from?

Although Edward Hopper is perhaps best-known for his realist paintings depicting urban isolation, he painted scenes of the New England countryside throughout his life. Like many painters of his day, Hopper lived in New York City during the winter and spent his summers in small, rural towns. Small town life provided an escape from the stress, congestion, and pollution of the city. Hopper painted Corn Hill during the first of many summers he and his wife, Jo, spent in South Truro on Cape Cod. In 1933, the same year as Hopper’s first retrospective at the Museum of Modern Art (MoMA) which included this painting Corn Hill (Truro, Cape Cod), the Hopper’s purchased a home in South Truro, Cape Cod.

It is said Corn Hill received its name after a group of Mayflower pilgrims discovered a stash of Payomet corn there, which allowed them to survive the winter. The Corn Hill cottages at the hill’s summit were built in 1900 as a seaside resort. The cottages did not have kitchens, so renters would meet at a large, communal dining room for meals. Originally there were two rows of cottages, as seen here in Hopper’s paintings. On July 4th 1937, a fire started by fireworks destroyed the lower row of cottages. View a postcard of the resort from about 1907 below. 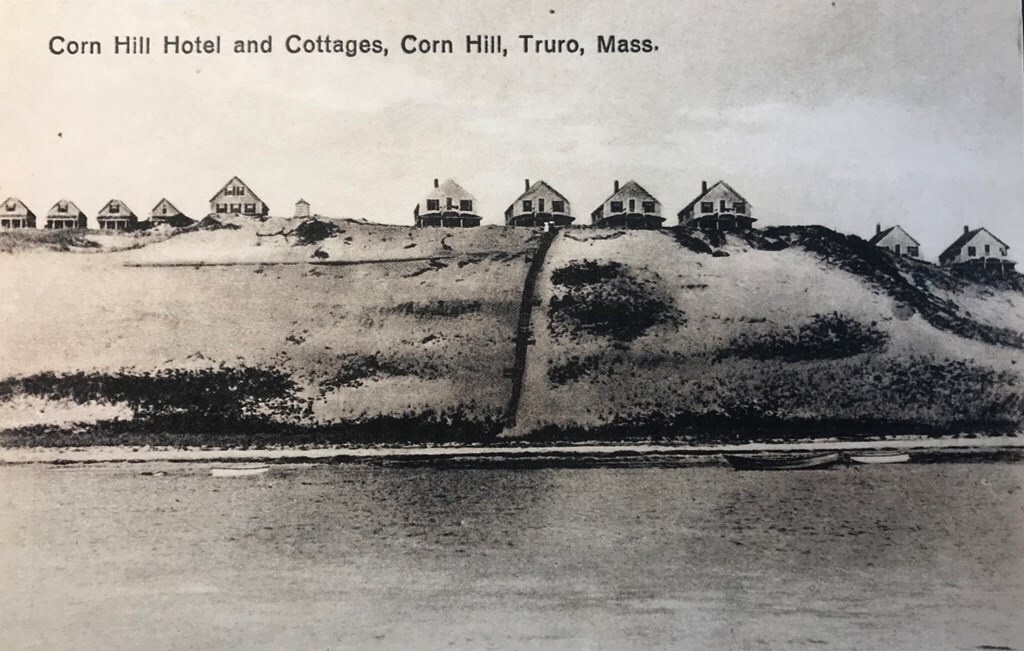 Looking at this painting, you may have noticed that there are no trees and the hills seem almost unnaturally smooth. Although Cape Cod was originally forested, nearly all the trees were removed for settlement. Hopper painted Cape Cod at the end of the treeless era. I would love to visit Cape Cod to see what it looks like today—specifically Corn Hill, to observe the effects of light and shadow at different times of day.

My name is Lauren Thompson, and I am the Assistant Curator at the McNay Art Museum. I work in the Museum’s Curatorial department and assist with aspects of exhibition design, installation, and interpretation. 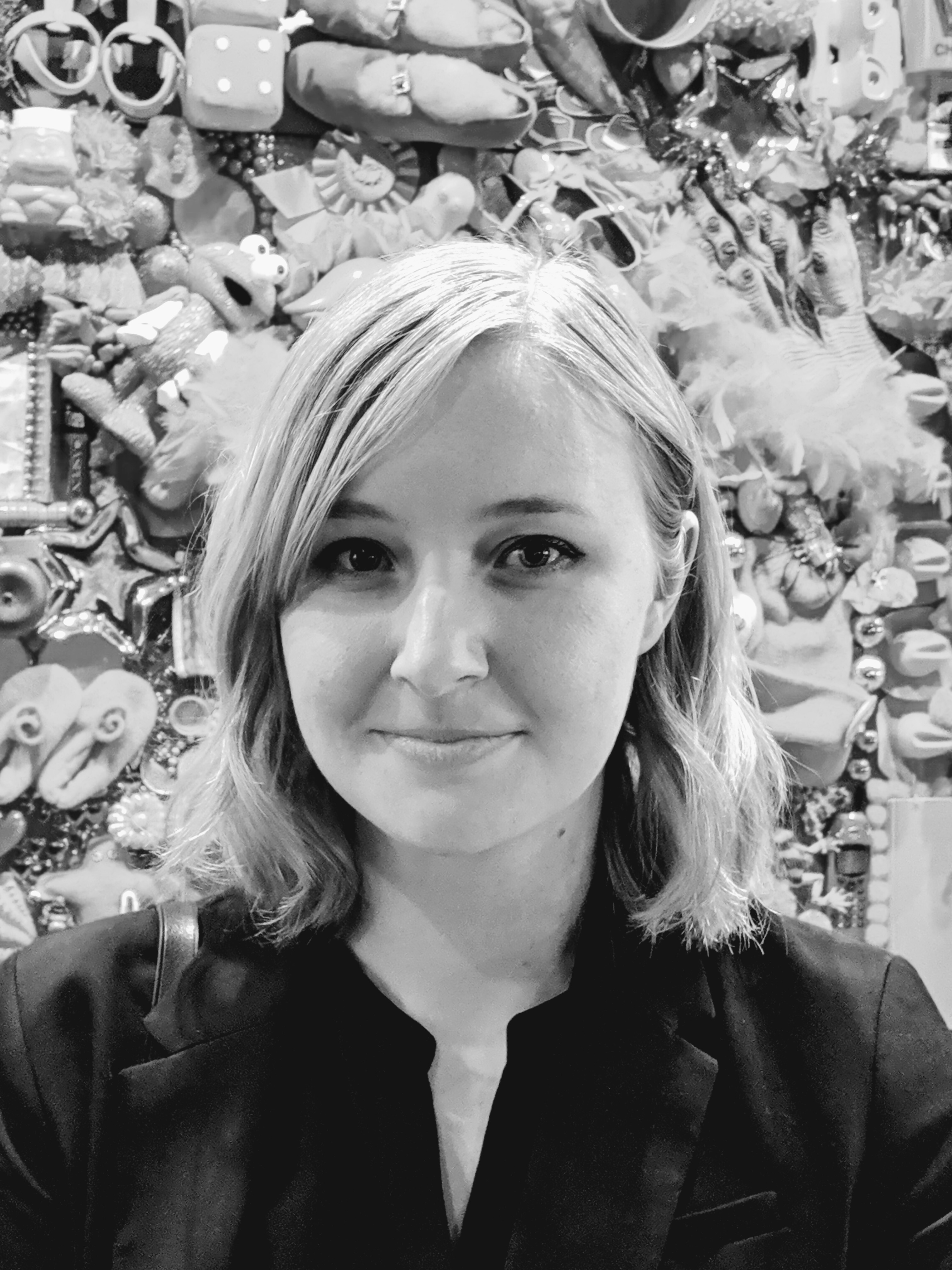 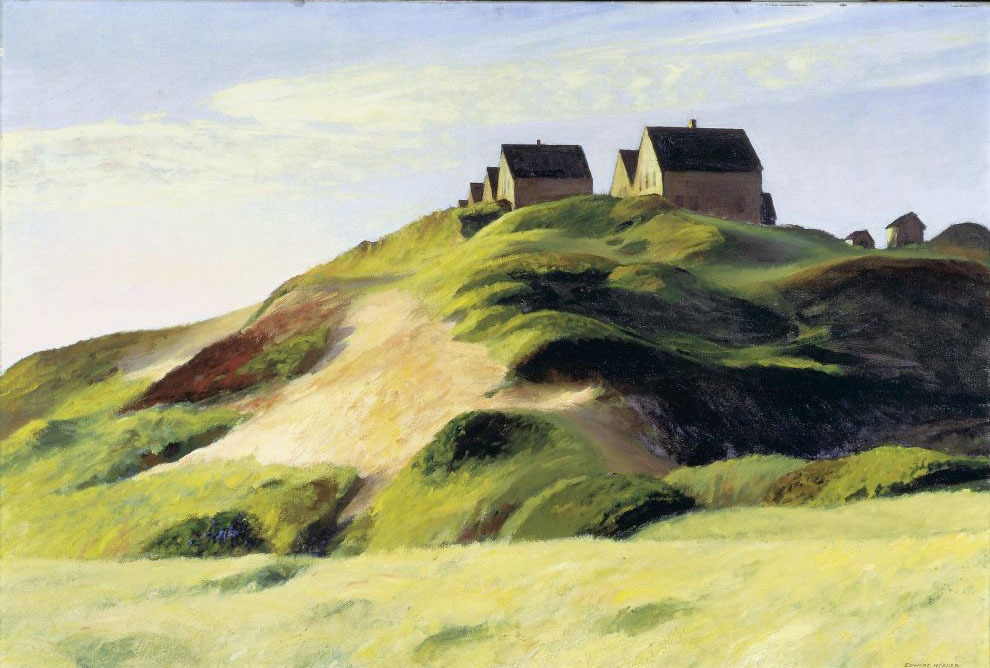