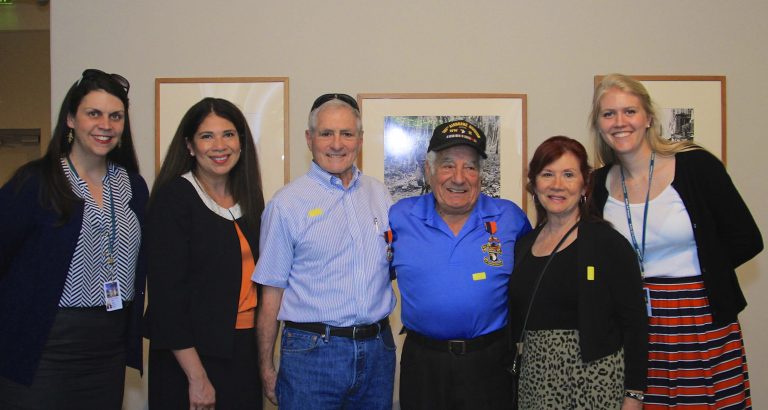 A Visit from the Airman of Airborne Beer

What a wonderful afternoon we (Kate Carey, Julie Ledet, and I) had last Thursday afternoon walking around the museum with two esteemed veterans and their guests. Retired Major General Buz Altshuler and Mr. Vince Speranza came to the museum to have a look at our exhibition World War II in Photographs: Looking Back. Mr. Speranza served in Company H of the 501st Parachute Infantry Regiment in the 101st Airborne Division and fought in Bastogne, Belgium during the Battle of the Bulge. It was during the siege of Bastogne by the Germans that Mr. Speranza inspired the name for the Belgian Airborne Beer. One the second day of the siege Mr. Speranza went to find his friend Joe Willis who was wounded and transferred to a makeshift combat hospital in a blown-out church. As an obliging friend, Mr. Speranza went to find Willis some beer and brought back a helmet-full of lager from the nearby pub. Mr. Speranza was such an enthusiastic helper that he went back and forth to the pub several times to give the other soldiers beer too, until he was reprimanded by a doctor. Mr. Speranza went back to Belgium years later to find a beer had been named after him! 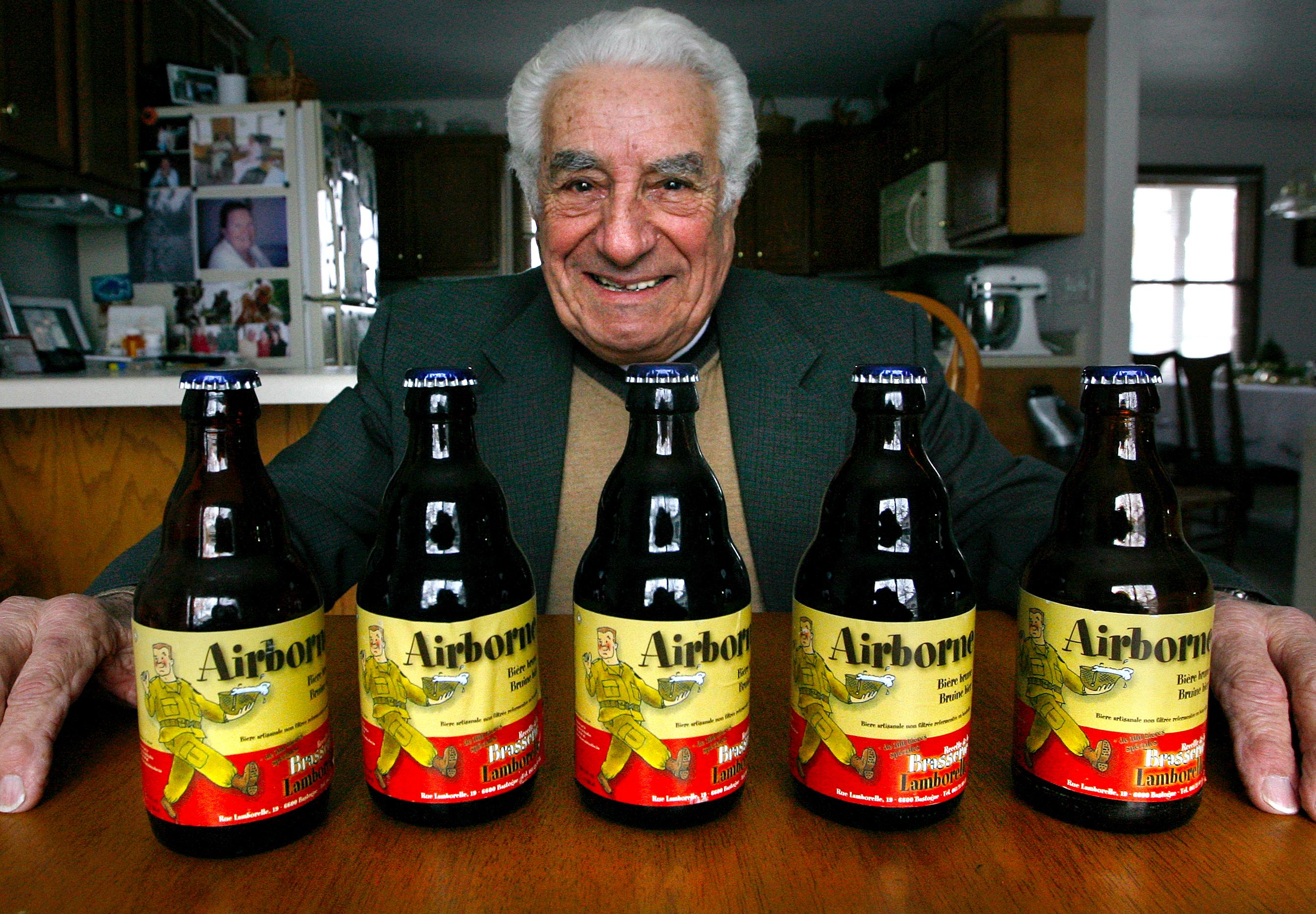 
Vince Speranza arrived with a large entourage—all eager to take a photograph with him. Vince’s driver turned out to be Buz Altshuler, a retired Major General who served in the US Army from 1967-2008. We were all treated to the story of how Buz and Vince reconnected after fifty years.

Altshuler had gone home to New York, for a high school class reunion and had run into his high school teach Mr. Speranza. During that reunion weekend Altshuler told Mr. Speranza that he played a big part in Altshuler’s decision to attend West Point and begin his military career. Altshuler’s career spanned almost four decades and involved time in Vietnam, Bosnia, in the 351st Civil Affairs Command, and the 353rd Psychological Operations Battalion.

The highlight of the afternoon was hearing Vince’s stories about his time in WWII and the memories that the photographs in the exhibition drew out of him. He recounted stories about the Battle of the Bulge and, as we passed a photograph of French children welcoming American troops, he remembered handing out chocolates to French children as well. A video of the Andrews Sisters brought back some good memories. As we passed a photograph by Irving Haberman of Marlene Dietrich Kissing a GI Vince noted that Marlene was one of the performers who actually visited him while stationed abroad. As he recalls, she started lifting up her skirt, bit by bit, as she danced until finally she had her skirt hiked up close to her waist in order to reveal the 101st Airborne insignia painted on her upper thigh. 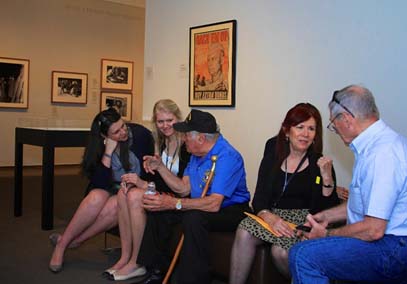 After serving in World War II, Private Speranza returned home to New York and applied to go to college. During a gap year he worked for Procter & Gamble shoveling soap flakes onto a conveyor belt for about a month before signing on with the US military again to work on ships crossing the channel bringing soldiers home from Europe. Mr. Speranza went on to college and then taught high school science in his local Staten Island, married and raised a family.

What a wonderful way to spend the afternoon! On our way out we ran into two other World War II veterans visiting the exhibition! World War II in Photographs: Looking Back closes this Sunday May 10th so please stop by for a look! 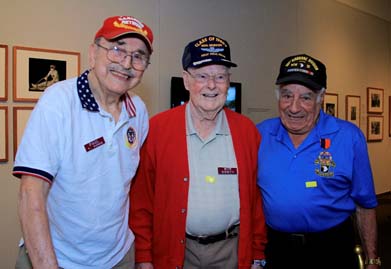