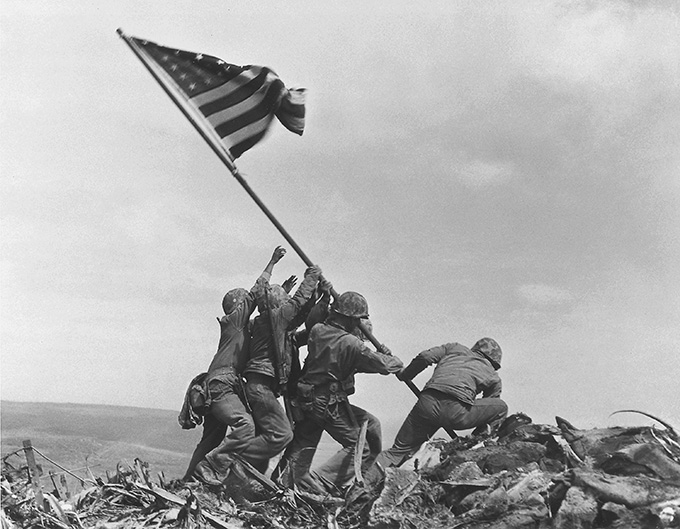 World War II in Photographs: Looking Back commemorates the 70th anniversary of the war’s end and honors San Antonio’s great military heritage with an exhibition of iconic images by some of the great photojournalists of the time. It also documents the war effort on the home front in San Antonio. A special feature is a group of photographs of the Monuments and Fine Arts Officers, or “Monuments Men,” who rescued art stolen by the Nazis.


The exhibition is especially fitting for the McNay, as Marion Koogler McNay was a strong supporter of the war effort on the home front. Don Denton McNay, her first husband, died at an Army camp in Florida during World War I. During World War II, she purchased and furnished many residences across San Antonio to provide housing for young officers and their families, going so far as to move houses to the grounds of her estate that became the McNay Art Museum.

World War II in Photographs includes images by such luminaries as Margaret Bourke-White, Alfred Eisenstadt, and Carl Mydans that express the heroism, sacrifices, and hard work that brought victory. These photographs are sure to fascinate a younger generation unfamiliar with them, as well as an older generation of Americans that remembers them well.


Images have been provided by a variety of sources including the Fort Sam Houston Museum, San Antonio, Texas; Library of Congress, Washington D.C; Monroe Gallery of Photography, Santa Fe, New Mexico; Monuments Men Foundation for the Preservation of Art, Dallas, Texas; National Museum of the Pacific War, Fredericksburg, Texas; and The University of Texas at San Antonio Libraries Special Collections.

This exhibition is organized by the McNay Art Museum. The Elizabeth Huth Coates Exhibition Endowment and the Arthur and Jane Stieren Fund for Exhibitions are lead sponsors. Susan and John Kerr, the Director’s Circle, and the Host Committee are providing additional support.