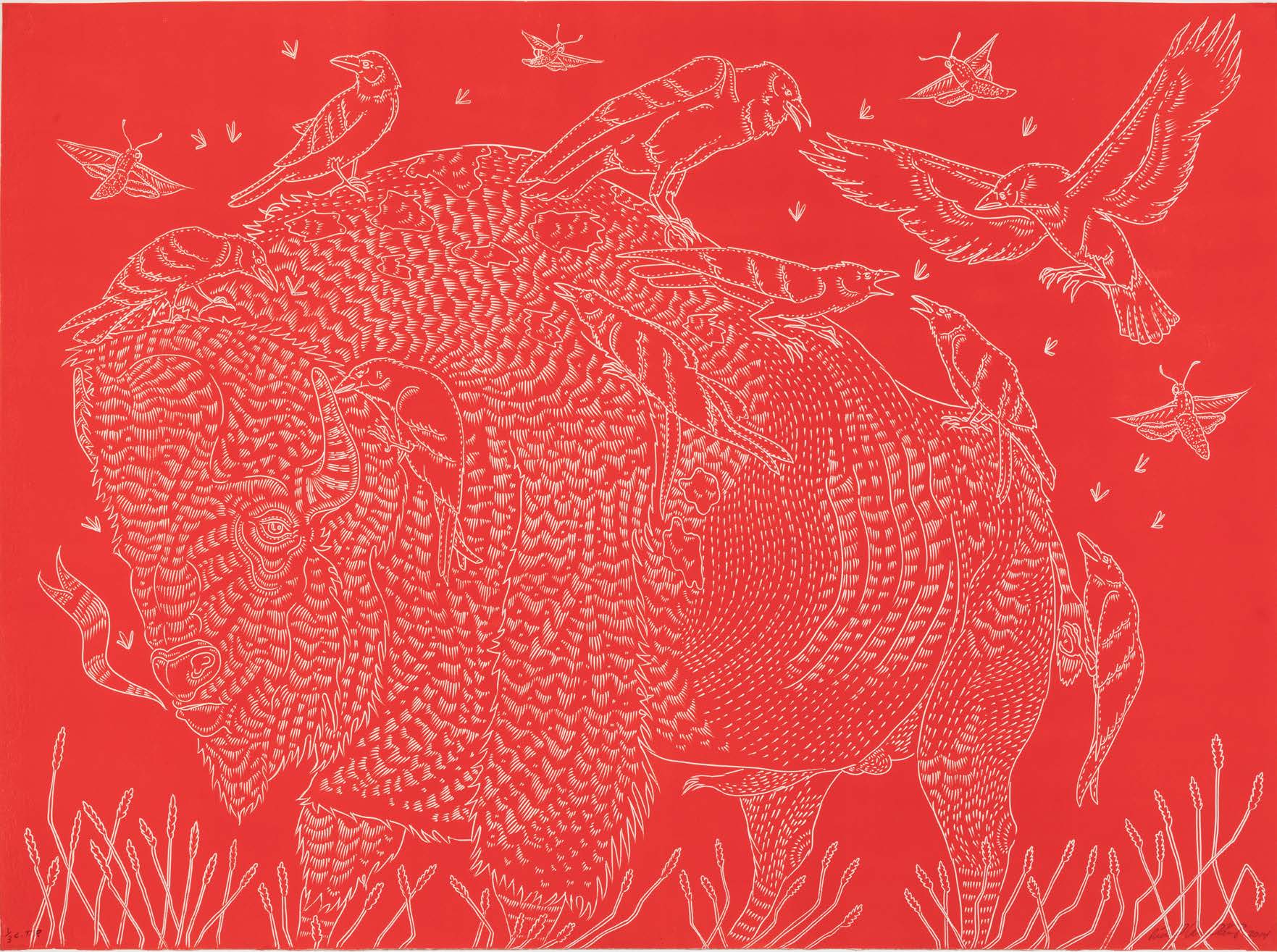 
Animals of all types have long called the McNay home. When the property was a working farm, goats and other livestock grazed on the landscape. After Marion Koogler McNay built her Sunset Hills residence, peacocks strutted around the gardens and dogs roamed the patio. Founding director John Leeper lived in a house on the grounds and had a succession of pampered cats. It is not surprising that animals also populate the McNay’s Permanent Collection.


Inspired by the recent acquisition of Luis Jiménez’s monumental lithograph, Alligator, this exhibition—titled El Rancho McNay: Animals in the Collection—includes images of animals in a range of media, from etchings depicting dogs on the McNay patio in 1930 by Mary Bonner, to Richard Armendariz’s large woodcut Red Saturn and His Children from 2016. Other artists represented in the exhibition are the Bay Area master printmaker Beth van Hoesen, Chicano pioneer Frank Romero, Modern master Pablo Picasso, and Raoul Dufy, a favorite of Mrs. McNay.

El Rancho McNay: Animals in the Collection is organized for the McNay Art Museum by Lyle W. Williams, Curator of Collections.


This exhibition is a program of the Arthur & Jane Stieren Fund for Exhibitions.